This setup is mostly a carry-over from my old Black Evo 9.

Basically, when I started this project there was only one name in town – Orbital, which made a terribly fitting HVAC control bezel that allowed Evo 8-9 owners to move their hvacs to the lower portion of the dash while opening up the top portion for a double din head unit. I ran this unit for a while before finding a better option:

I ordered the JDM bezel from Japan, and had a custom made lower portion of the HVAC to run this:

However, during this era headunits were slow, clunky, and after the rise of Android/Google maps, nearly useless. I ditched the setup when I moved to my new Evo, selling the headunit but keeping the pieces waiting for the day when cheap Android headunits would rise – and they finally have. Spurred on by my expert friend’s near move to California, I decided to jump on it and finally replace the open gap in my Evo with a brand new headunit.

The headunit I chose was the reasonably priced Joying quad core unit found here. I was impressed by the speed of the unit and decided it was the right one for me. The unit runs a little large, which is also perfect as there is quite a bit of gap in the picture above. Hardest part was finagling with the brackets enough to get the unit fitting perfectly. Also required some cutting of the metal surrounding area so everything would fit right, especially the HVAC. My buddy took care of soldering the wires and all that, and it actually worked on the first try to my complete surprise. Pics below! 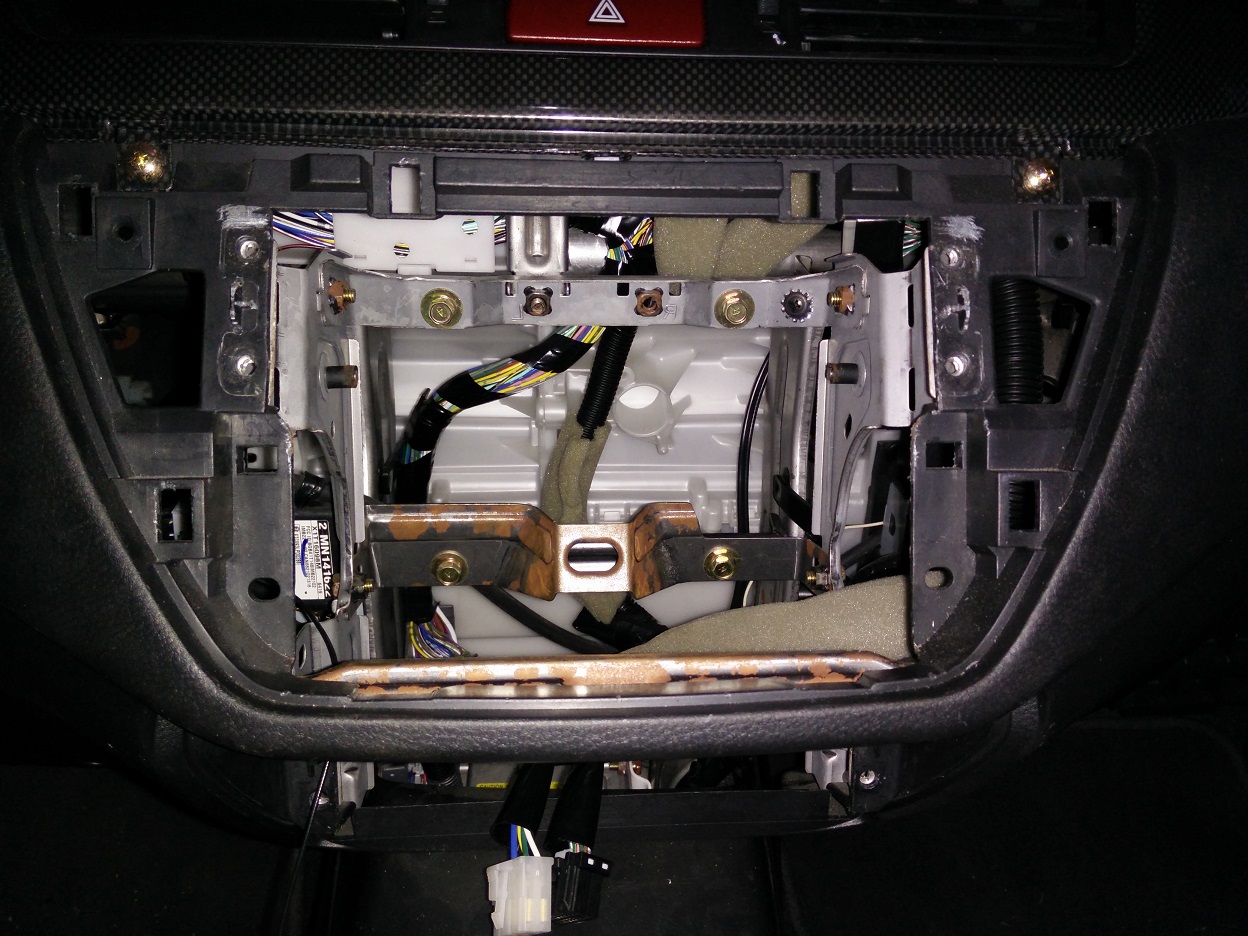 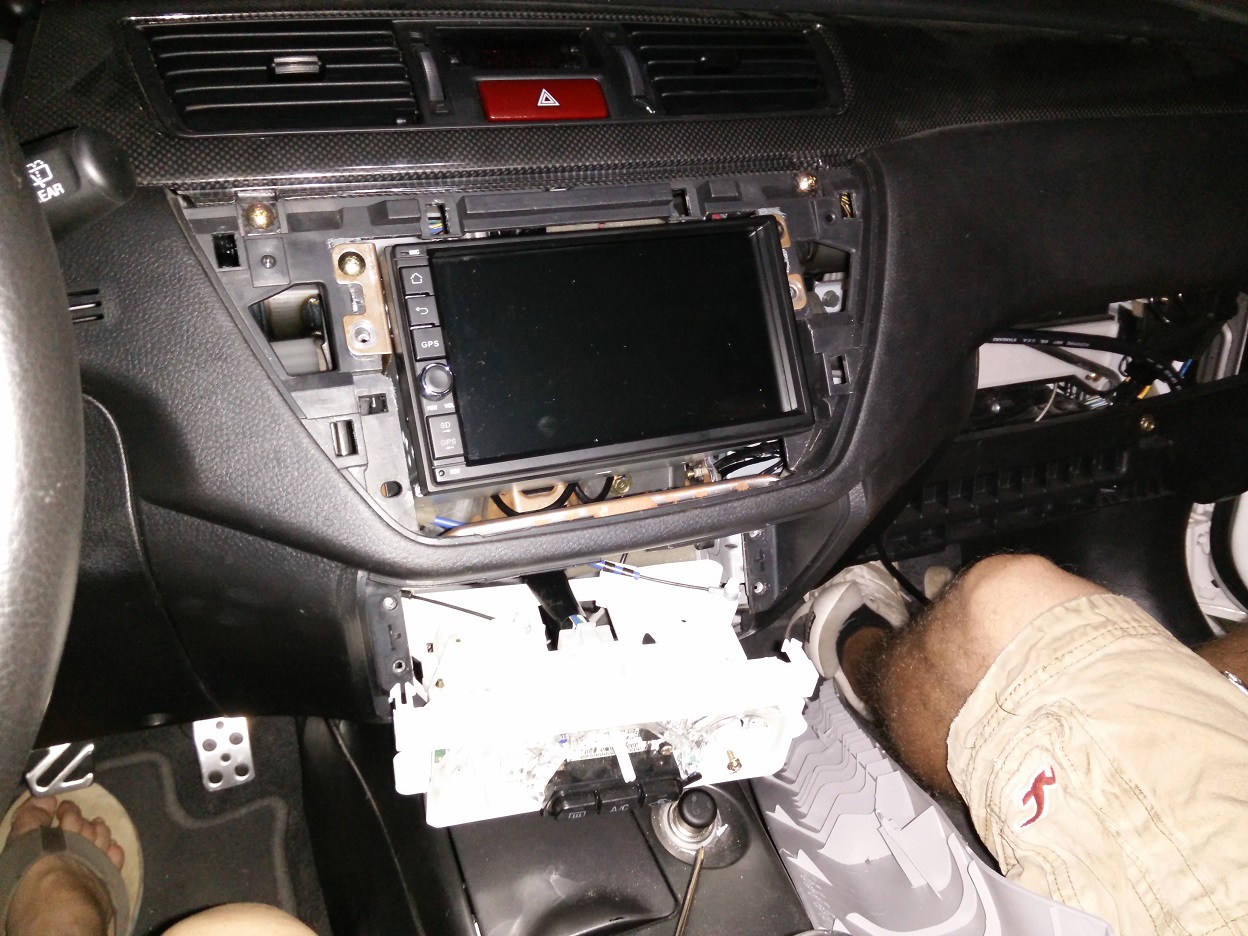 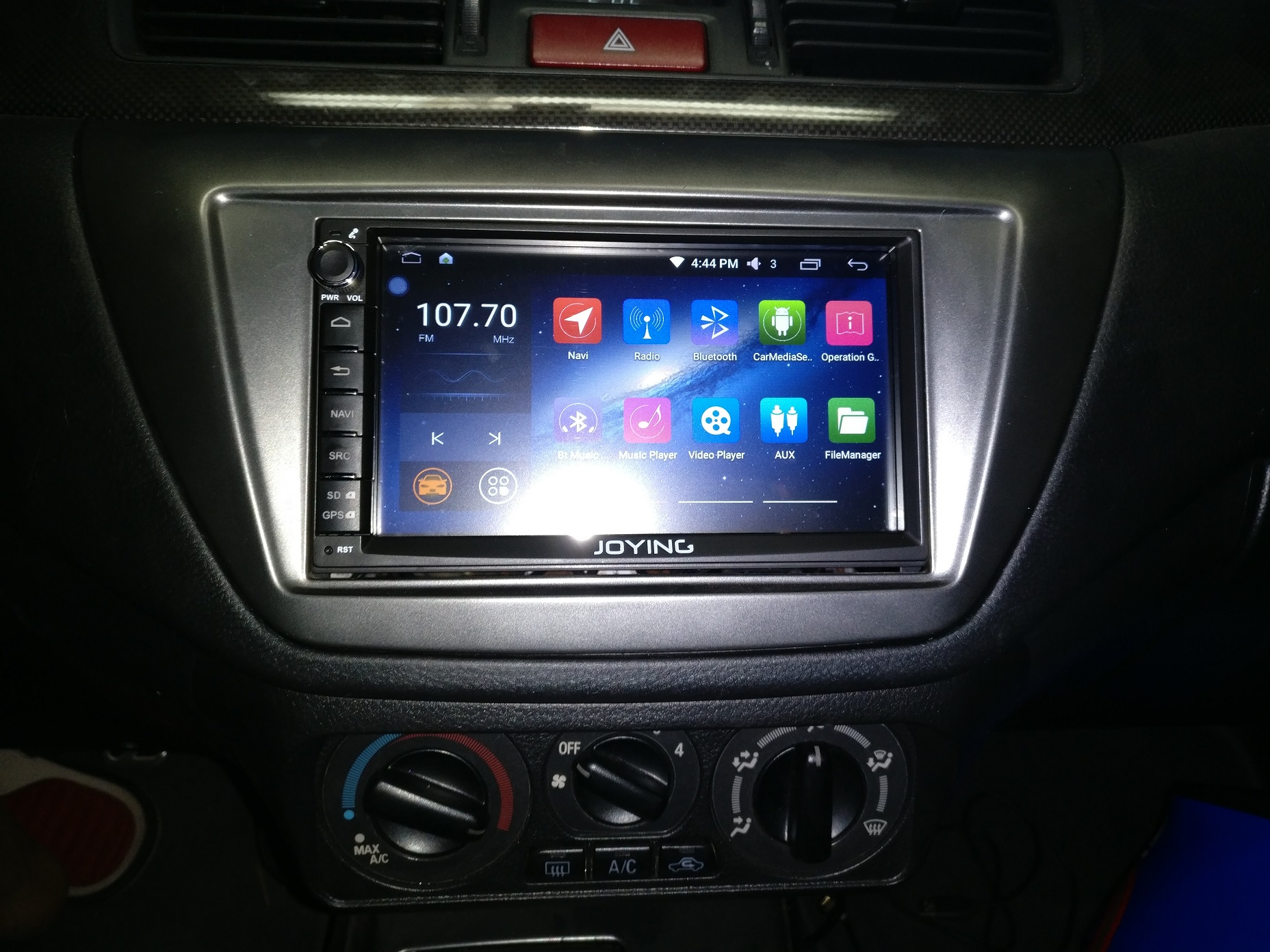