With the Corolla pushing on strong with 223,000 miles, and my recent travel requirements, I’ve decided to make an upgrade to improve the livability by installing an Android headunit. How-to below. I purchased the Joying Android 6.0 headunit designed for the Corolla, which will come with the appropriate trim & connection to make this a plug n play setup.

1. If you have an automatic, put the car in neutral – it will make it easier to remove the center console parts. I made the mistake of putting the car in park at first, and had to re-connect the battery and put it back to neutral.

3. Remove the bottom trim surrounding the panel by using a panel popper at the back end. You do not need to disconnect from the cigarette lighter, you can just twist it out of the way. 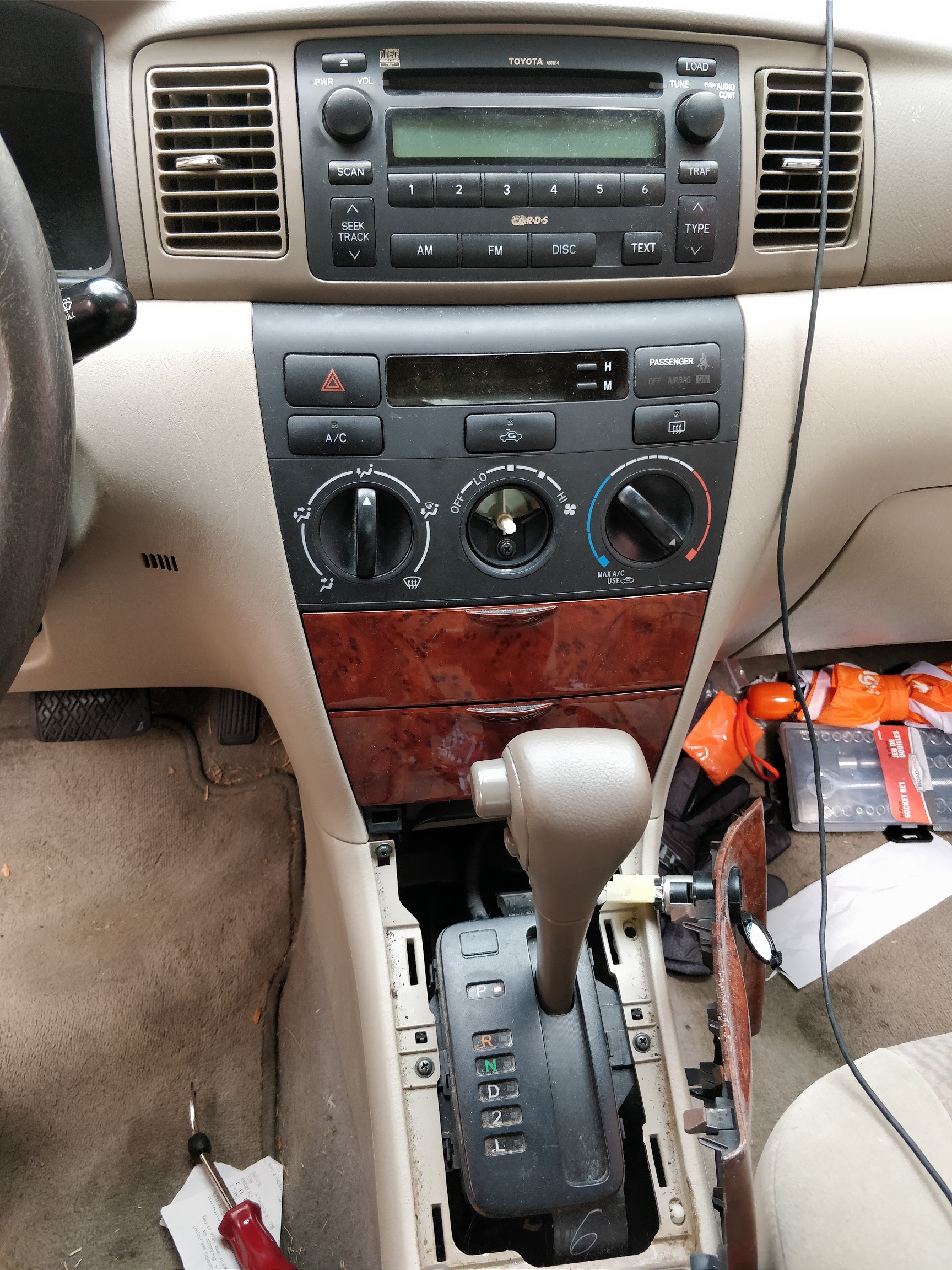 4. Remove the center HVAC knob, as shown above, and the screw below it. once that is done, the entire center portion can be pulled out. This is where it is crucial that the car was left in neutral. There are 4 clips attached to the top of the center portion, unclip each before removing.

5. Once that is done, there are 4 philips head screws under the OEM headunit which hold it in. You will need a very long extension to reach these. After unscrewing, use a magnetic reach to pull them out. 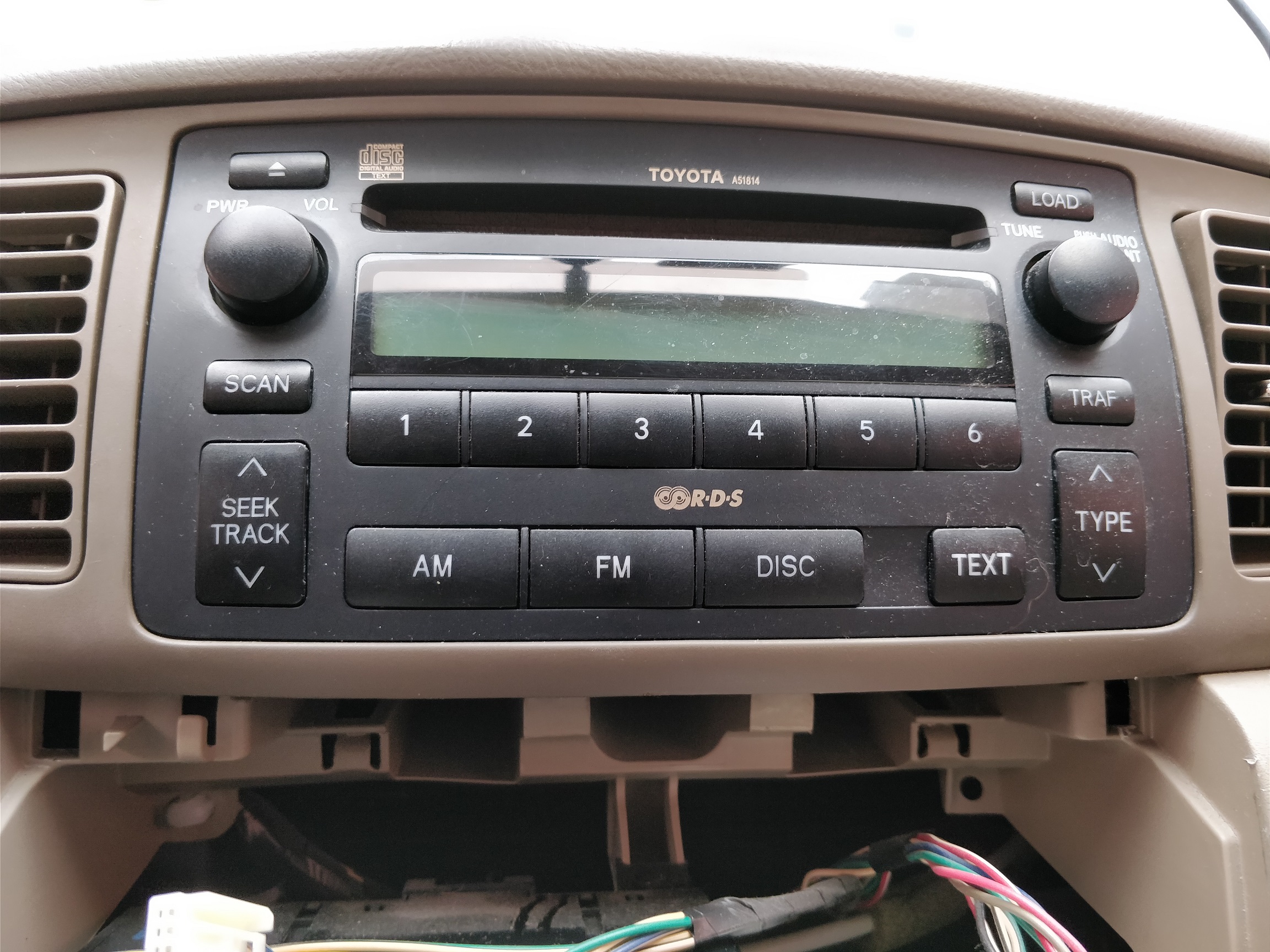 6. After that, the entire trim, including the HVAC portion, will come out. They will need to be worked out, as there are attachment clips corresponding to the areas in the picture below. There are also 3 cables that were used in the OEM stereo – the radio cable and 2 electrical clips. If you purchased a Joying head unit, it will come with one clip that is the female acceptor for the 2 clips, which will then feed into one single clip that enters the Joying headunit. 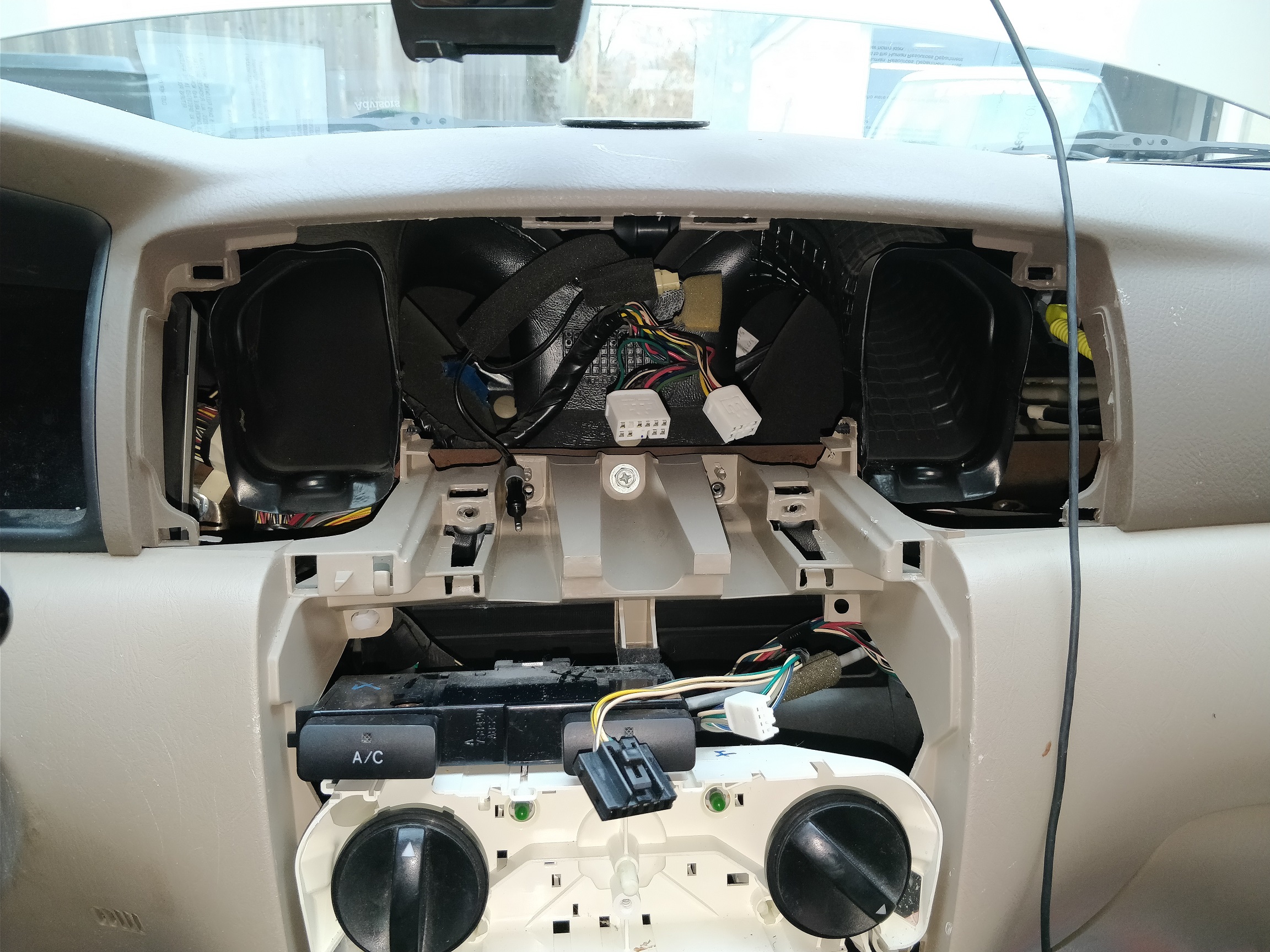 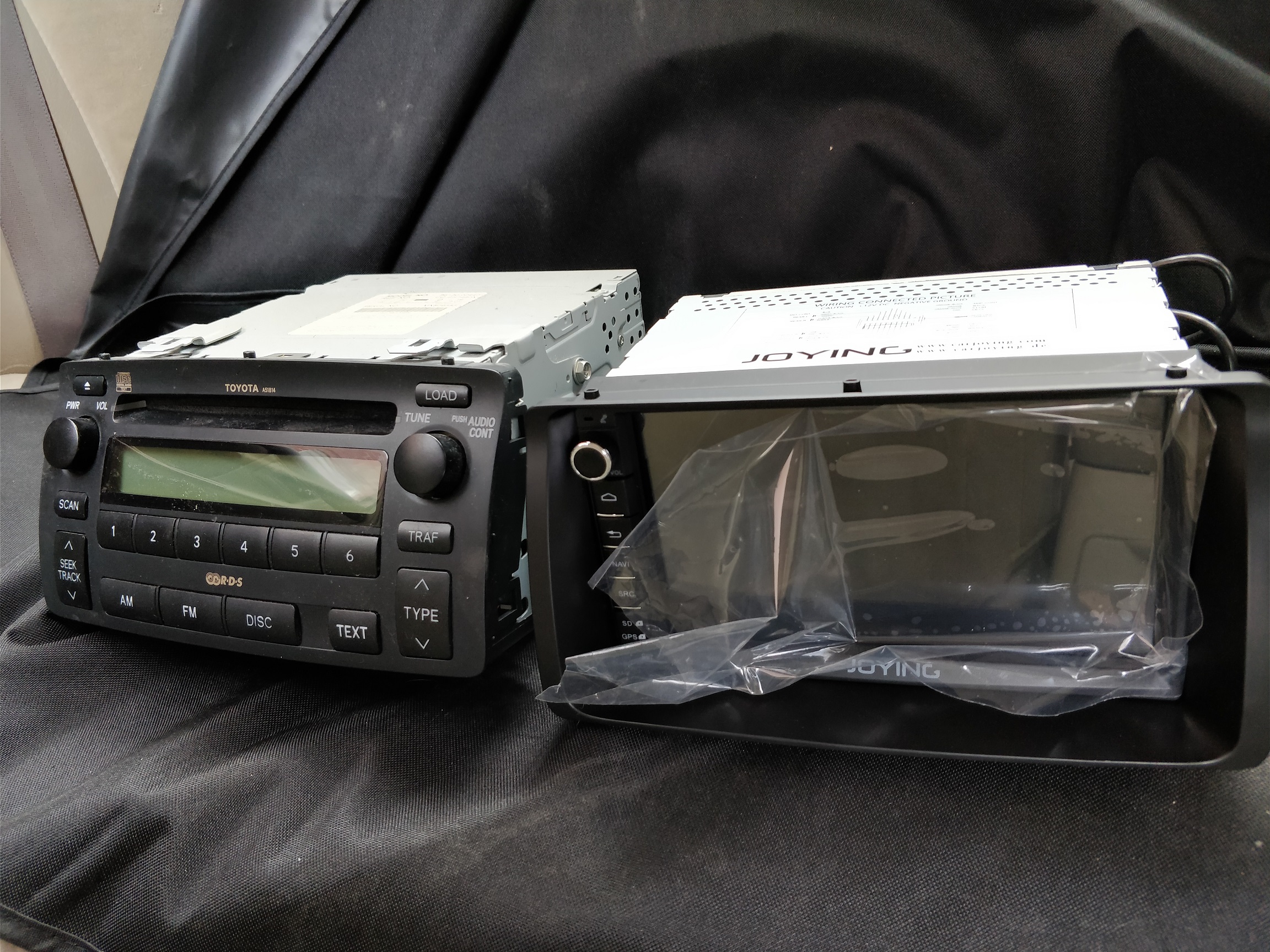 7. If you area installing the microphone & GPS unit in the location I did, you will want to remove the A-pillar trim. Also crucial to not touch the side airbag module, and another reason to have the battery disconnected. This trim just pulls out after undoing it’s clips. Once out, place the microphone and GPS accordingly, and, from under the steering column area, taking care not to get tangled with anything, route it back to the head unit area. I used a flexible grip arm to route through where I wanted the wire to go. 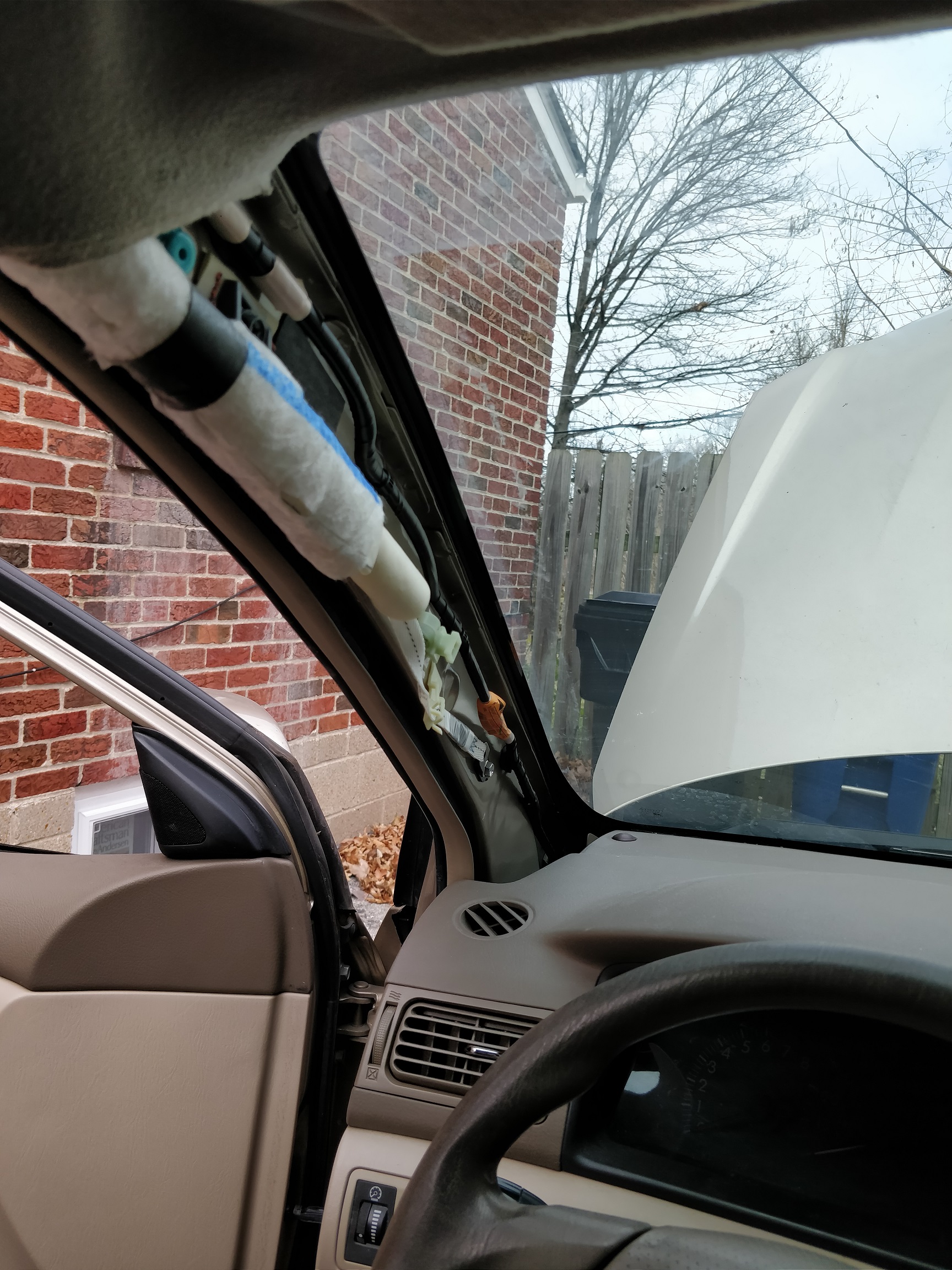 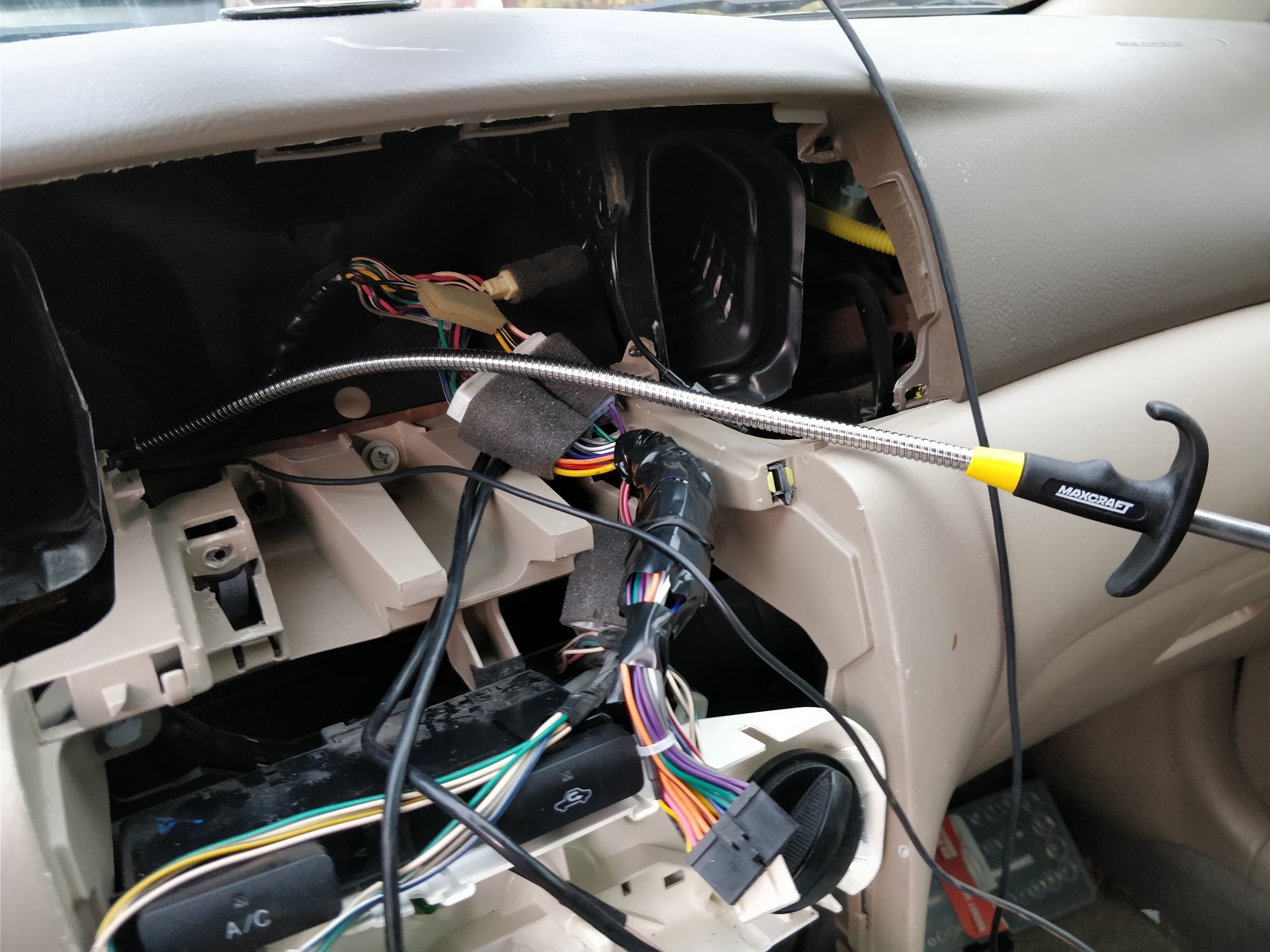 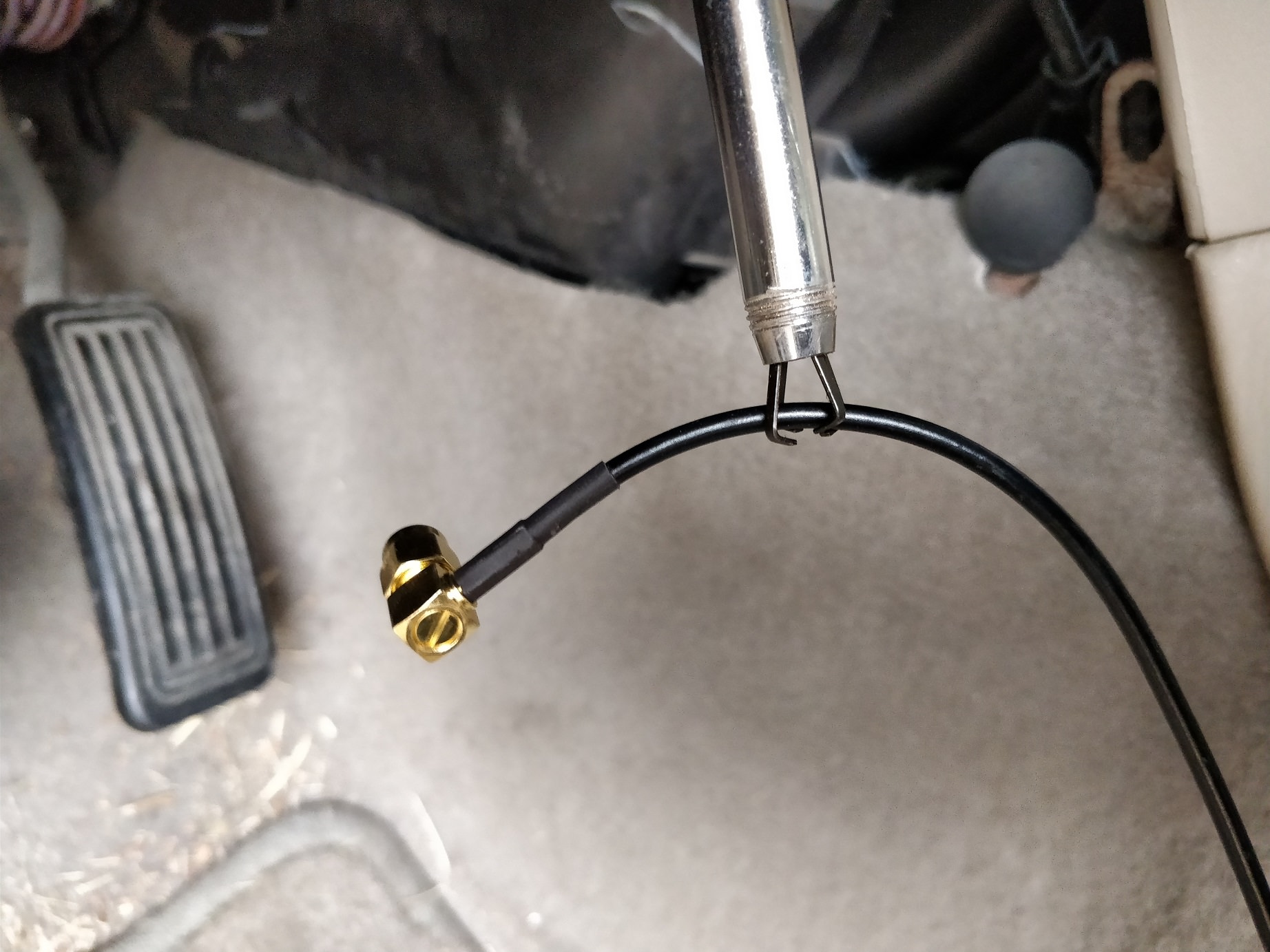 8. With the headunit out, you want to transfer the mounting bracket from the OEM headunit to the aftermarket one. The aftermarket one should come with bolts that screw into it, but the bracket holes may not line up, as they did not in my case. I had to screw two new holes on each side to get the bracket to fit. This is probably the trickiest part of it. 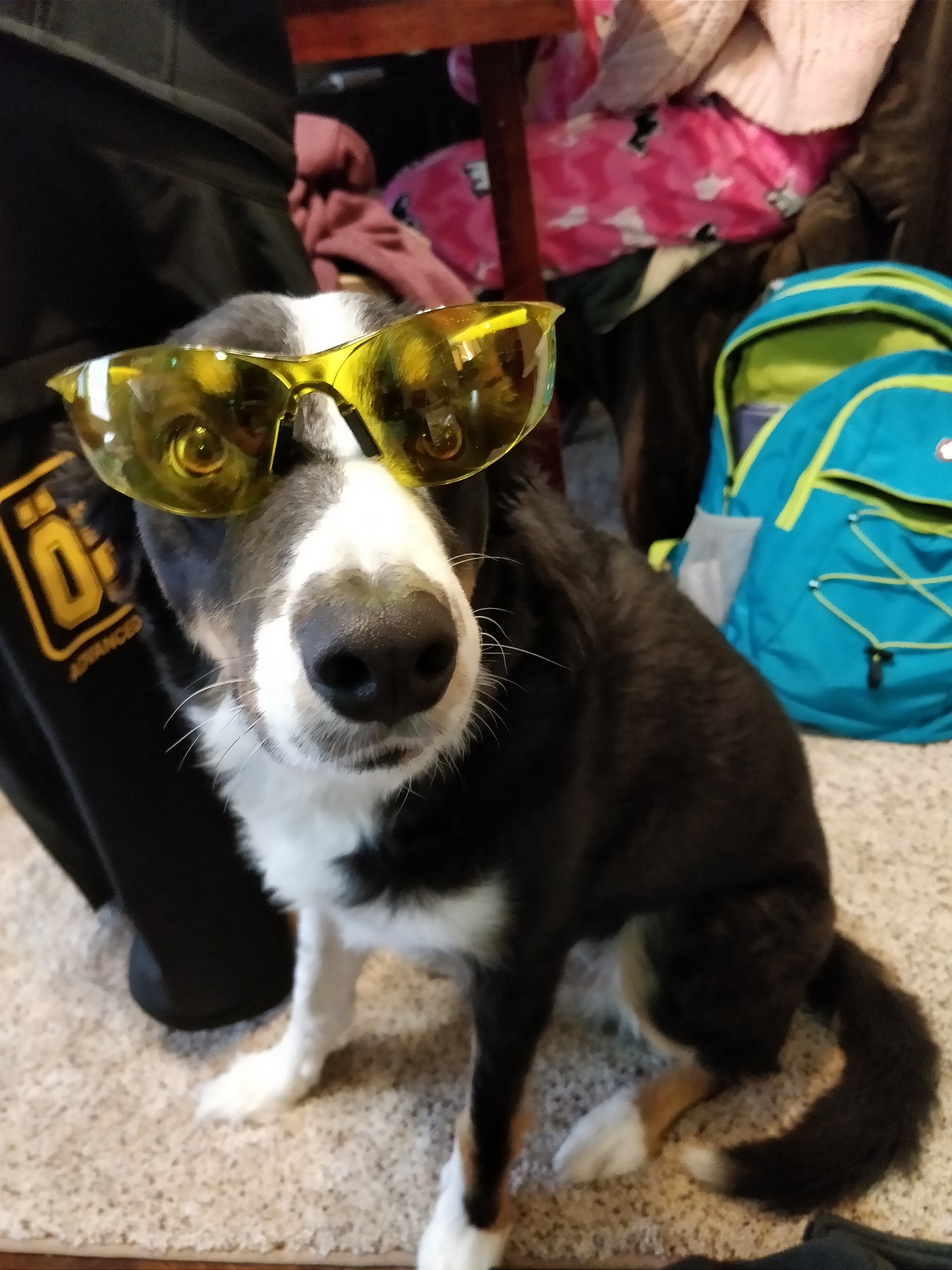 New holes (see bottom one adjusted for not being totally accurate): 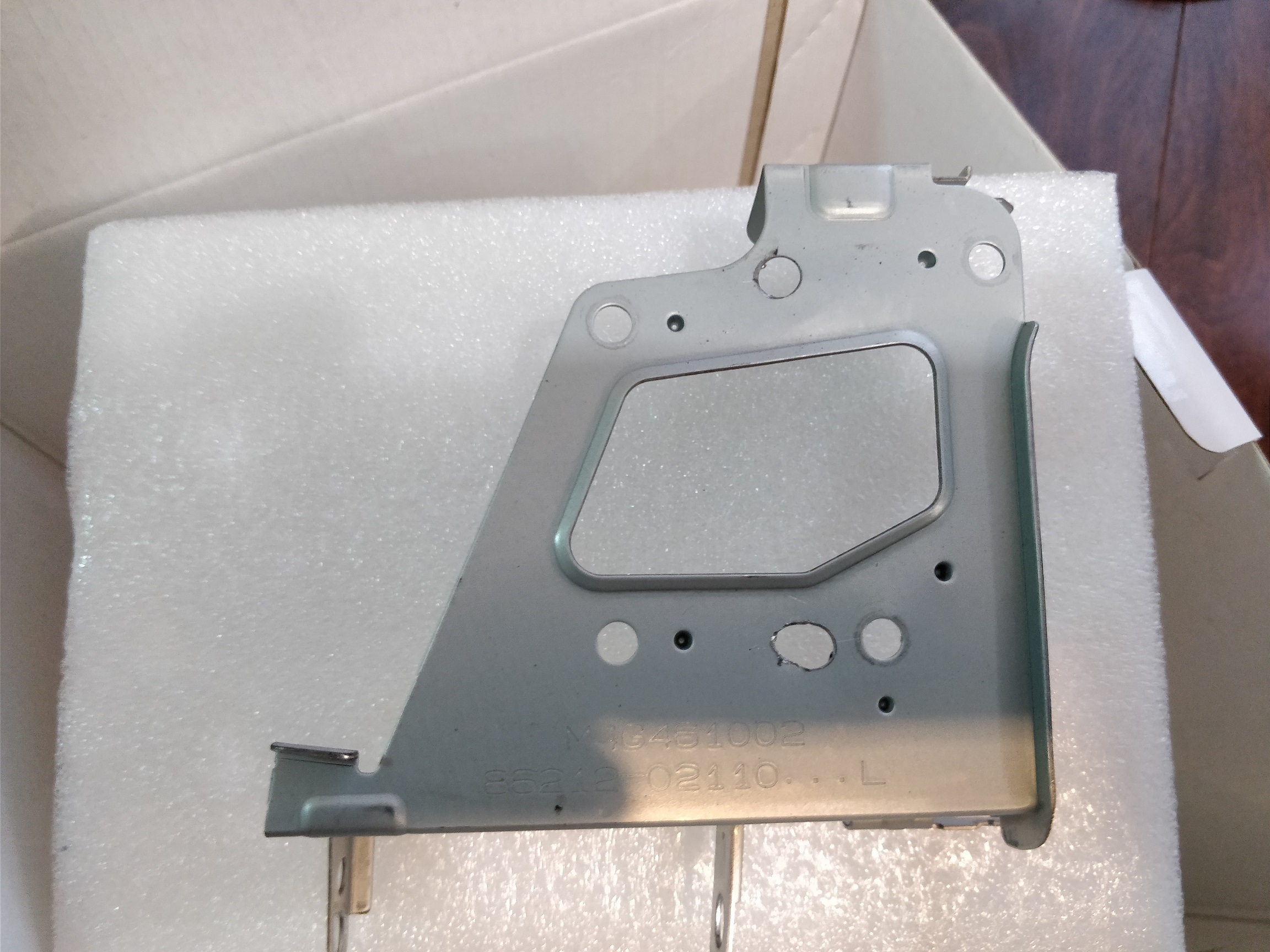 9. Once that is done, you can transfer these brackets over to the new headunit. 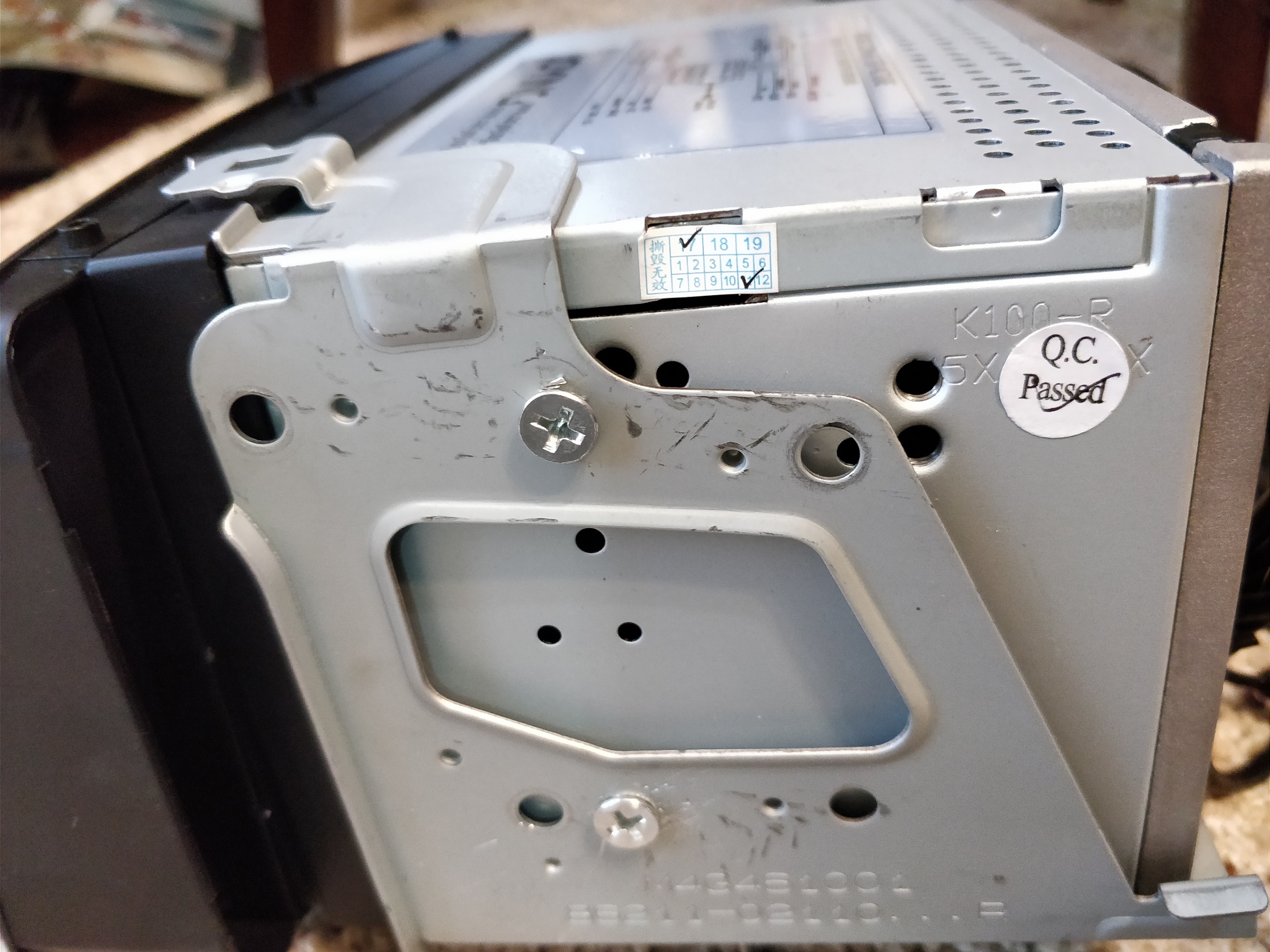 10. The Joying also comes with a black surrounding trim that helps the headunit fit into the existing panel, as shown below. This works out pretty well. 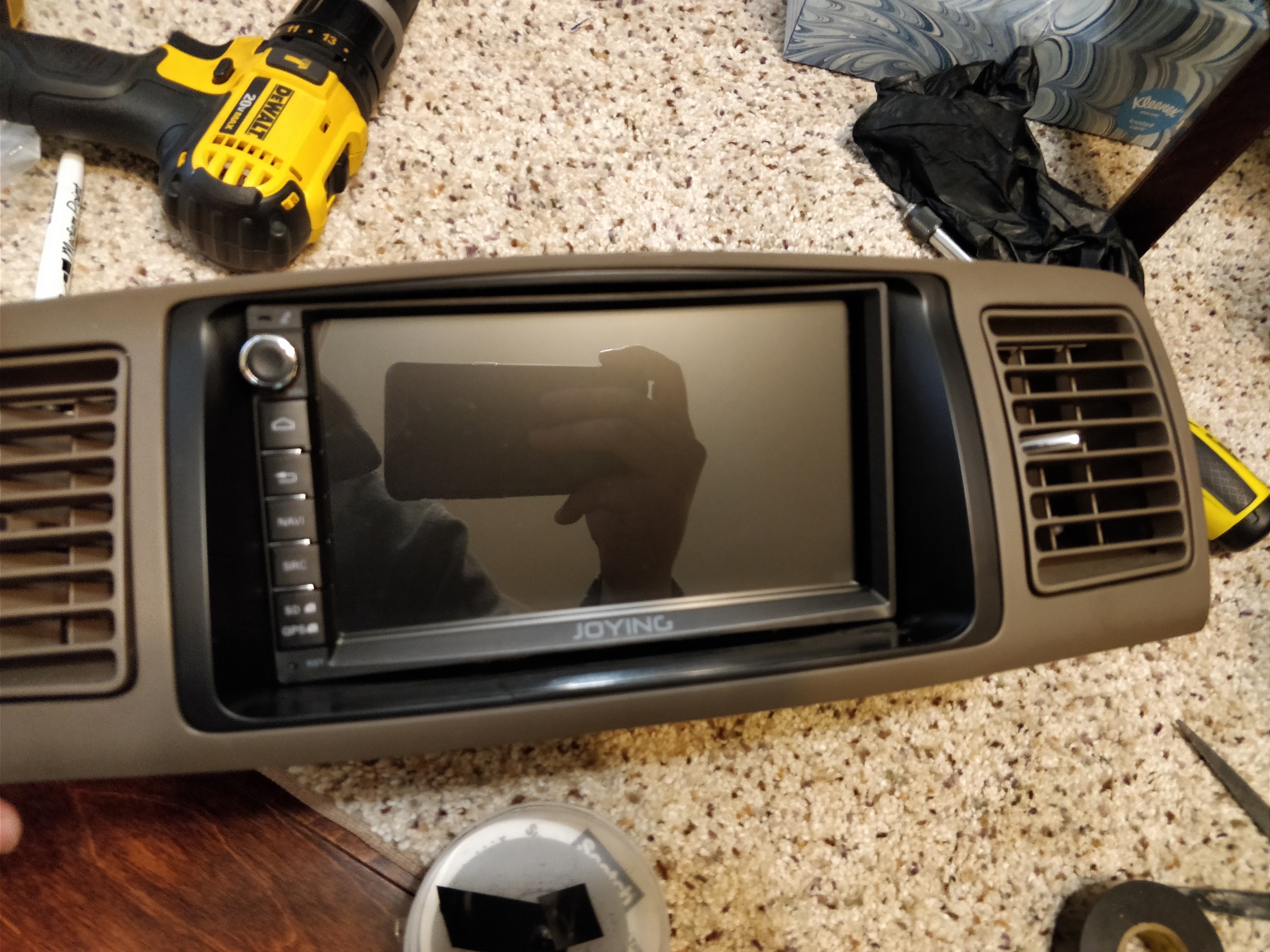 11. Once this is complete, you can simply plug in all the corresponding clips into the back of the headunit, and reverse the steps to complete the install. Before completely wrapping up, be sure everything powers on accordingly and works properly. All set! 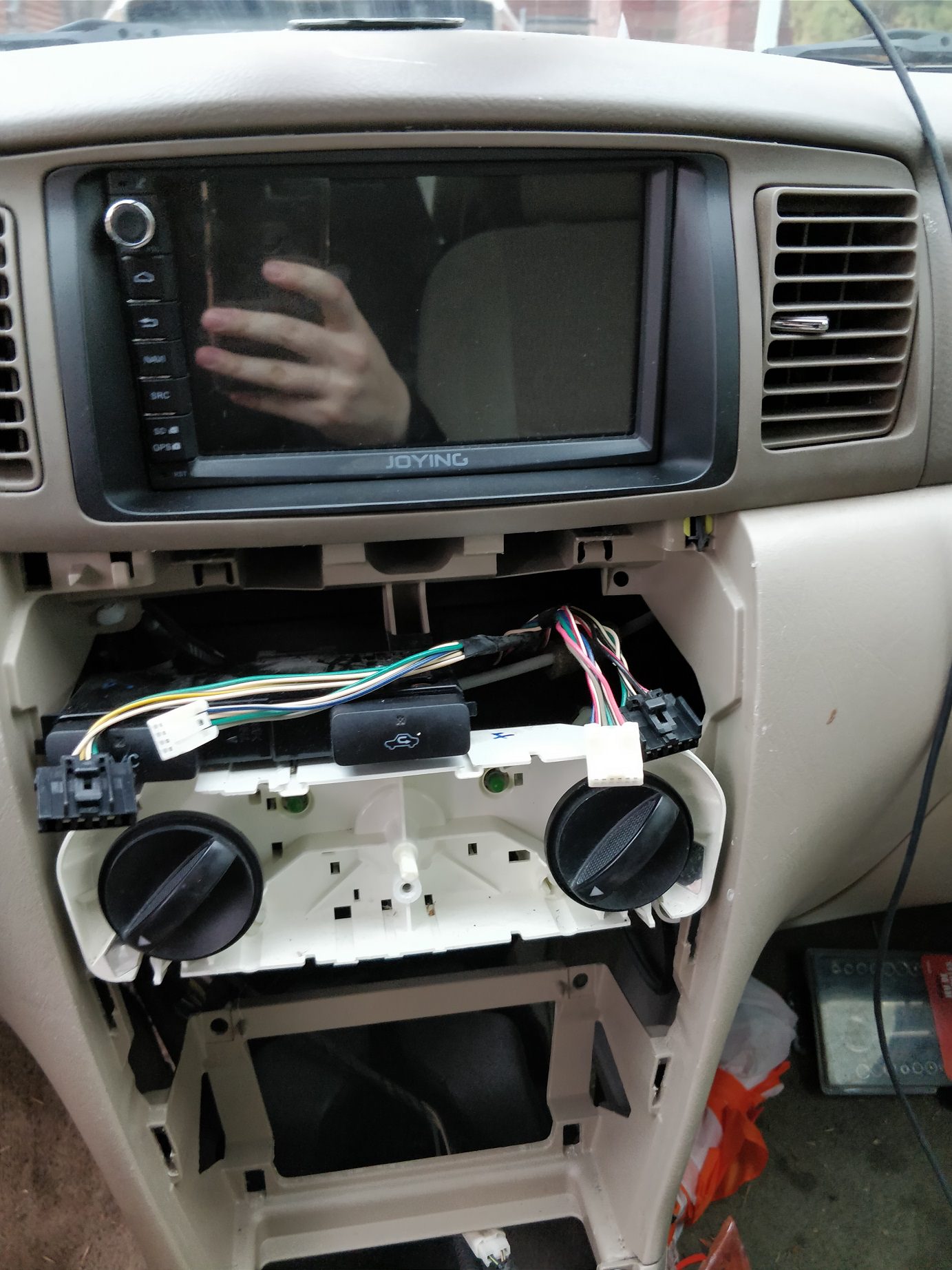 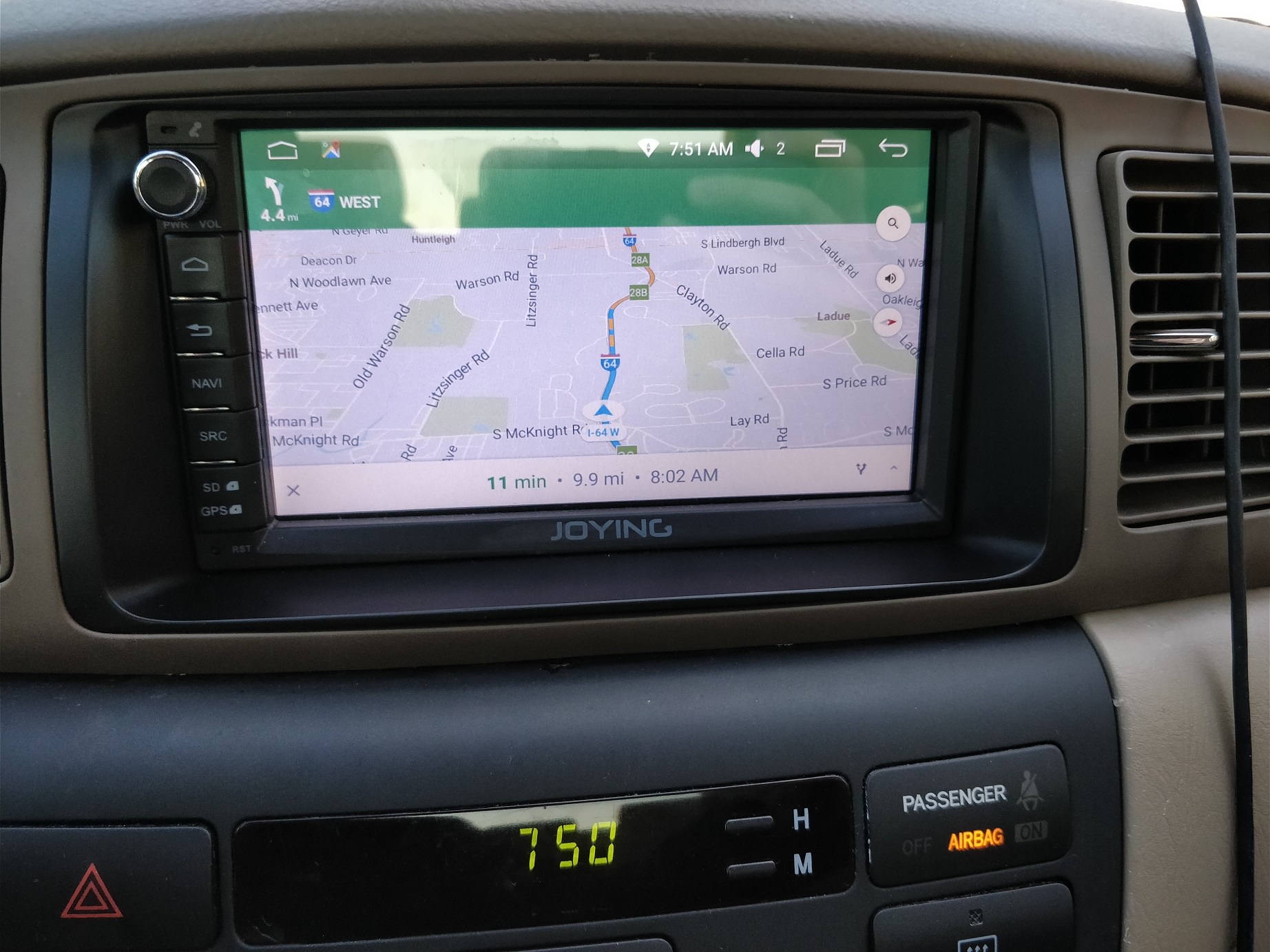 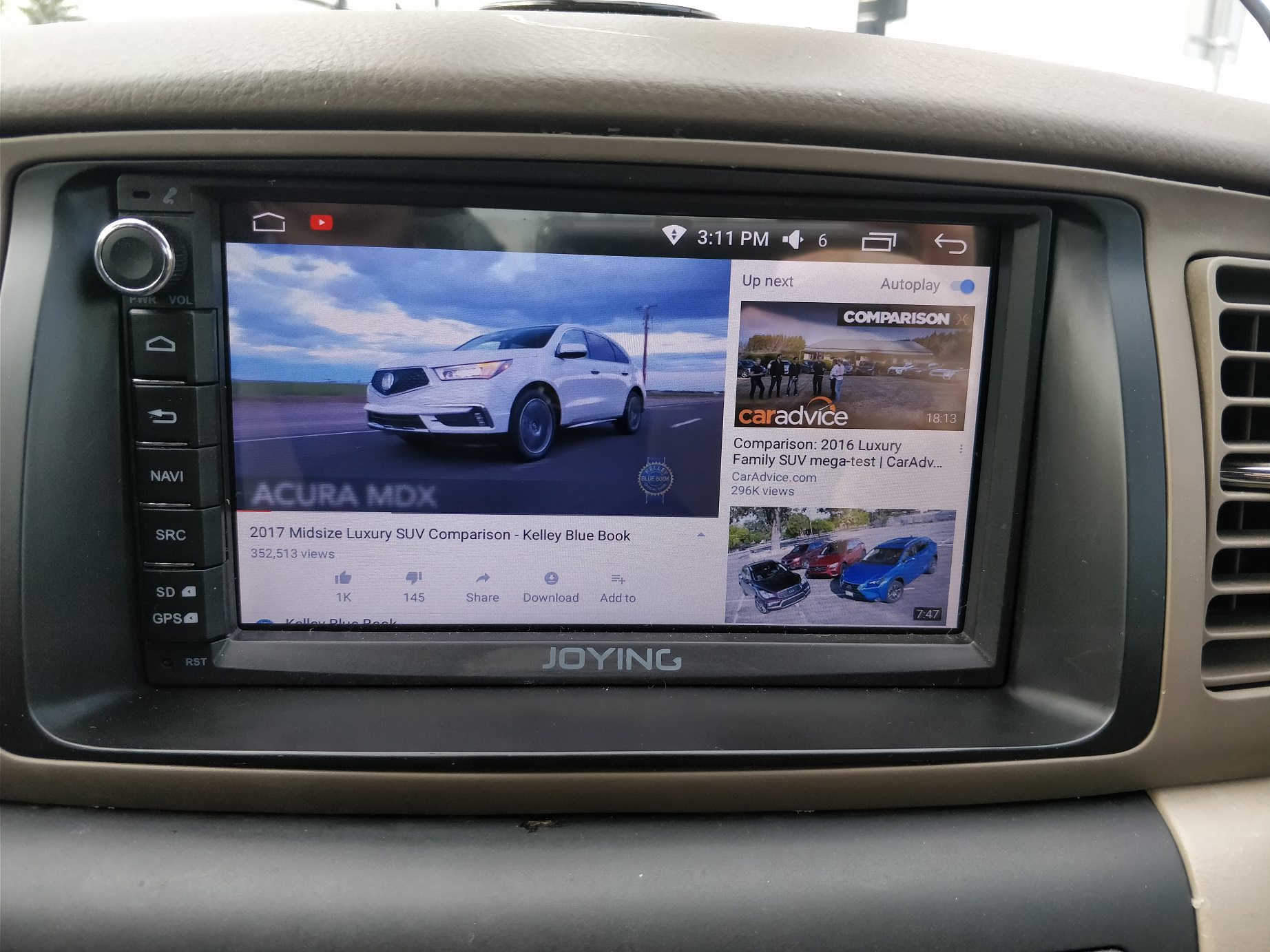