For the 2019 season, I’m switching from the 24mm Whiteline rear sway bar (BMR65XZ) on the Evo to the 26mm bar (BMR65XXZ). Making this switch as part of a general effort to reduce the pushiness of the Evo. While I suspect much of this is due to the tires on the car at the moment, the 26mm gives me additional flexibility to make the car looser if I so choose. I had already been running on the stiffest setting of the 24mm, and per the Whiteline sway bar chart, the stiffest setting on the 24mm should be roughly equal to the softest setting on the 26mm, which is where I plan to leave it for now. The oem evo 9 rear sway bar is 22mm, so the chart below gives a rough idea of the change stiffness. That said, it is notoriously difficult to know how much a bar actually increases stiffness. This is because there are many factors that go into determining this, including thickness of the bar, the design of the bar, whether it is solid or hollow, the length of the arms and the shape of the arms, etc. So, while the softest setting may not necessarily be 19% stiffer (+119%) than the OEM bar, we can reasonably assume it is close, give or take. At the very least, I should be able to expect Whiteline to be consistent with itself; i.e., the softest setting on the 26mm bar = the stiffest setting on the 24mm bar (167%). This will help, as I planned to do some 1 for 1 testing with everything the same, except the new differential, and then again, except with the new tires later in the season. 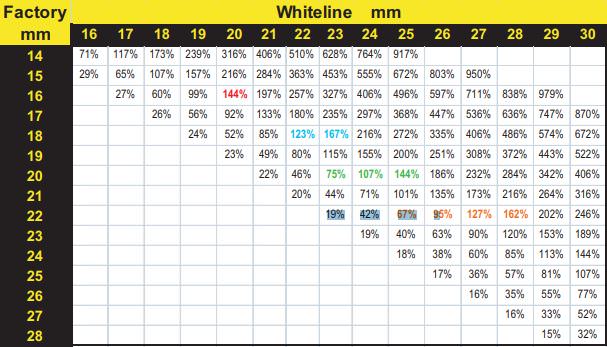 That said, there are some interesting design changes between the 24mm and the 26mm. While the 24mm combined the bracket that held the bar onto the car with the bushing itself, the 26mm separates that bracket from the bushing, and the bushing bolts on to that bracket. Gone are the yellow bushings that Whiteline used to use, it seems they did away with that trademark a few years ago, and the design of the arms are much different. The 24mm bar kinks back before the arms, perhaps increasing the arm length, while the 26mm bar is a much more angled design. The 26mm bar is much more heavy duty, and the setup is roughly 5 lbs heavier overall. The bar also came with lateral lock rings, which I haven’t decided yet if I will use.

Even with the rear differential out, it still required dropping one of the trailing arms to easily finagle the bar out. The trailing arm bolt is a 19mm on the back side, 17mm on the front. The bolts that hold on the OEM bar and the new bracket are 14mm bolts. The bolts that connect the bracket to the bushing mount were 15mm and 17mm. Pics below: 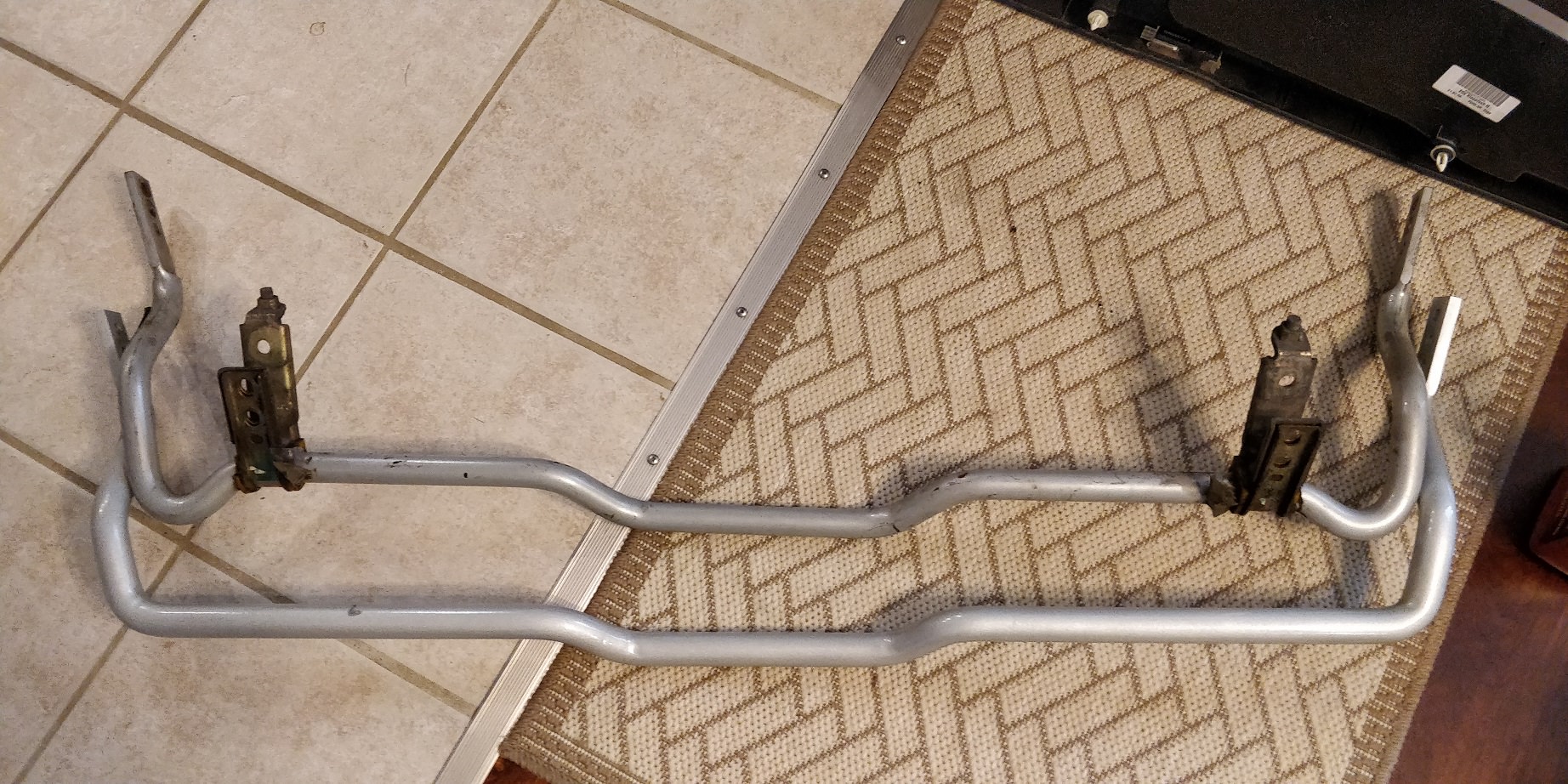 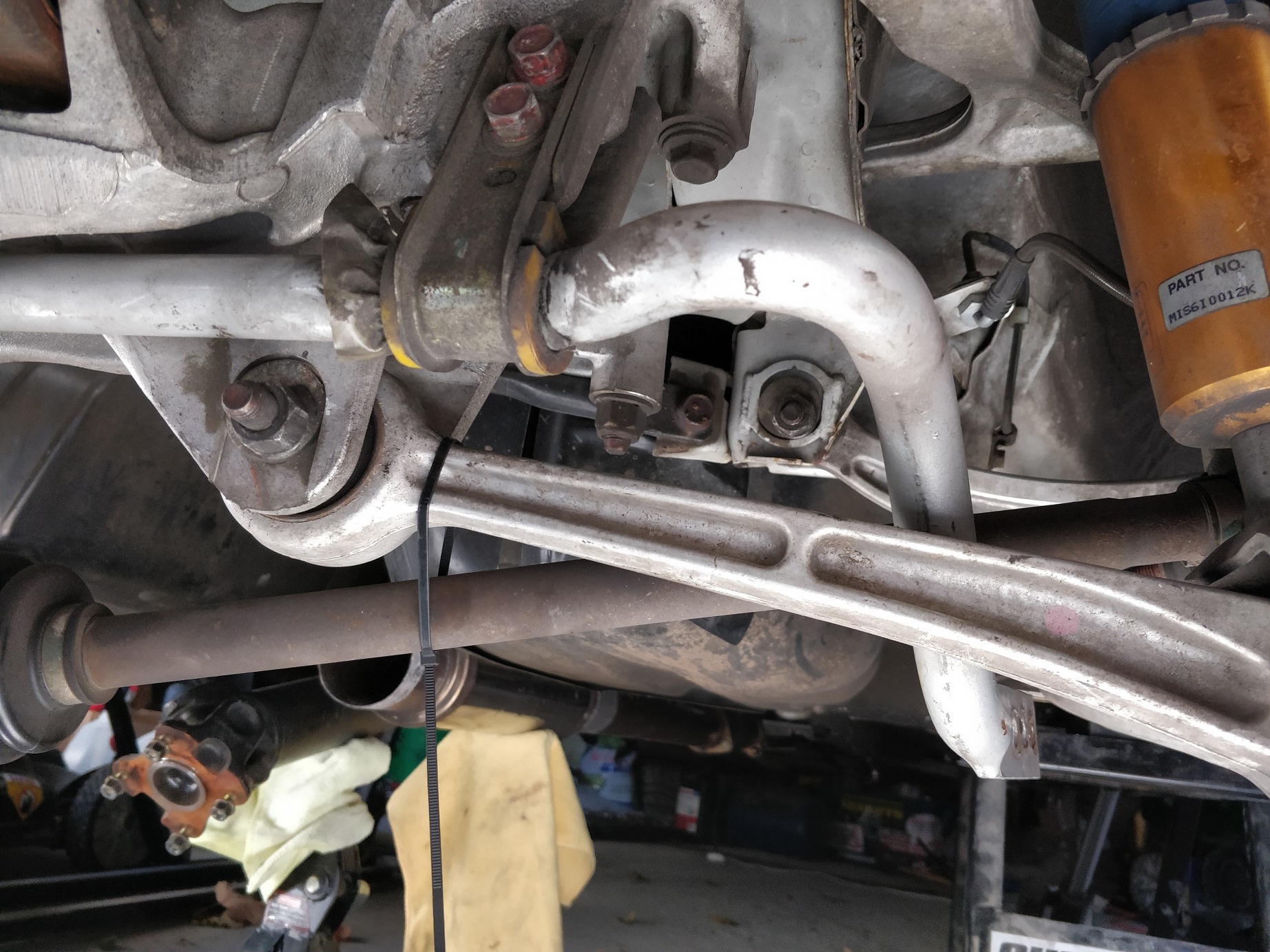 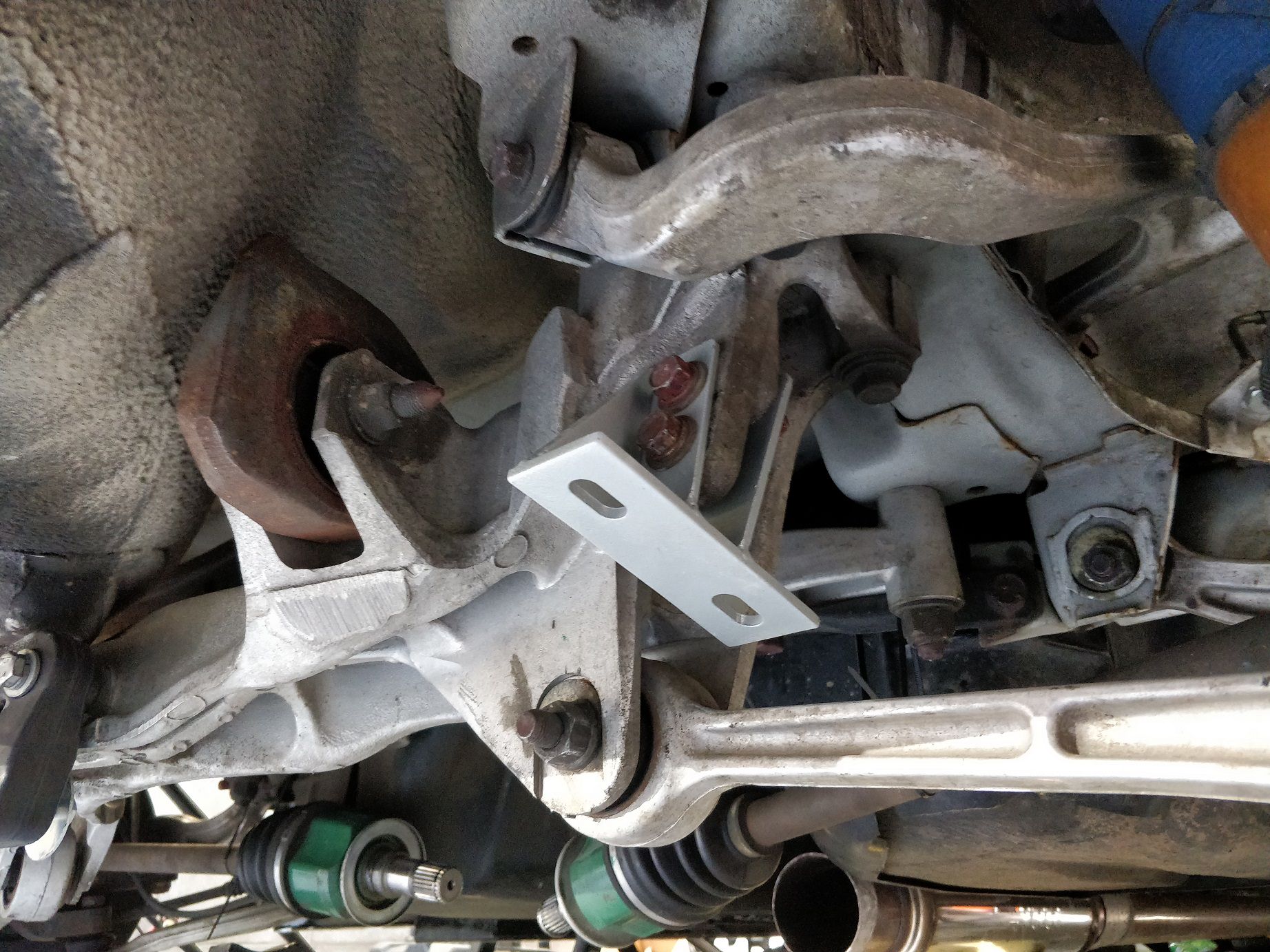 Separate part for holding the bushing mounts to the bottom of the bracket: 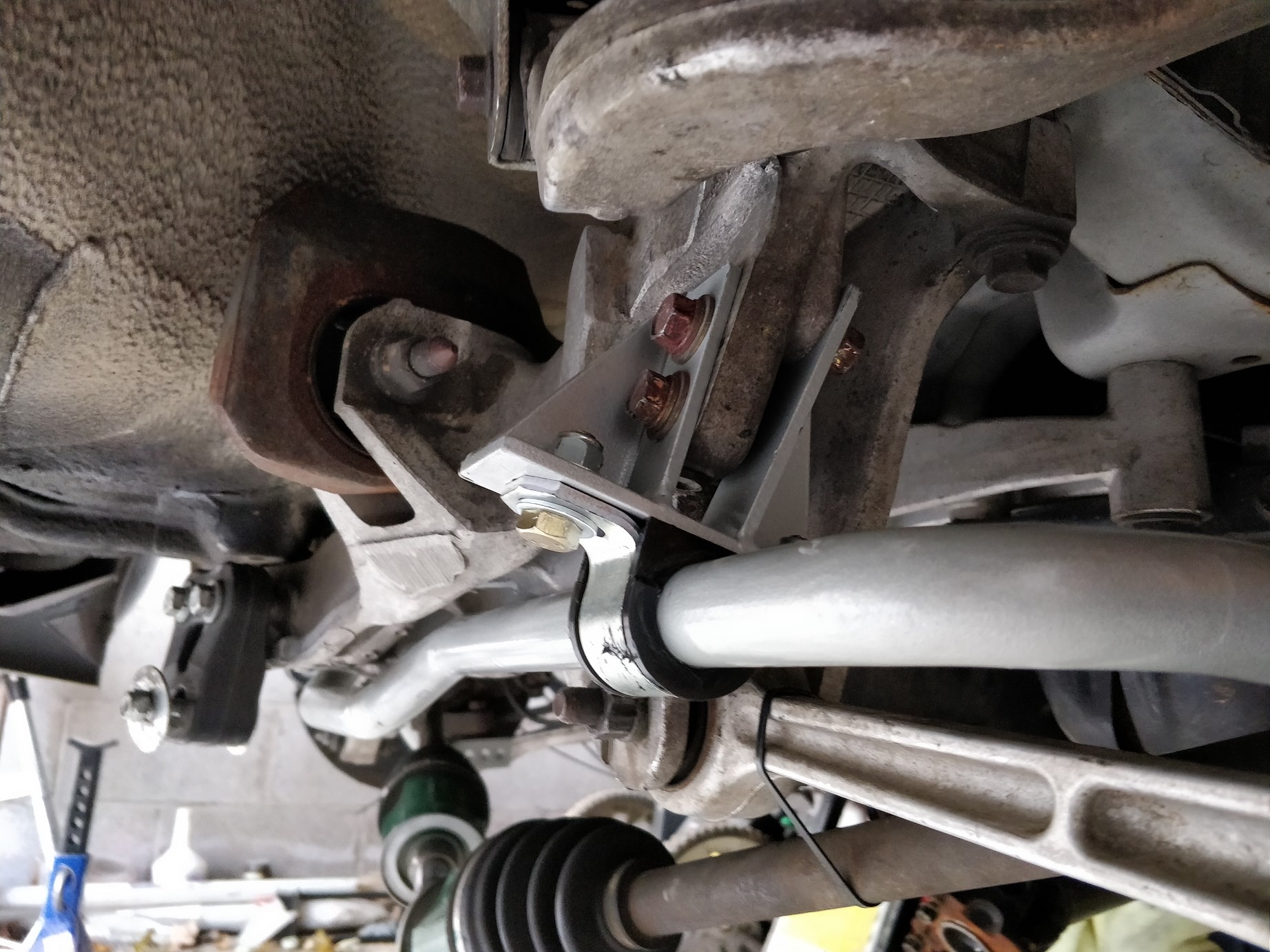 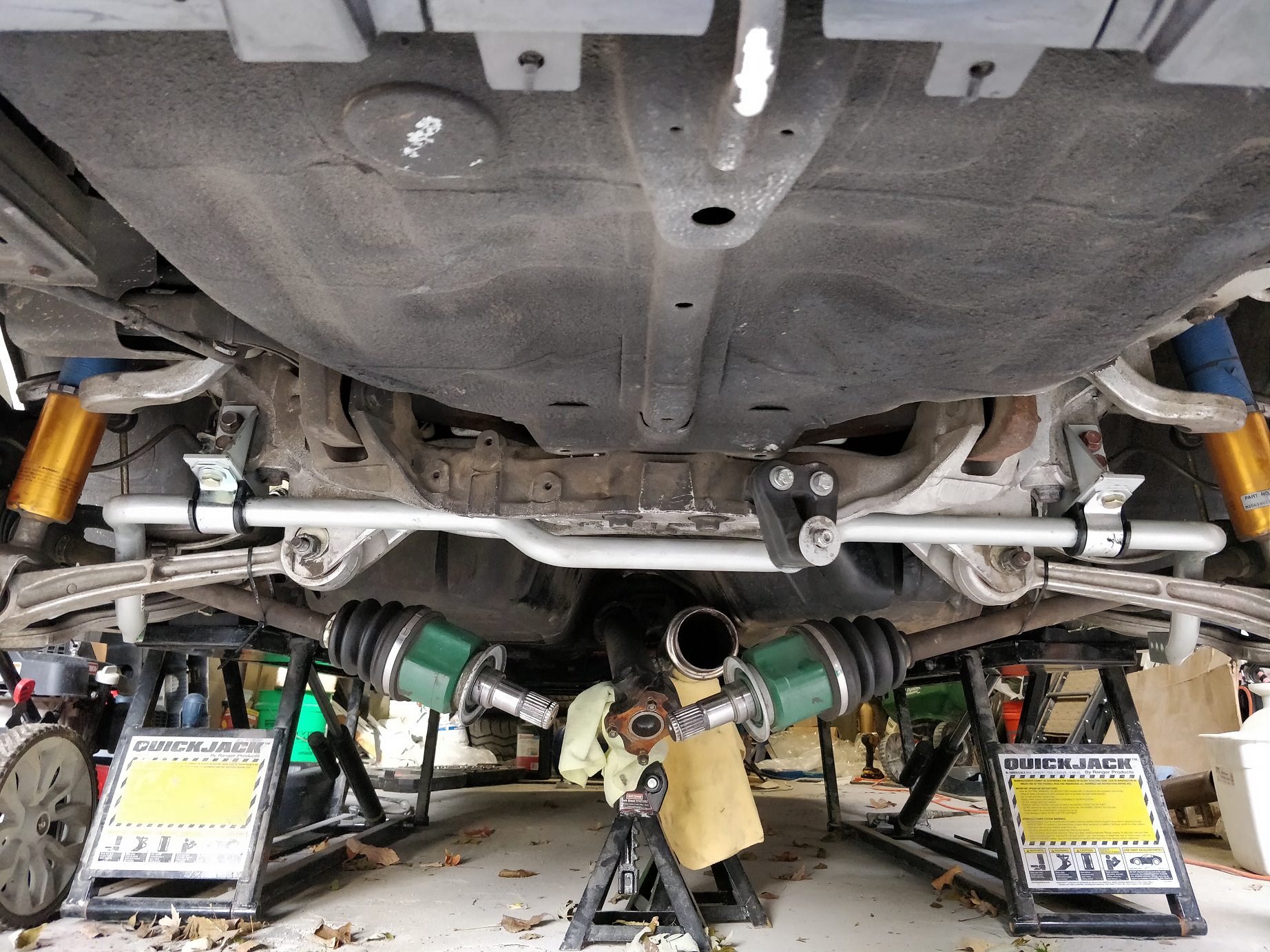 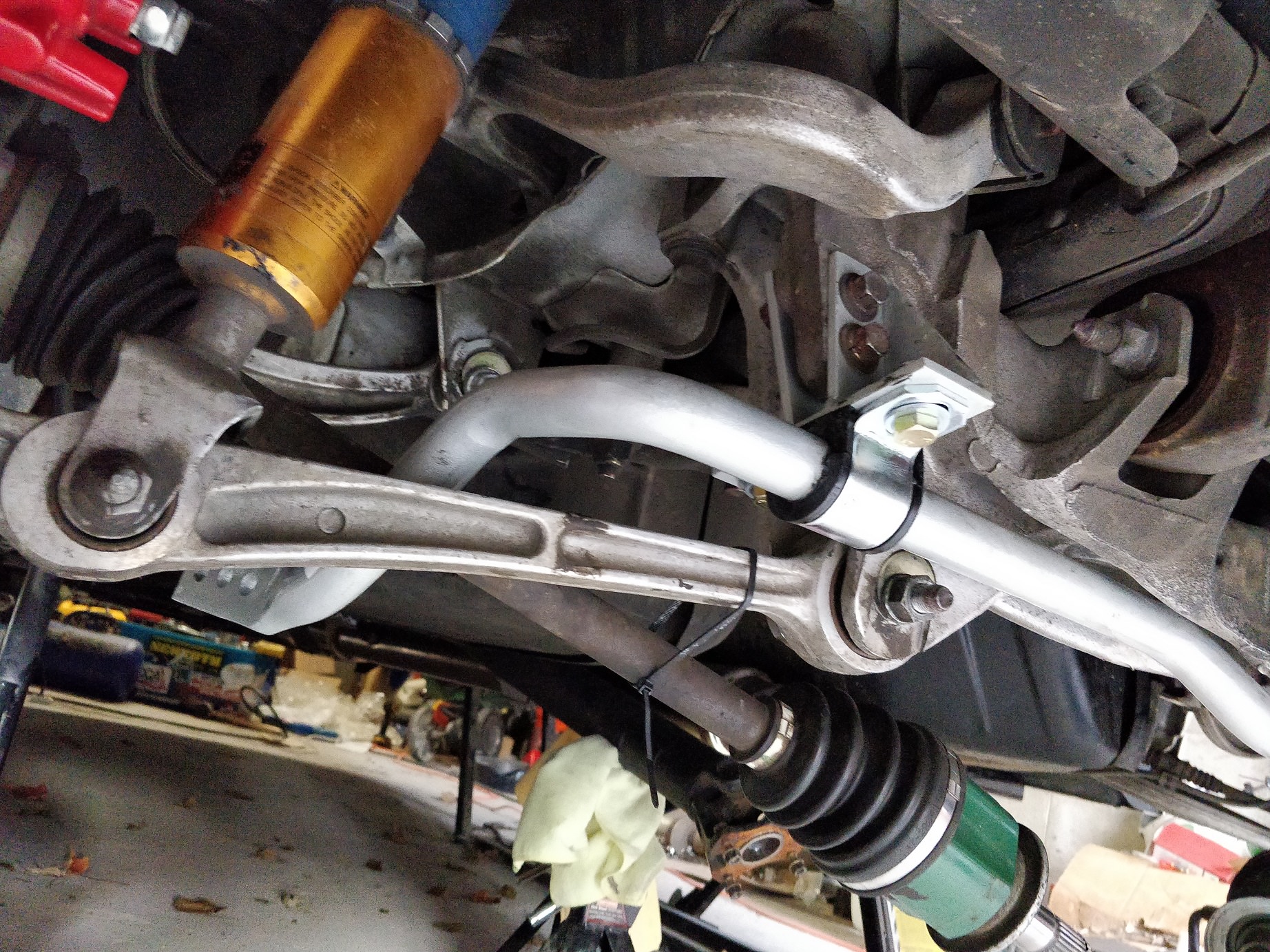 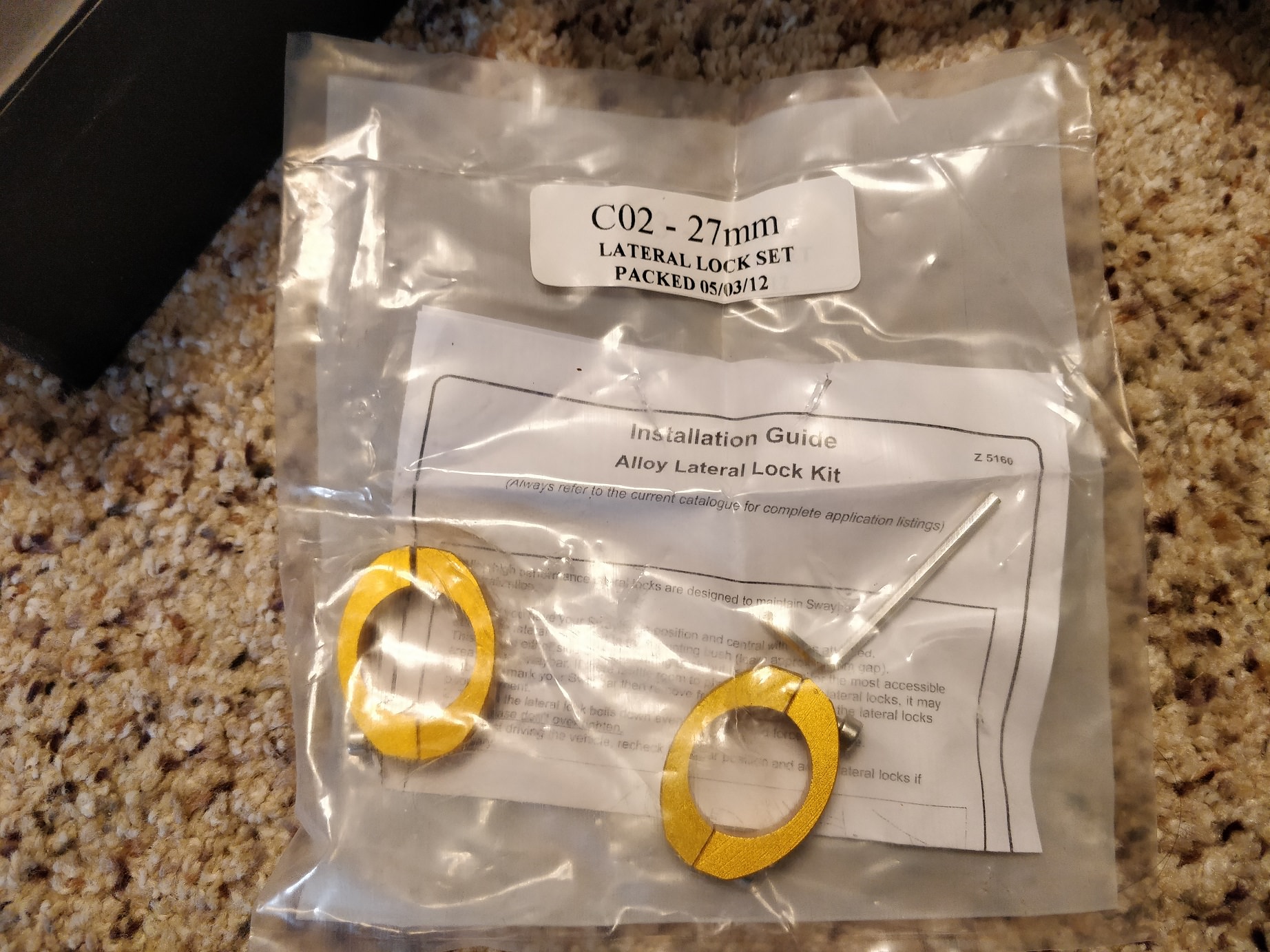 New endlinks: KLC102 for the rear and KLC139 for the front. Waiting to install this when the car will be realigned and corner balanced. 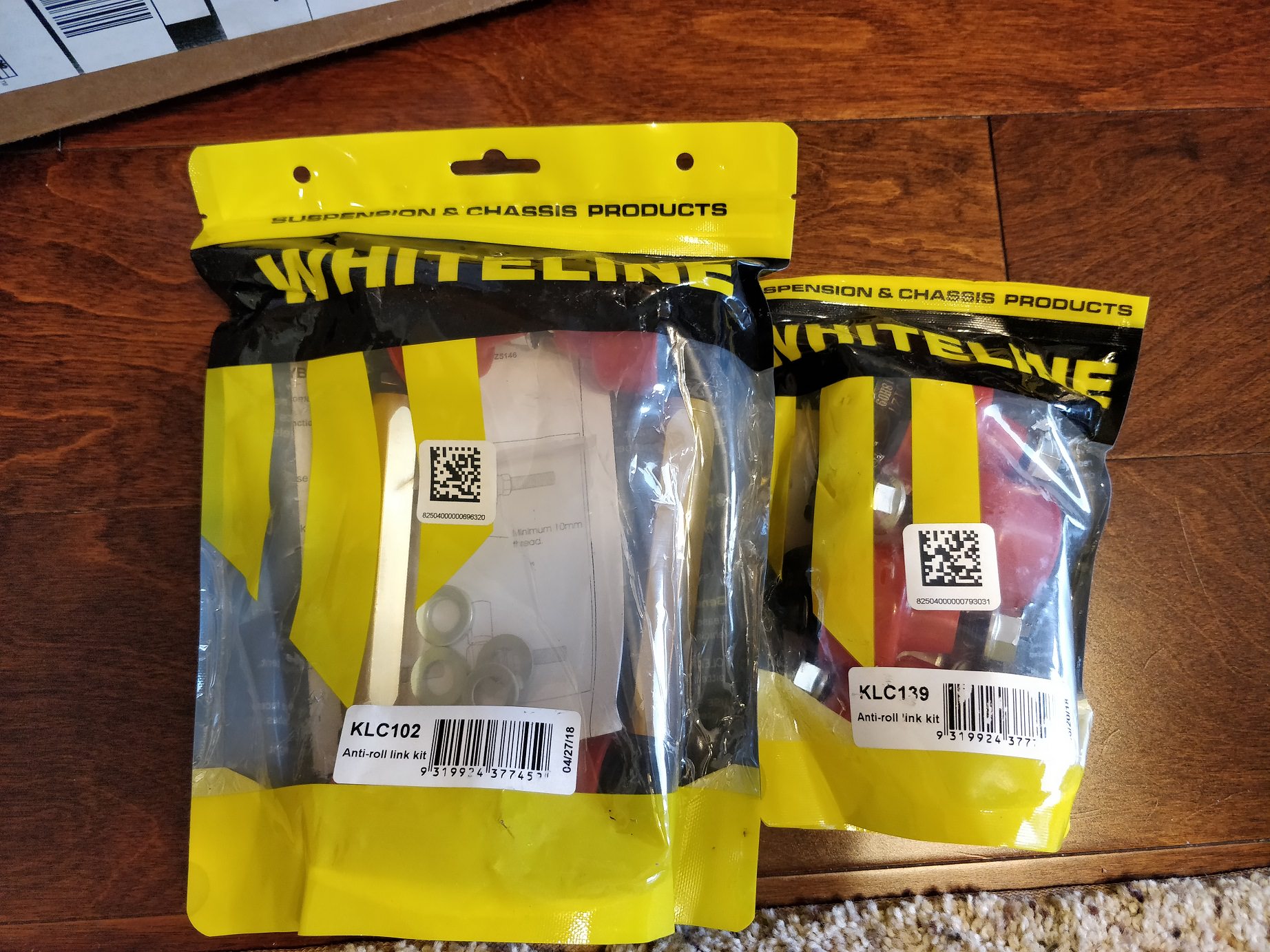