Next up for the Evo was installing the Ciro Design caster plates. With the rear of the Evo wrapped up, just projects with the front end of the car left.

We made quick work of uninstalling the front struts of the Evo. This was a very easy process. Just 3 15mm bolts at the top that hold the strut to the tower, and 2 19mm bolts holding the bottom of the strut. These were torqued down way too tight, but considering it was the shop that stripped my fill bolt on the rear diff, this isn’t too surprising. Anyway, with those out now we’ll be looking at how to install the caster plates on.

Before that, I wanted to make sure the springs had been installed correctly by my shop — unfortunately, I discovered they were not. The 8k springs were supposed to be in the front and the 10k springs were supposed to be in the rear, but it was reversed, 10k/8k. This pretty much explains the understeer I had been feeling. The car felt great overall, but in longer sweepers and in general mid corner the front end would wash out (understeer). I’m a little annoyed that I’ve been purchasing mods and making these changes all to cure understeer I shouldn’t have had, and almost wondering if the car will be too loose with the other changes made.

Disassembling the coilovers were very simple, done within 30 minutes. We took an impact gun to the top of the fronts with a 21mm socket and the same deal for the rears with a 14mm socket. We held the body of the piston so it wouldn’t spin too much. I have also been interested in raising the car about half an inch. Fortunately Ohlins allows for independent height adjustment at the bottom.

Each coilover had about 1cm of preload, due to the fact that they were preloaded before and also because they were corner balanced. I set the preload to effectively nothing, just making sure the springs were snug in position. This effectively lowers the car. I then added about 1-1.5cm of height all around, setting the distance between the locking washer and the body to 10cm in the front and 12cm in the rear. hopefully with the thicker plates the car will be at just an optimal height.

The driver’s side suspension was making a popping noise immediately after we had installed it, but after finagling with it I was able to get rid of the popping.. must have just been the spring binding or something. 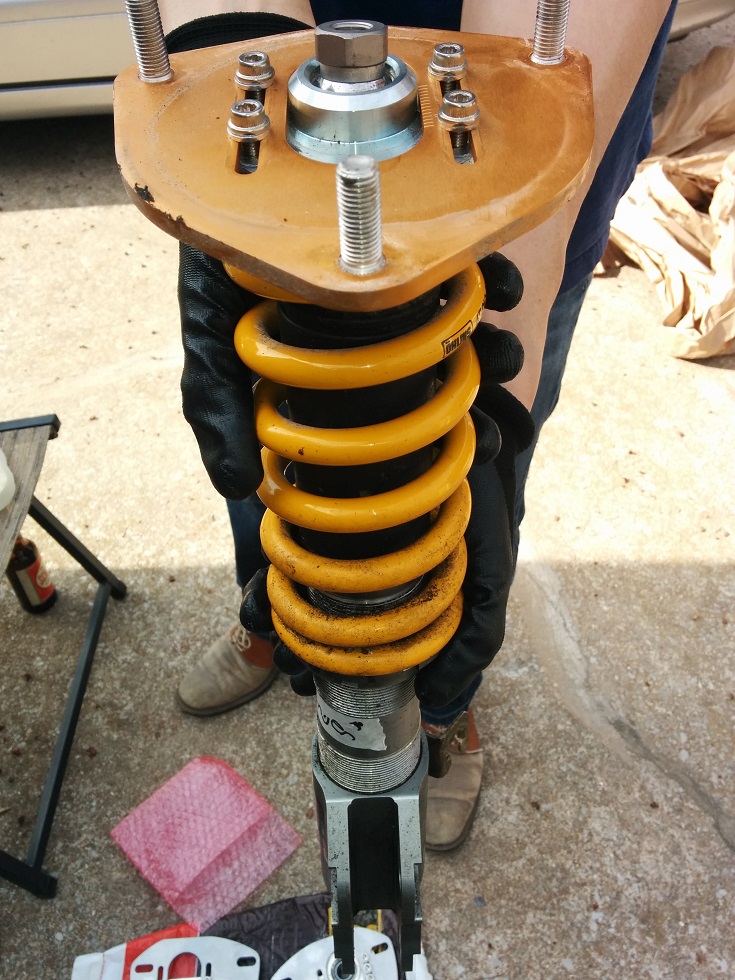 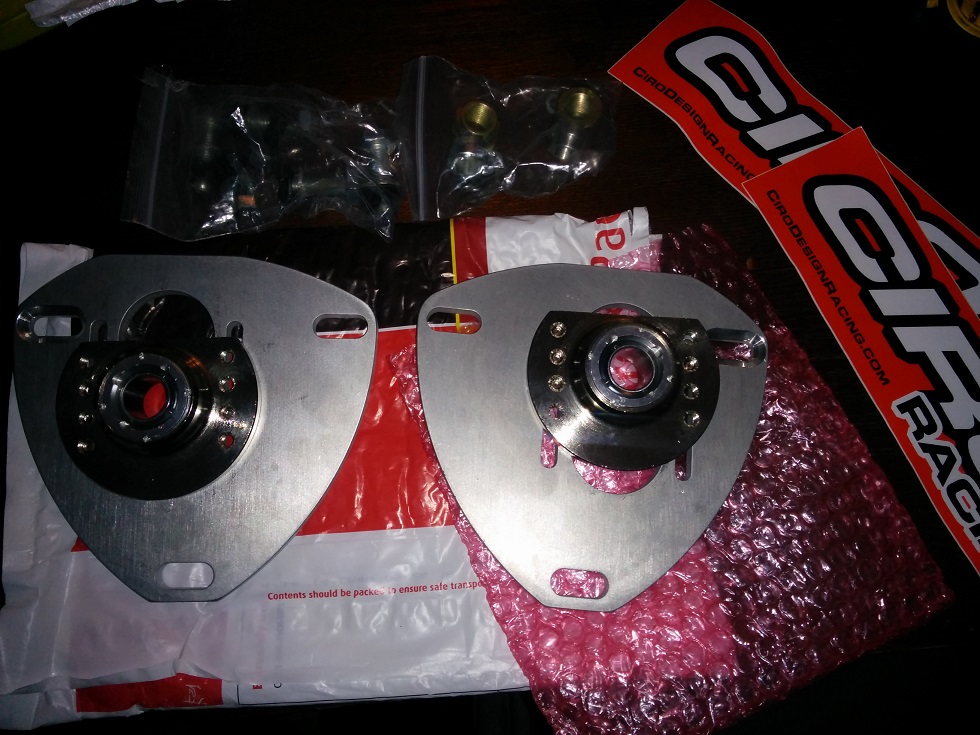 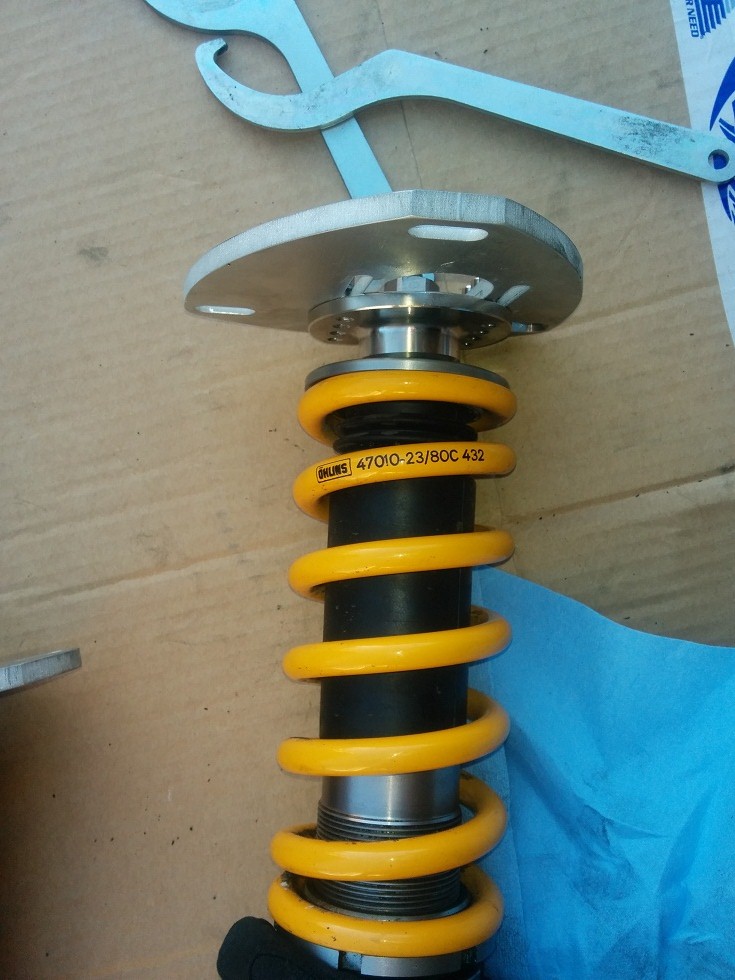 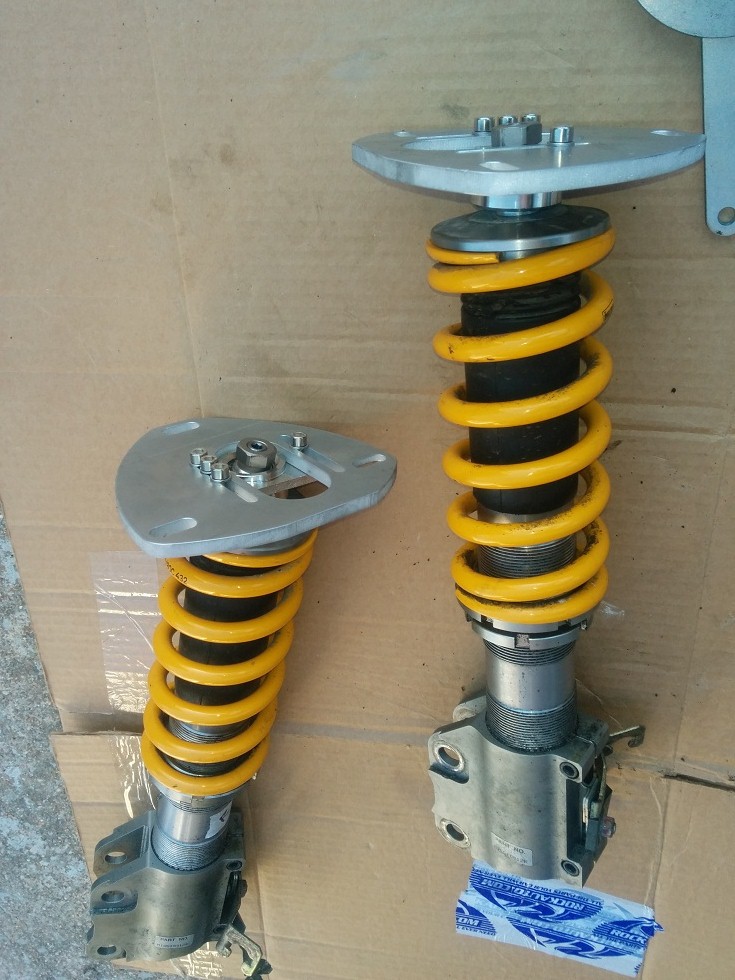