As alluded to, I installed a new suspension on Thursday night (3/27) with the help of the St. Louis MINI Club. I wanted to wait on posting until I got some more driving impressions in as well as an autocross event (more on that later).

Thanks to a loaner garage, we were able to take care of almost of all this at once. To recap, I had the JCW FSB installed on Sunday, and took care of the JCW Springs, Hsport Comp rear sway bar, and FCM custom valved dampers on Thursday night. Took a few hours to get everything done, but very happy with the results. Install basically consisted of jacking the car up, pulling the wheels off, uninstalling the old suspension, assembling the new suspension, and throwing everything back on.

Few noteworthy things: this suspension color combo (black, red, yellow, sky blue) is probably one of the more ugly color combinations for a suspension I’ve seen – just a joke lol. The suspension, due mainly to the JCW springs, sits marginally lower than the OEM suspension. I was really concerned about stripping the threads in the aluminum control arms when reinstalling the rear dampers, but no issues there whatsover – and we used antiseize on all the bolts we removed this time. Originally, we tightened the endlinks in the air for the sway bars – however, tightening everything down with the suspension dangling will actually cause preload on the bushings – so we had to tighten the endlinks down with the car loaded – i.e., on the ground with wheels down. Fronts were easy to access – the rears required a little more innovation. See below.

Road manners: I’d dare say the r56 mini, on jcw springs with these fcm bilsteins, rides better than it did on the base/non-sport suspension. obviously the springs and dampers are stiffer, so there’s more “bumpiness,” but at the same time it seems to be smoothed out better. As the dampers “break in,” I’m told they will ride better and better as well. Otherwise, for street driving, there are no major impacts from the rest of the changes. I don’t ever drive “spirited” on public roads though.

Handling Impressions: I think “WOW” pretty much sums it up. After a year of more or less fighting the old 08 Mini’s (stock sport suspension) understeer, this is a huge surprise. This car is very very neutral. I should probably add an asterisk here, my impressions stem from one (so far) autox event on a cold day, albeit with a codriver and tire warmers. Anyway, I think it is neutral enough that I can play with tire pressures to get the car to basically the same level as it was today. There is a hint of understeer when I overcook things, and a little more than a hint of oversteer when I lift throttle or I’m being too jerky with the steering wheel. I used to have to use some pretty violent inputs to get even a neutral balance out of the old MINI, so this is going to take some seat time to get used to. Fortunately enough, seat time is one thing I will have a lot of for this year. Overall, the car feels very good, and very planted. It just feels well sorted out, and I think the JCW FSB + JCW Springs + Fat Cat Motorsports Bilsteins + Hsport RSB is the best combination for HS. Seriously. In addition to FCM’s custom valving, my Bilsteinn also came with his proprietary Kerb Blow Off (KBO) technology (see below). All in all, I wouldn’t change anything about this set up (except if I could somehow increase the front camber).

FCM Dampers: I am very, very impressed with these dampers. These are Bilstein Sports, custom valved by FCM and include his proprietary KBO technology for digressive high speed compression. As far as the KBO high speed compression bit – FCM asked me to take a video of me driving the car over a speed bump at 15-20mph – I’m not brave enough to do that yet, but it should give you an indication of how confident they are in their KBO. Overall. the car is very stable and very planted. I’ve gotten comments about how well they ride as well as how they handle. One of the top level drivers in my region commented that it looked like FCM hit the money on the valving. According to my codriver on Saturday, the car transitions much better, especially in slaloms, and the car overall behaves very predictably. He went as far as to say it might slalom better than his STF R53! We had a stretch of the TNT course on Sunday that had a very rough/bumpy patch – I was basically able to keep my foot down during this entire portion of the course – i KNOW other drivers were for sure losing time here – I hit my head on the roof of one car I was riding along with when we got there! To be honest, I’ve even had the thought that these dampers are too good (for my skill level), allowing me to get away with certain bad habits (especially with throttle on bad surfaces) – hopefully that’s not entirely true. To my fellow autoxers – forget Koni Yellows and their knobs – that’s really their only draw, and if you’ve read A2W, you’ll know that the knobs aren’t even reliable to begin with! Not to mention they like to blow when you custom valve them. FCM Bilsteins are where it’s at! 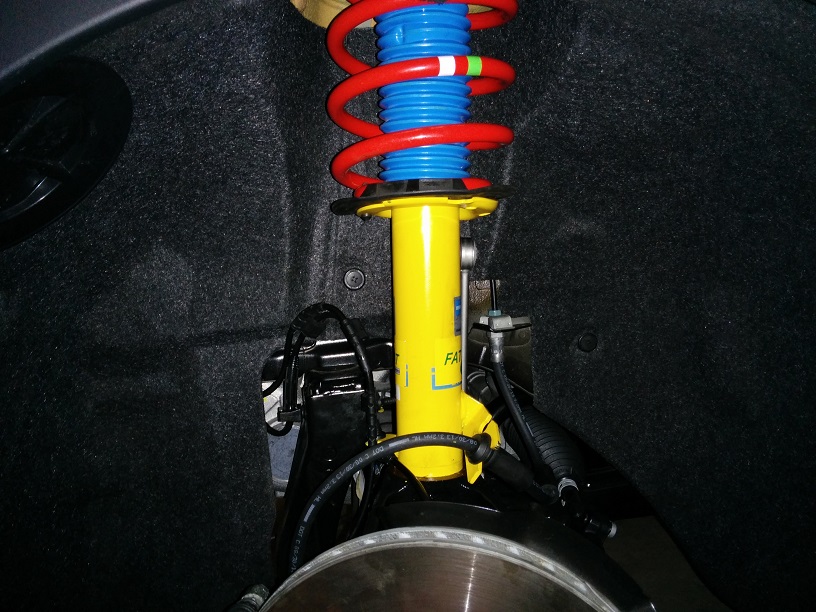 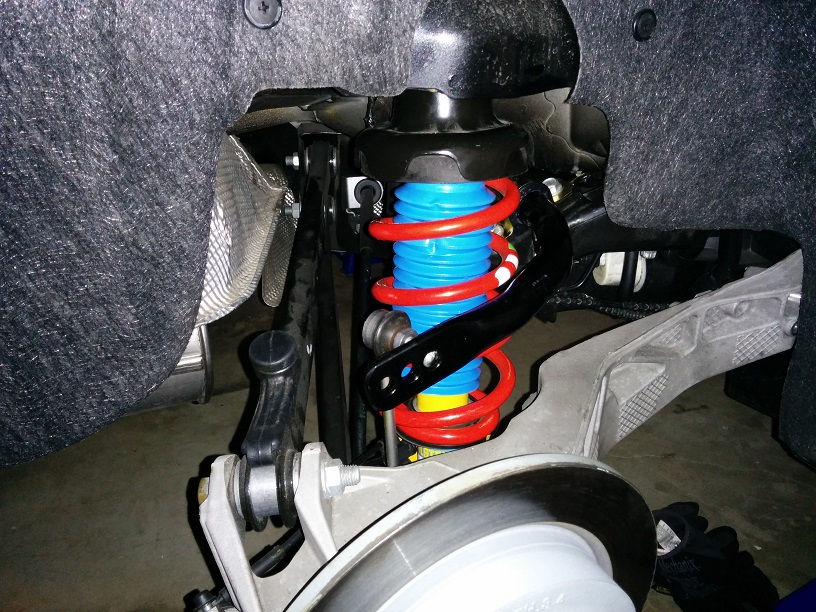 4 thoughts on “Fat Cat Motorsports Suspension Is In!”