After some deliberating, I decided to get a new set of CE28n’s for 2019. I was going to powdercoat the current wheels anyway, and discovered that there was going to be a final production run of the CE28n’s – I decided to jump on the opportunity, thanks to some really great Black Friday deals from Evasive, and snagged one of the final sets of the CE28n in 18×9.5 +28. My current set, the CE28n in 18×9.5 +34, is no longer made, so this set has 6mm more poke than my current set. That’s about 1/4″, which should still be fine for rear clearance, especially since I will be running 255/35-18 RE71Rs on this instead of 265s. Given that this is the limit for street class in Grid Life, seemed like a good idea to start here and see how it feels, and if the car will still have more grip than the Falken RT615k+, which I have a feeling it will. This also means about 12mm wider track overall, but I do not expect this to have any impact on performance.

I chose the color Mercury Silver, and it looks pretty good in person. The color is similar to the current set I have, albeit more metallic and more shiny. It looks like it is a grey with a hyper coating, whereas the other set is a chrome with flat coating. The 255s are physically smaller than the 265s in every dimension, which makes sense, but the difference is pretty apparent, as the 265s are much meatier. The wheels on their own ranged from about 17.8-18.0lbs, which is very light. Two of the wheels wound up not even needing any weights, a testament to Volk’s quality.

I was initially going to do back-to-back testing with the same wheels and tires with the new diff, but given the diff’s disappointing performance, I felt we might as well skip the AB testing, since it was already semi-covered by my first autox, and scrub in this new set. Next event will be another autox, followed by the first track day for 2019. Looking forward to seeing how these new wheels/tires do – the last time I was on RE71Rs was on my 17×9.5 Wedssport TC105n’s, which I still consider to be the ultimate setup for the Evo – and would have kept, had the brake upgrade not required 18’s. 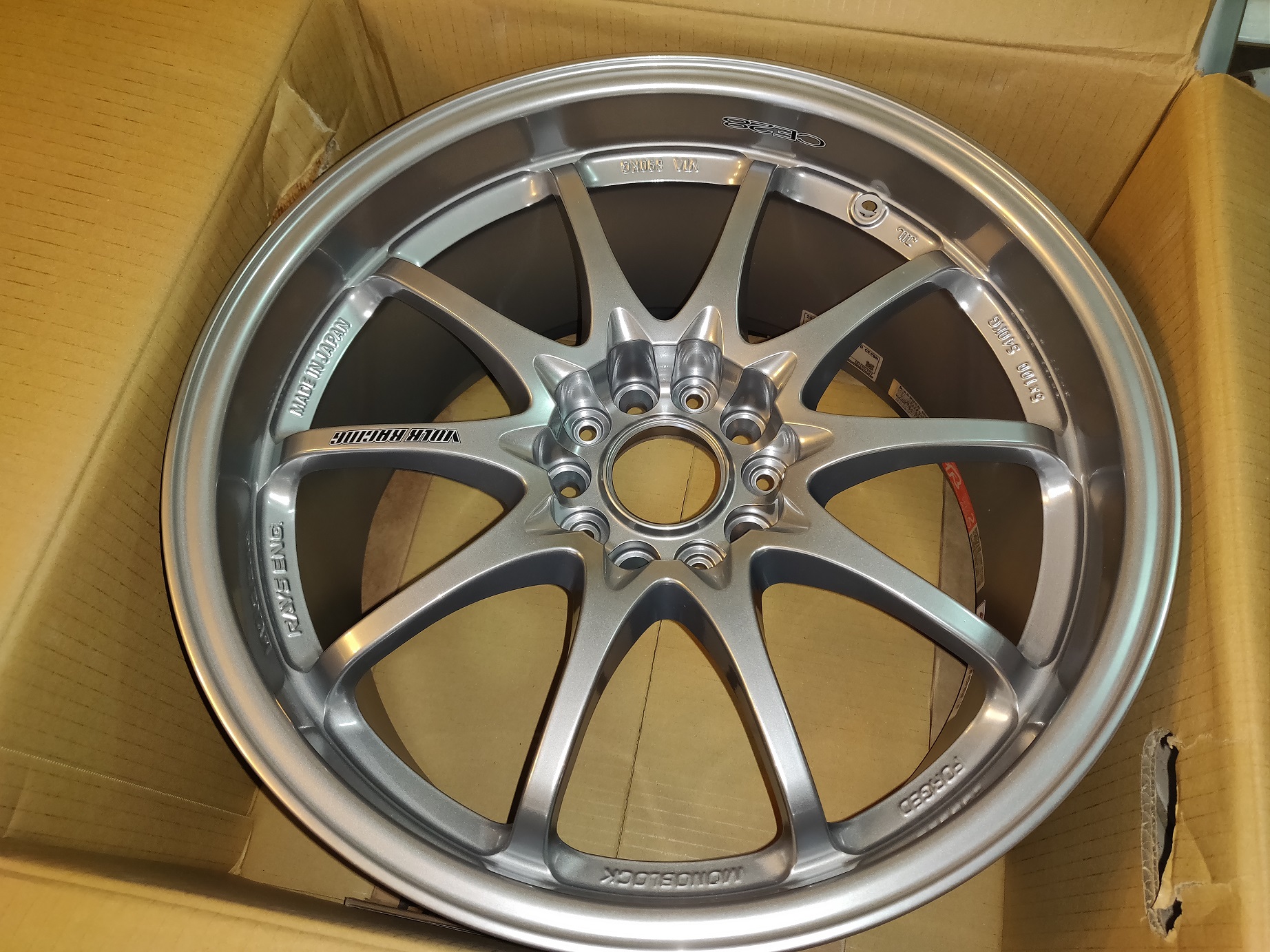 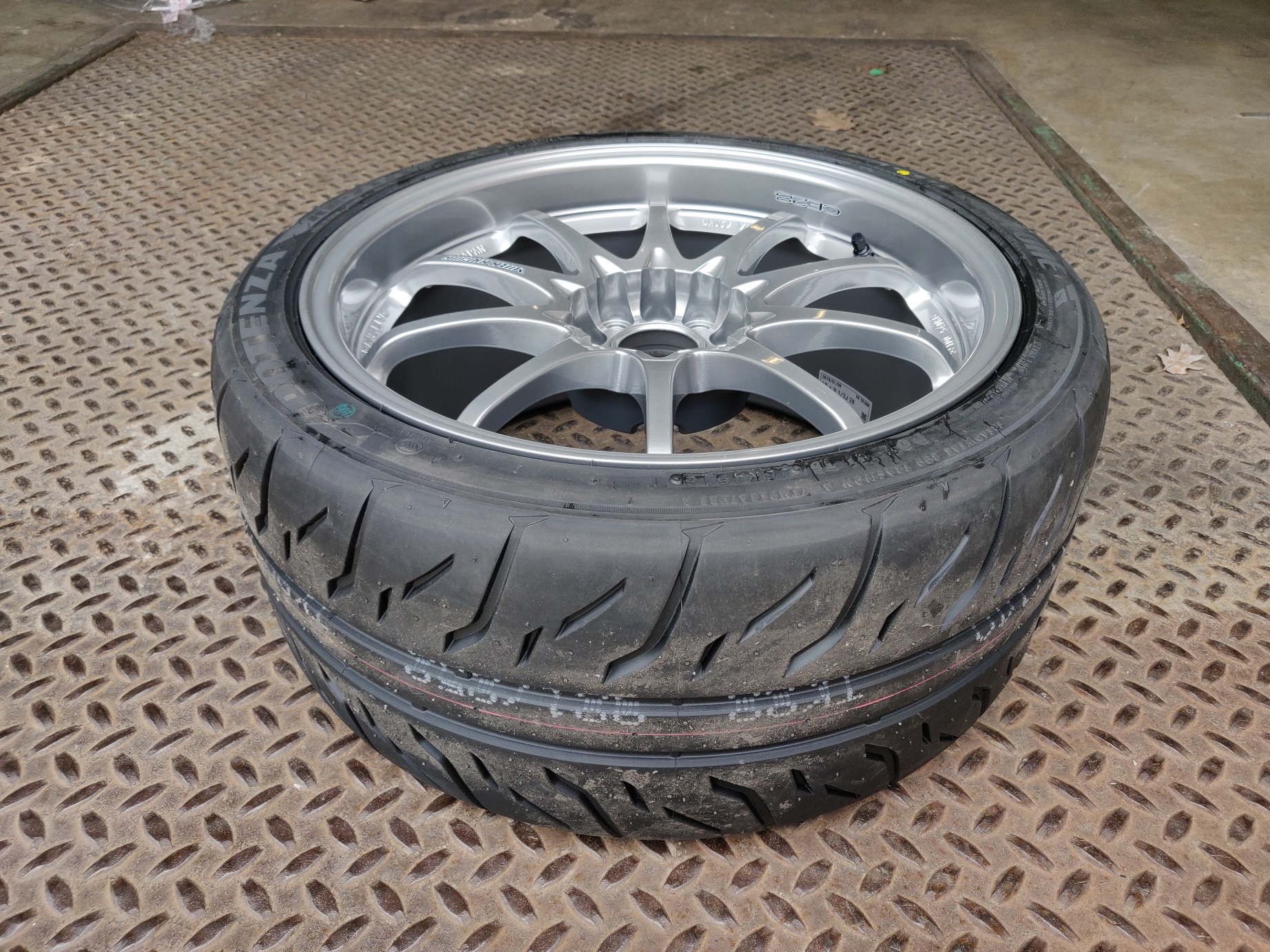 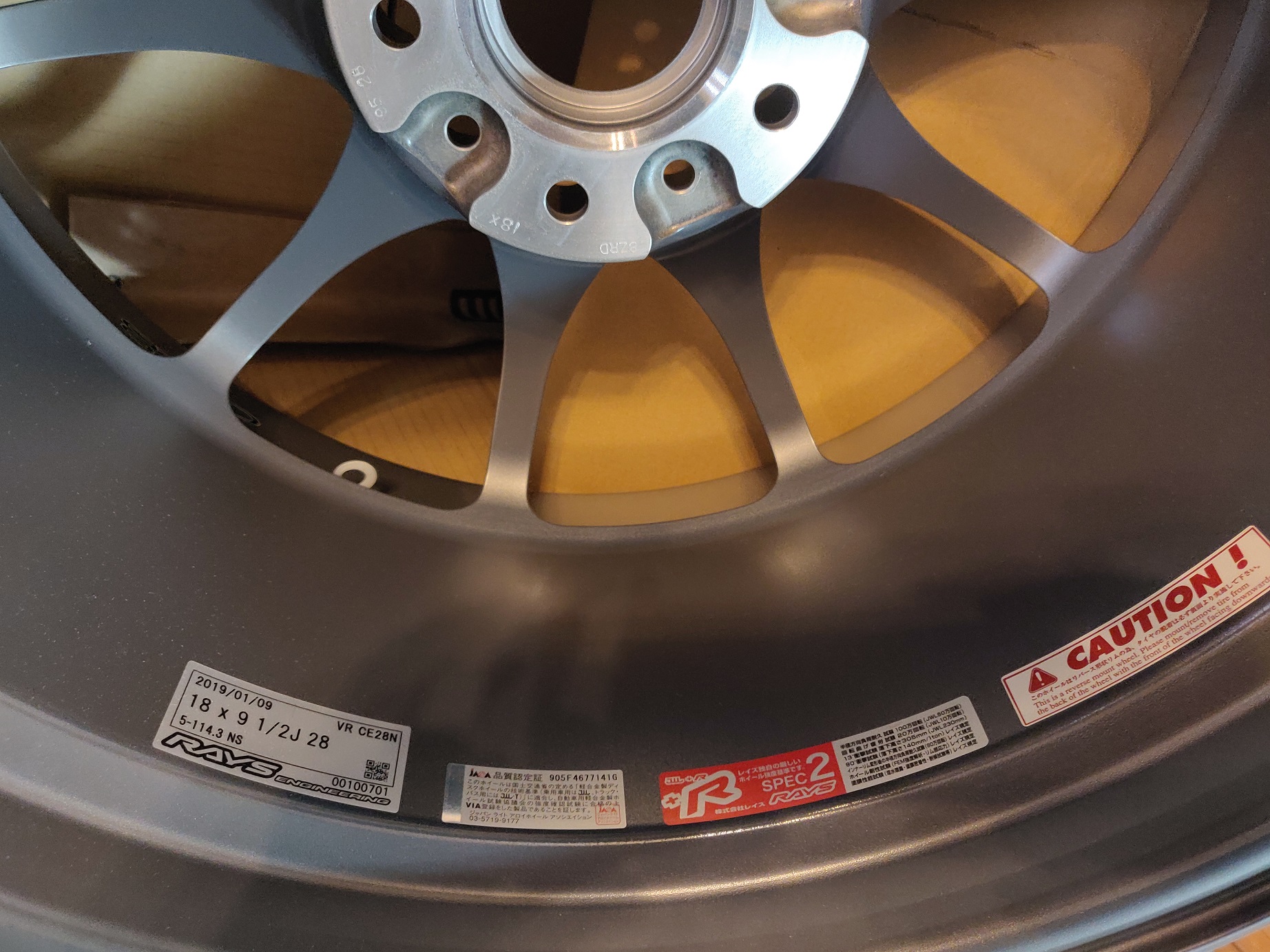 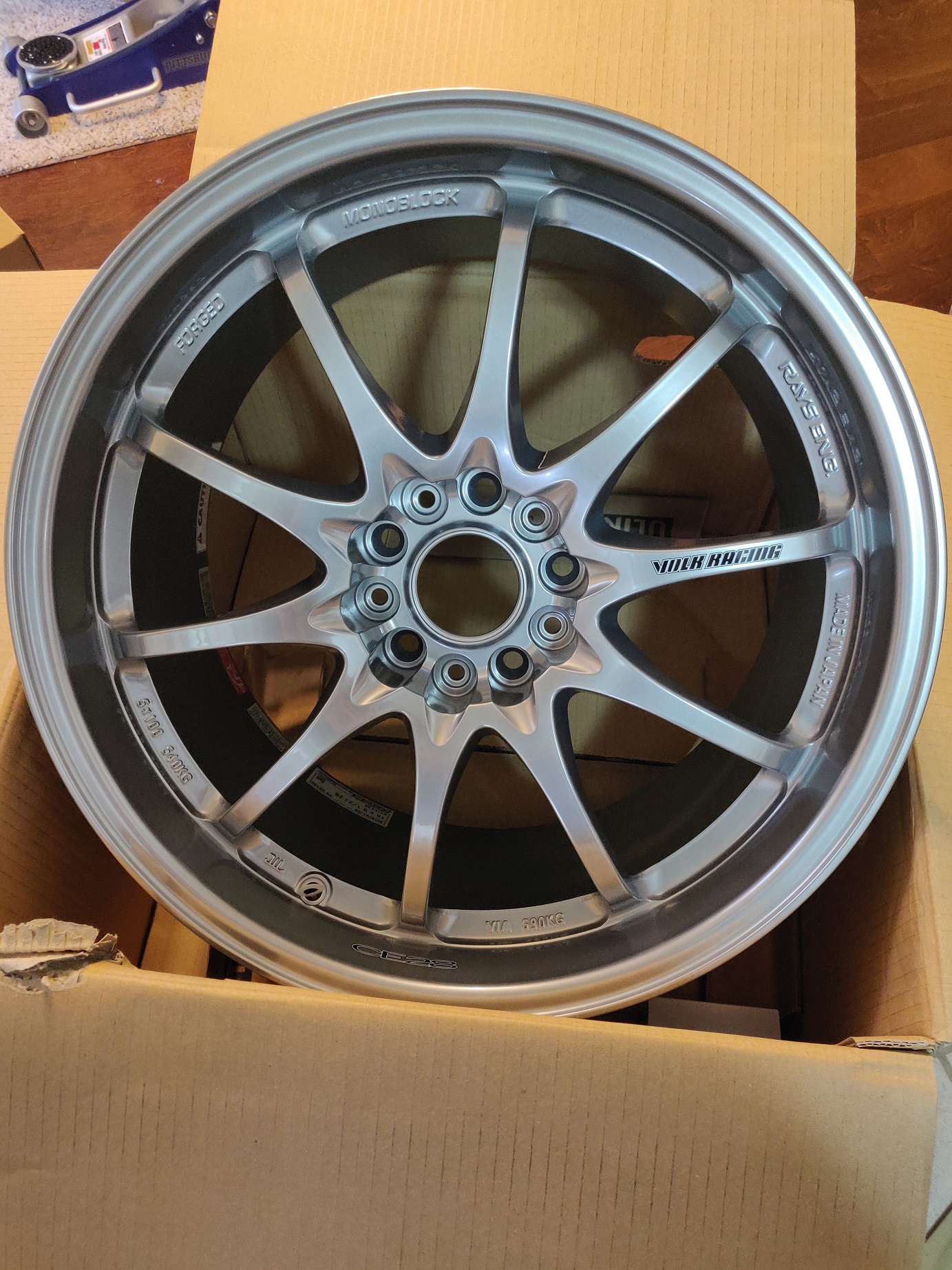 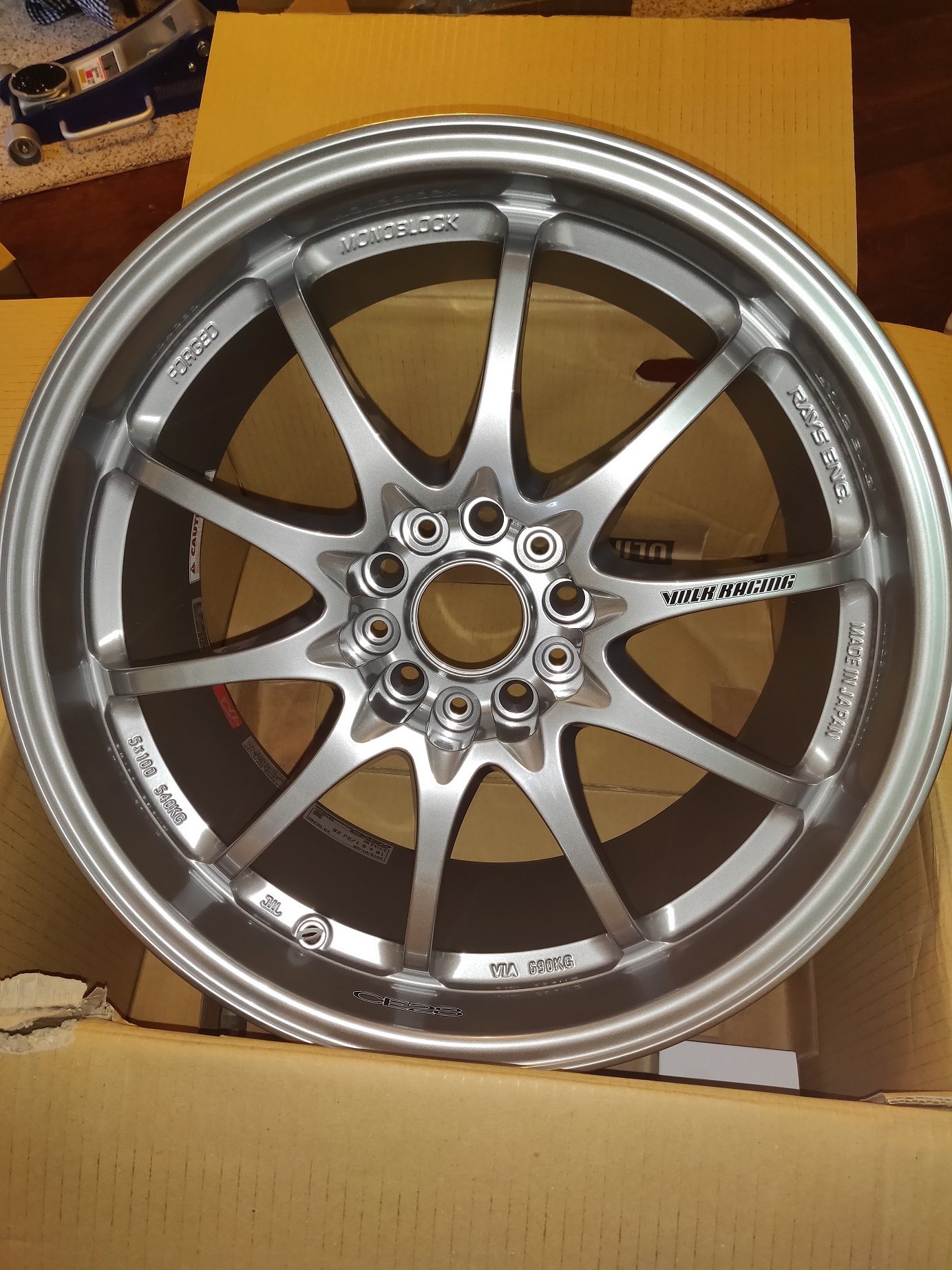 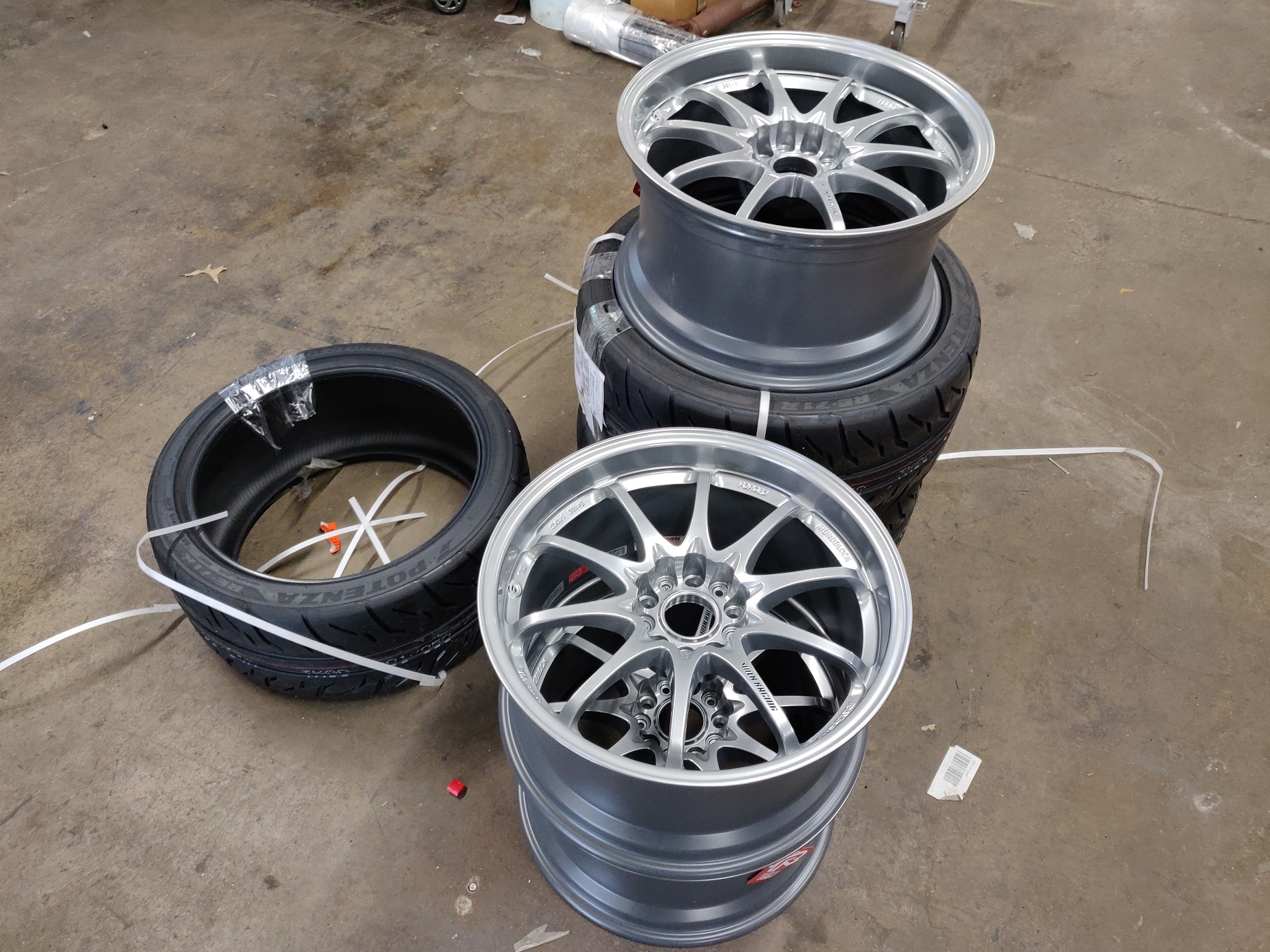 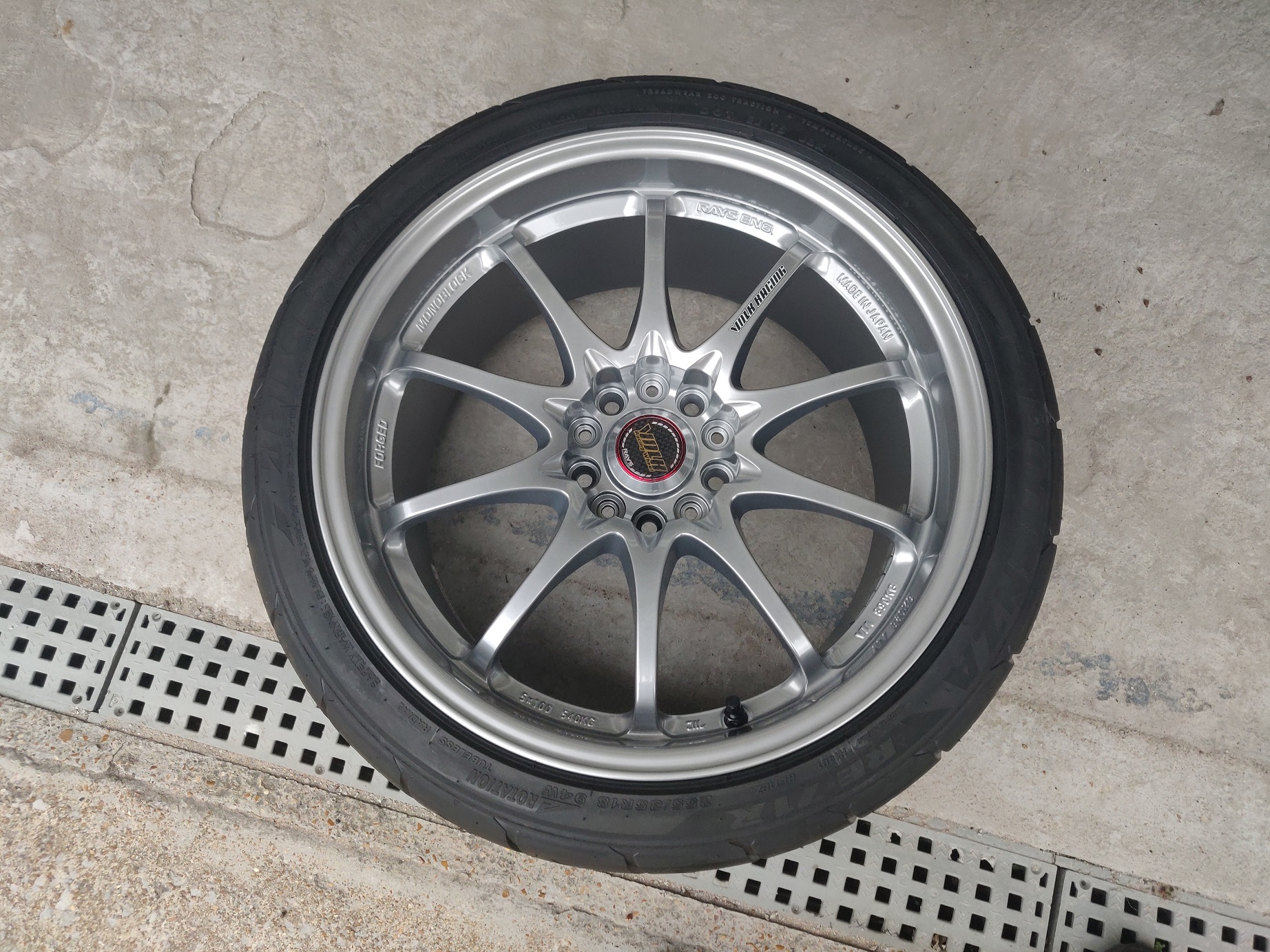 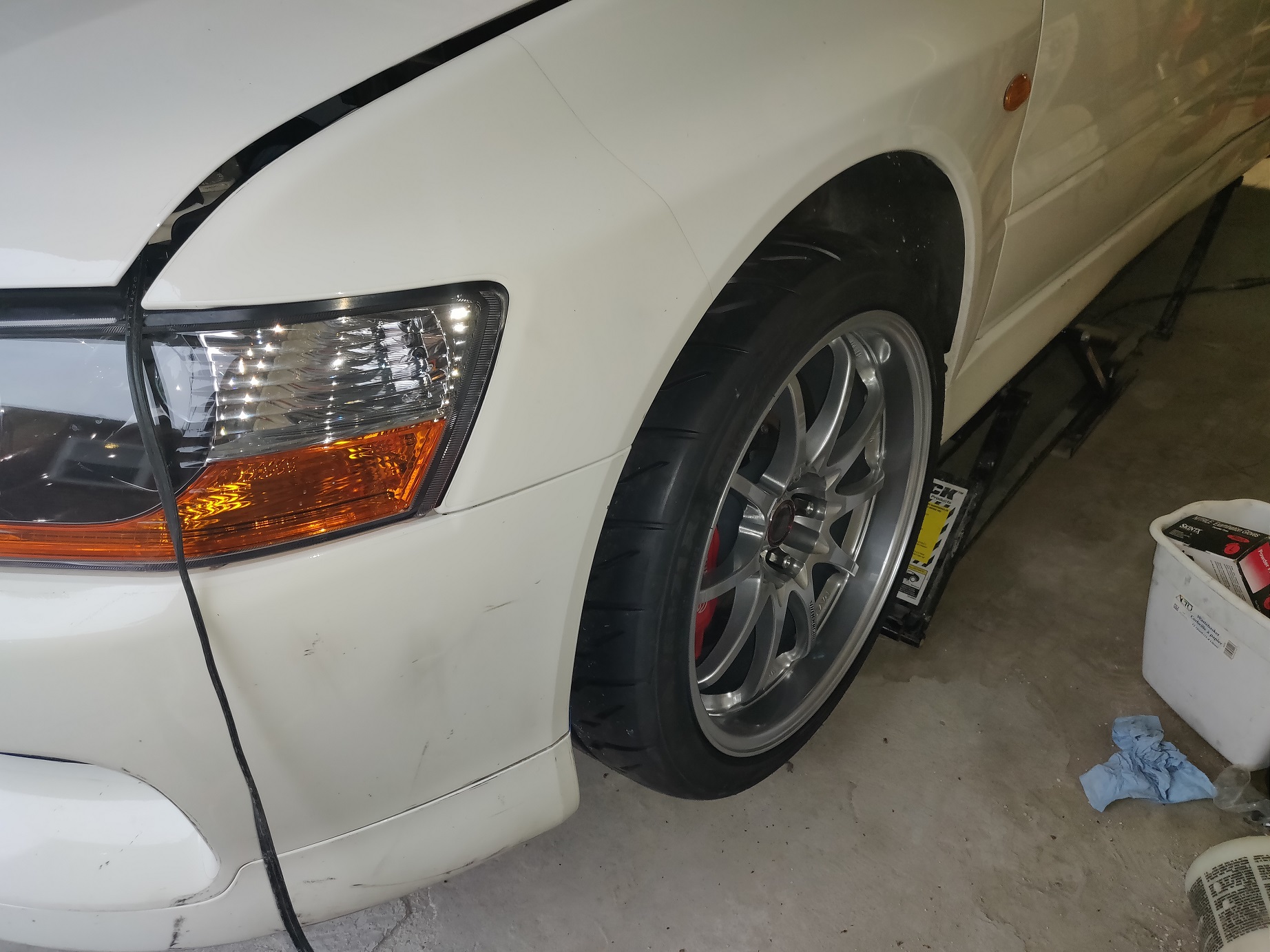 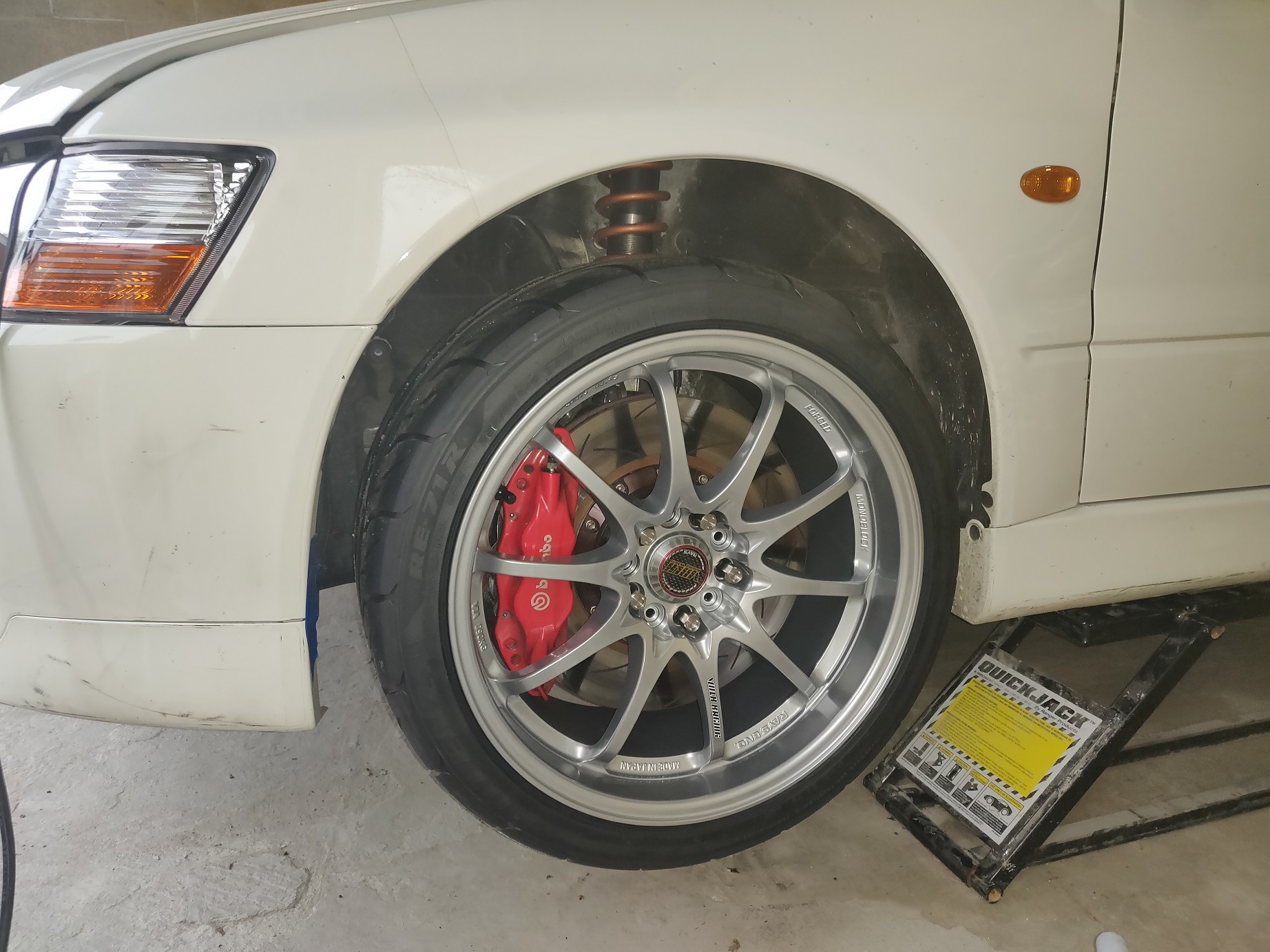 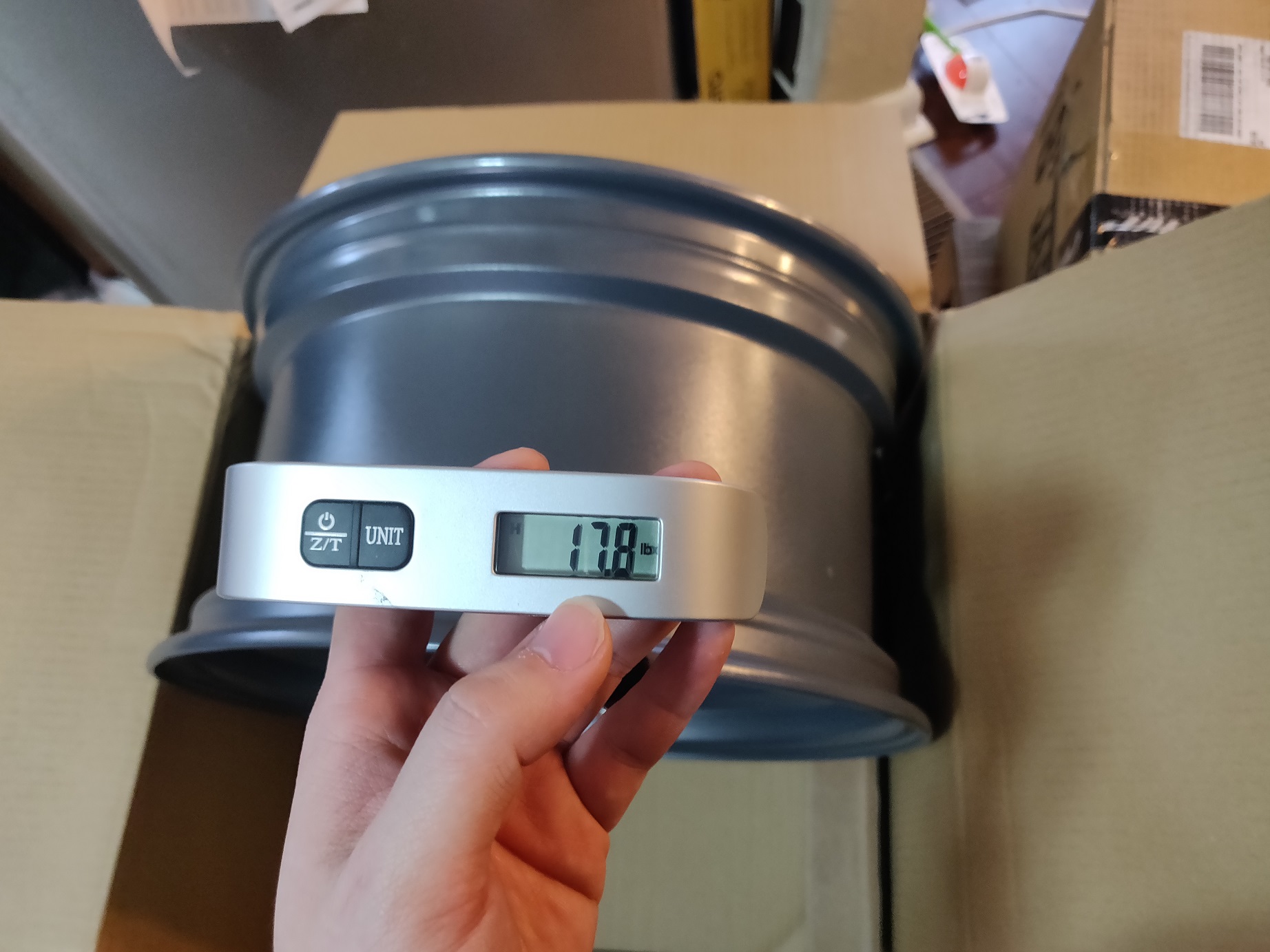 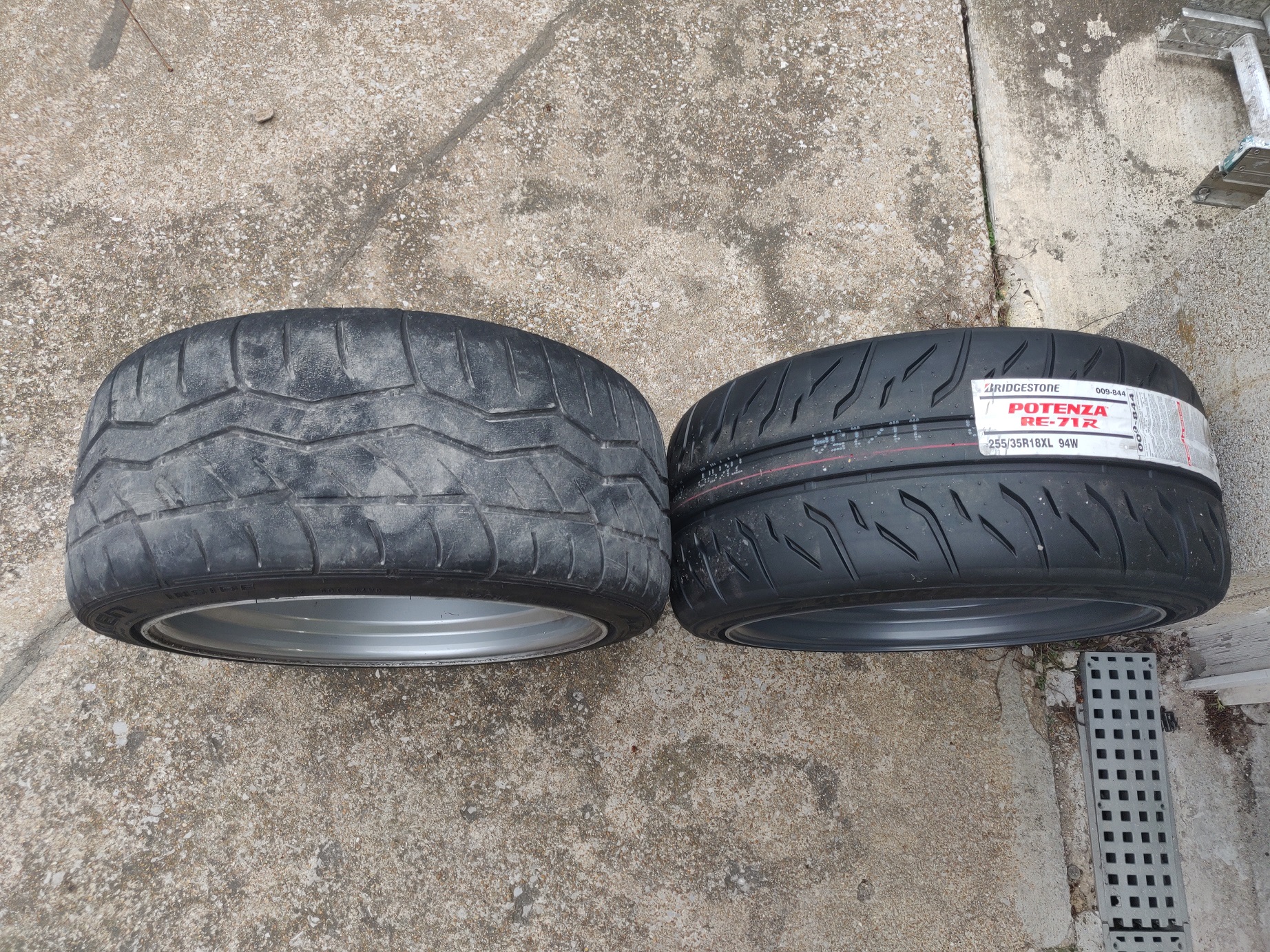 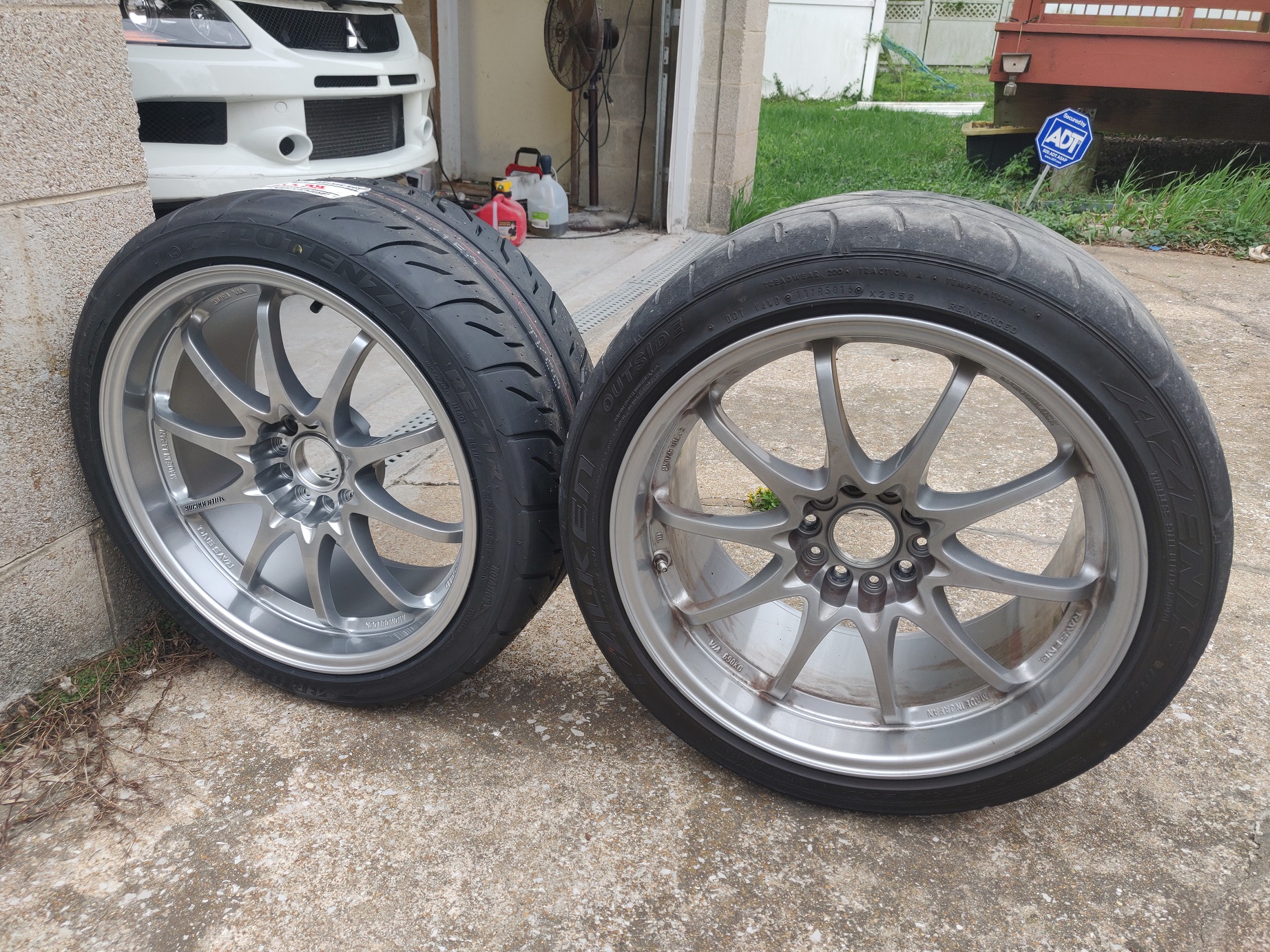 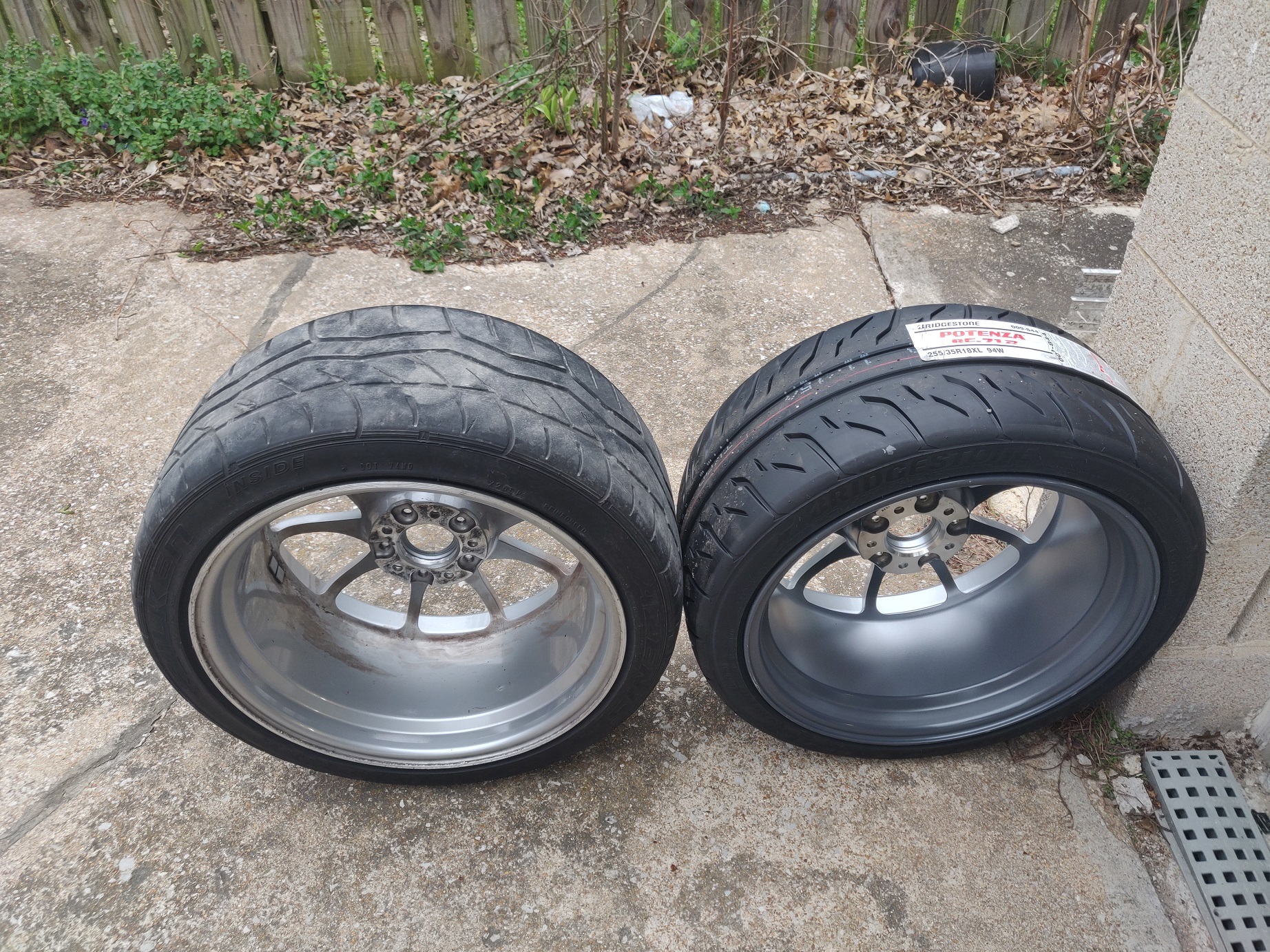 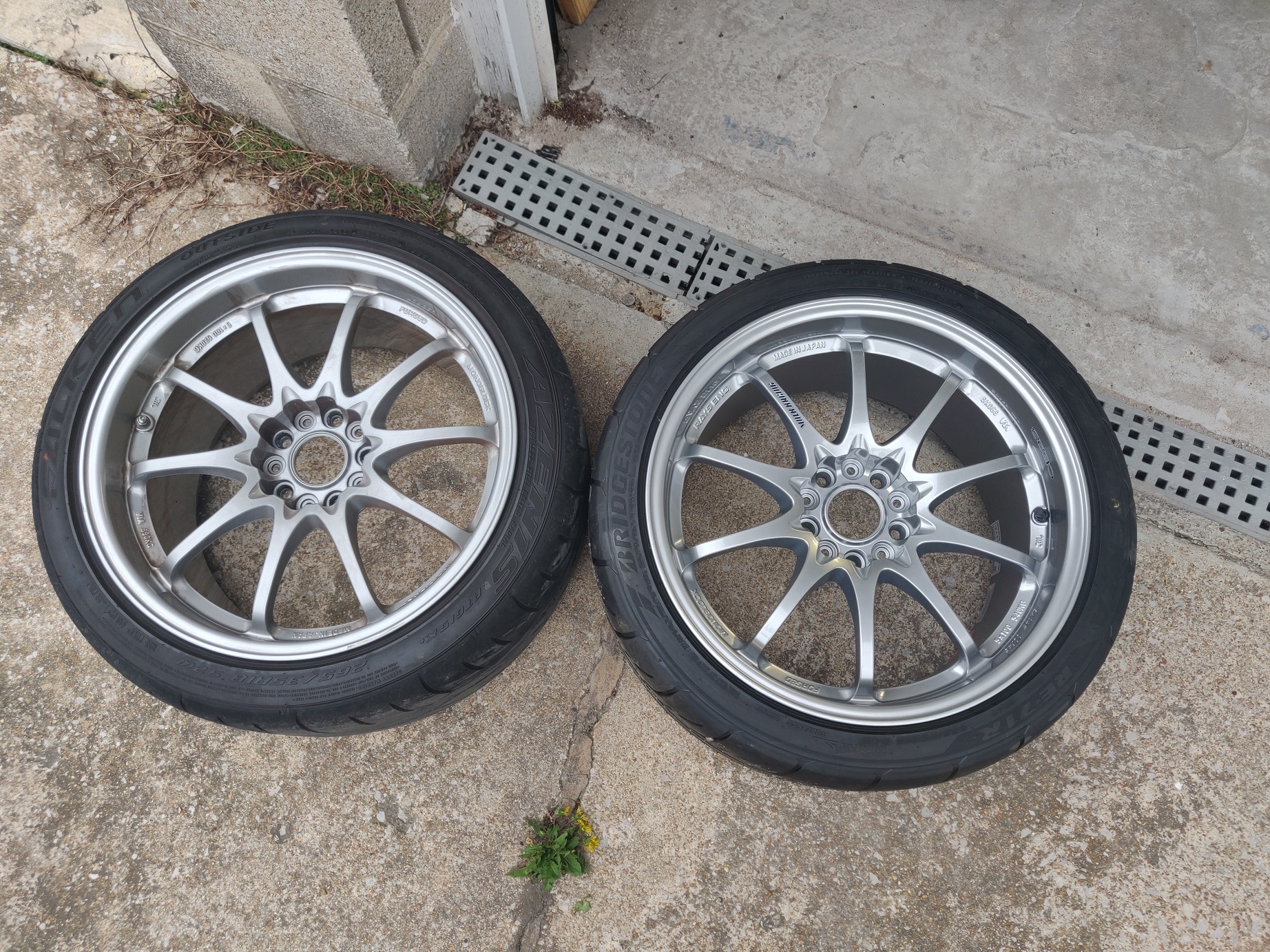