My old battery, a 5lb Shorai LFX36L3-BS12 unfortunately crapped out on me while the Evo was down for the differential swap. I think I had let it die one too many times and one of the cells was gone, so the battery was no longer able to start the car, even while on the trickle charger. I originally swapped to an ultralight battery because I drove the car so infrequently that it was always on a trickle charger; I figured if that were going to be the case, I might as well get something super light. Despite that, it still ended up being a hassle every once in a while, and thus after it dying on me I decided to get a Miata-sized battery. I chose the Yellowtop D51R. Advanced only had a 2017 battery that they had never charged before, and sold it to me at a discount. The battery weighs 28 lbs – 23 pounds heavier than the Shorai, but 12 pounds lighter than the standard Evo battery. I think this battery will serve me well for the time being until I decide how to proceed next. Battery swapped at ~38,000 miles. I also got a new antenna for the Evo – a shorty antenna purchased on Amazon. The oem antenna got caught on the garage door and was torn apart, this antenna is decent, better looking, and will have less turbulence than the old one. 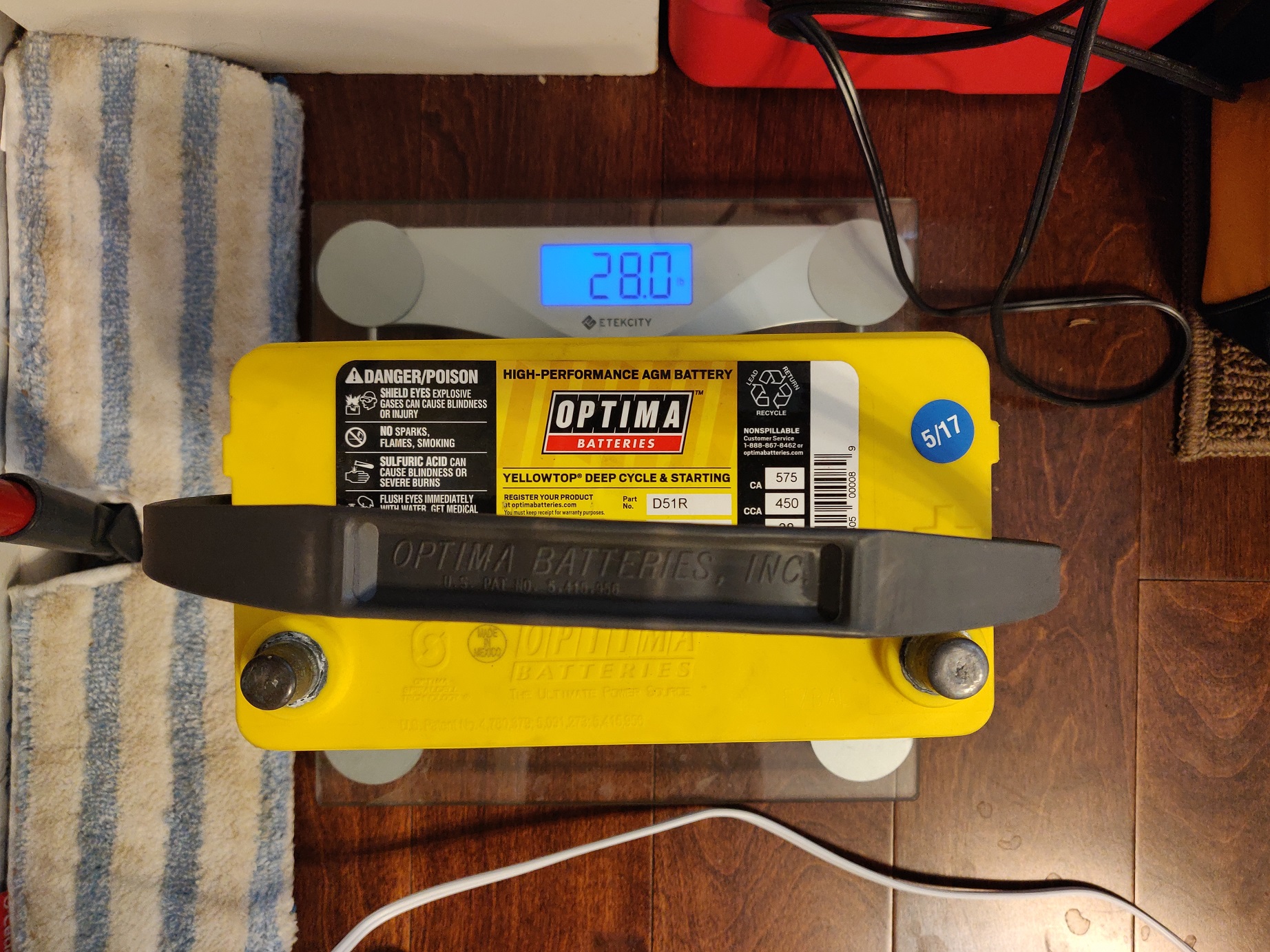 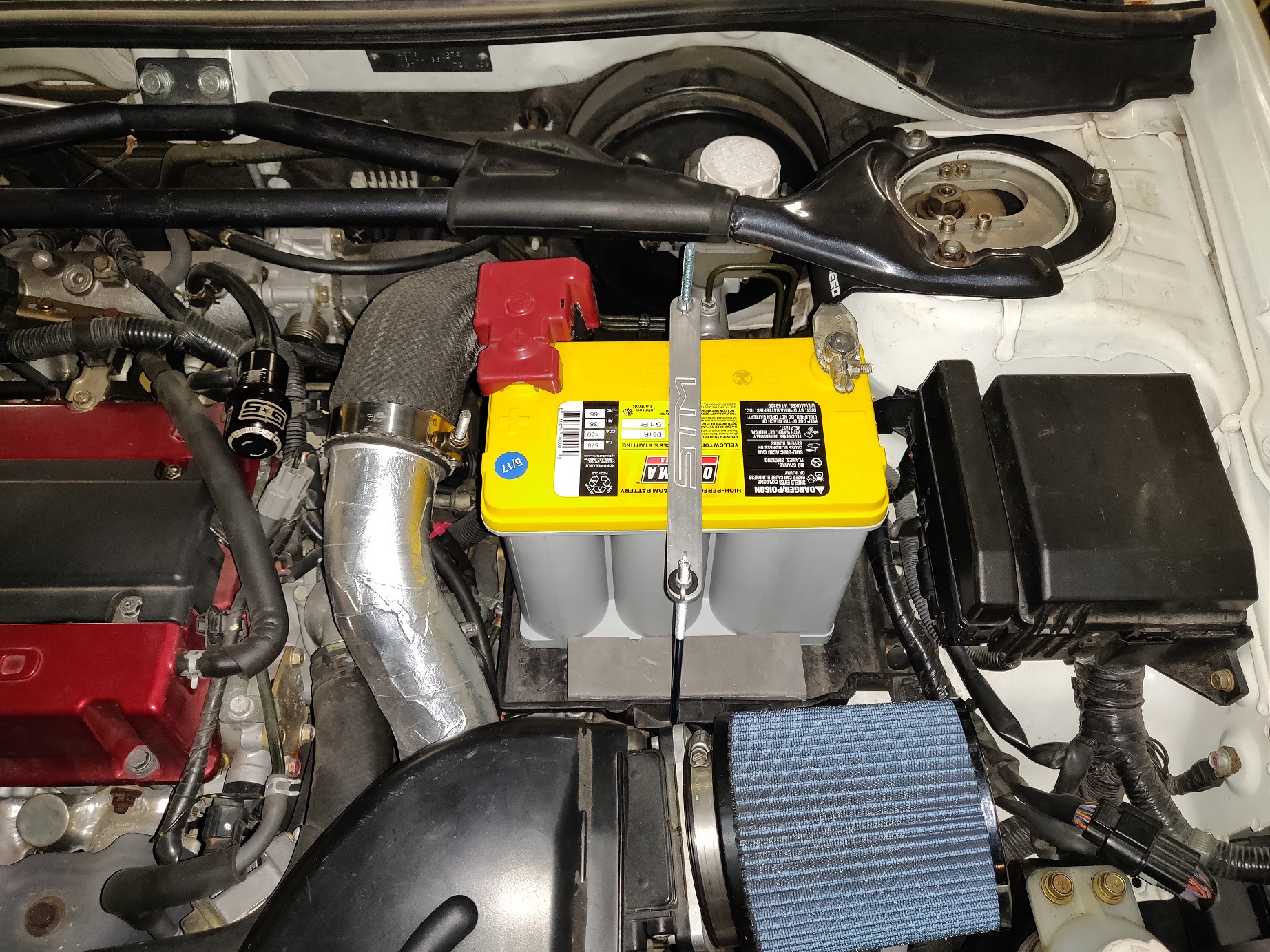 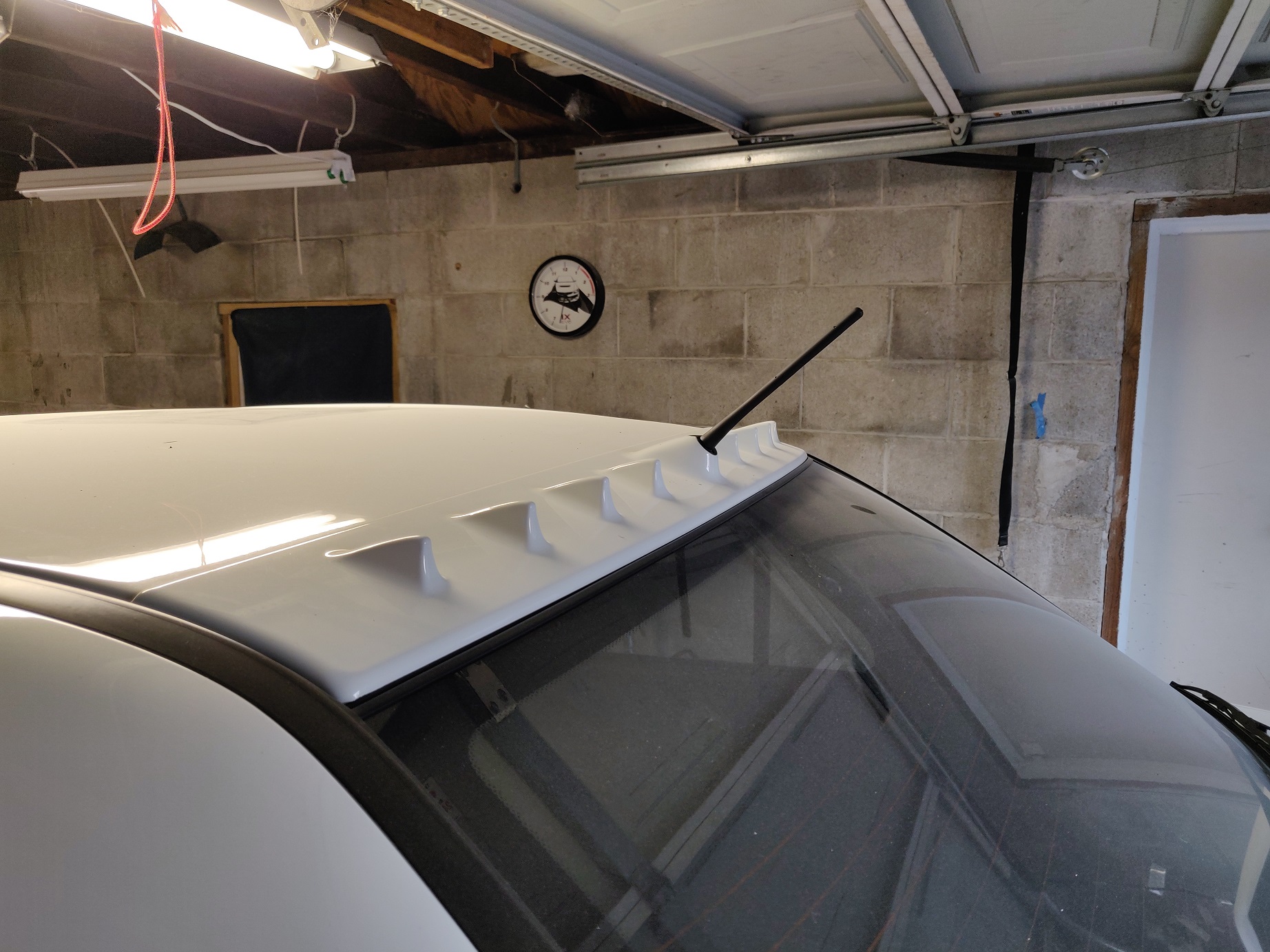 One thought on ““Heavy” Battery for the Evo”