While this car is going to my daily driver, one thing that really bugged me about my old ’08 Mini was all the rock chips in the hood. Most of those rock chips had turned into dark red rust spots, and the quotes that I had gotten to fix them were exorbitant. Since then, I have clear bra’d the Evo and the new Mini, and decided to go for it on the Rav4 as well.

As usual, brought the car to Clear Auto Bra in St. Louis to get XPEL Ultimate with the 10 year warranty on parts and labor. This time, I decided to go with just the hood, as I believe the bumper is some kind of plastic and more or less unnecessary as far as protection went. The hood already had a few chips in it, but nothing that actually broke into the metal.  With the Blizzard Pearl paint being as nice as it was, quickly had it done, and now one less thing to worry about. 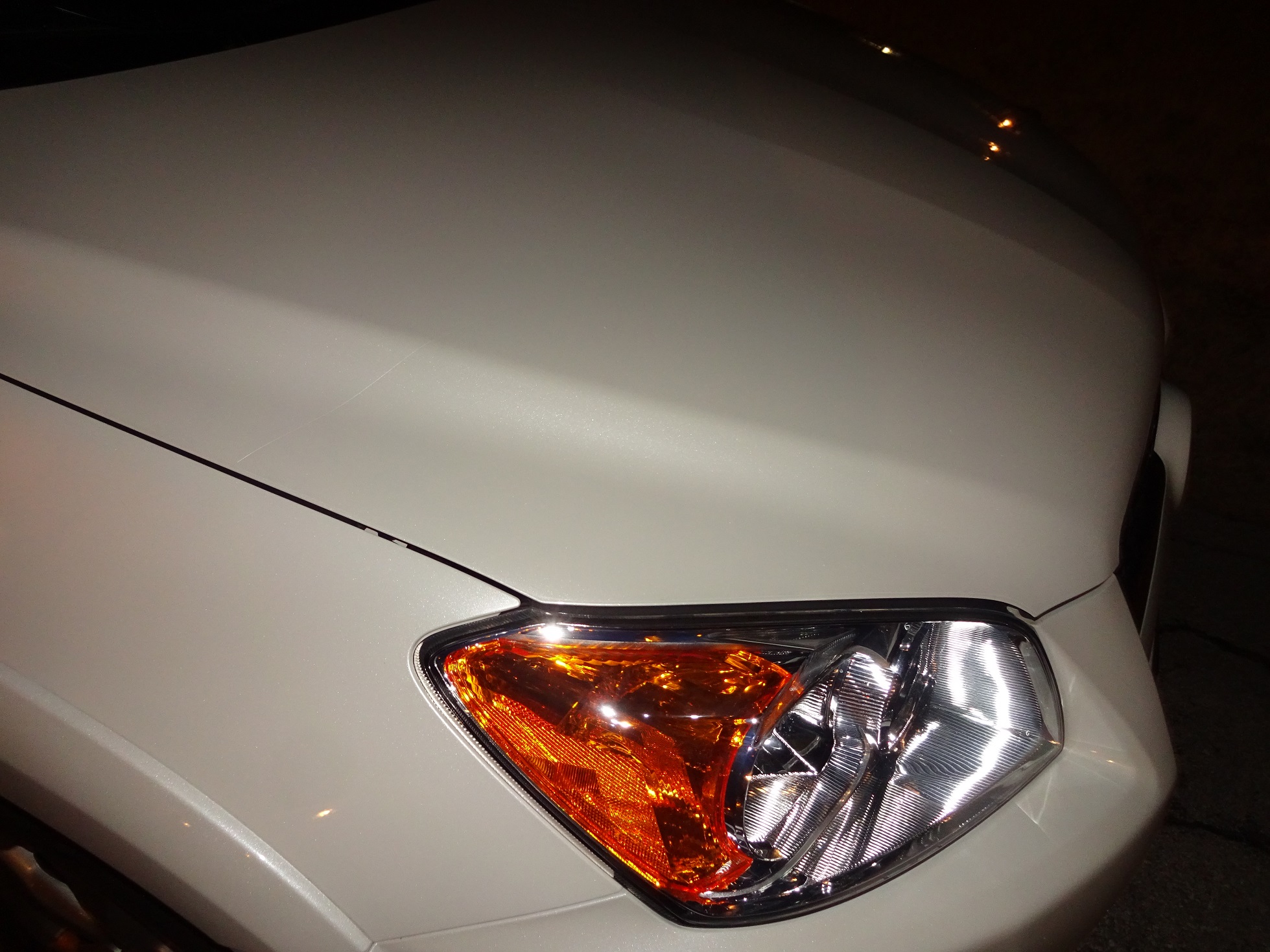 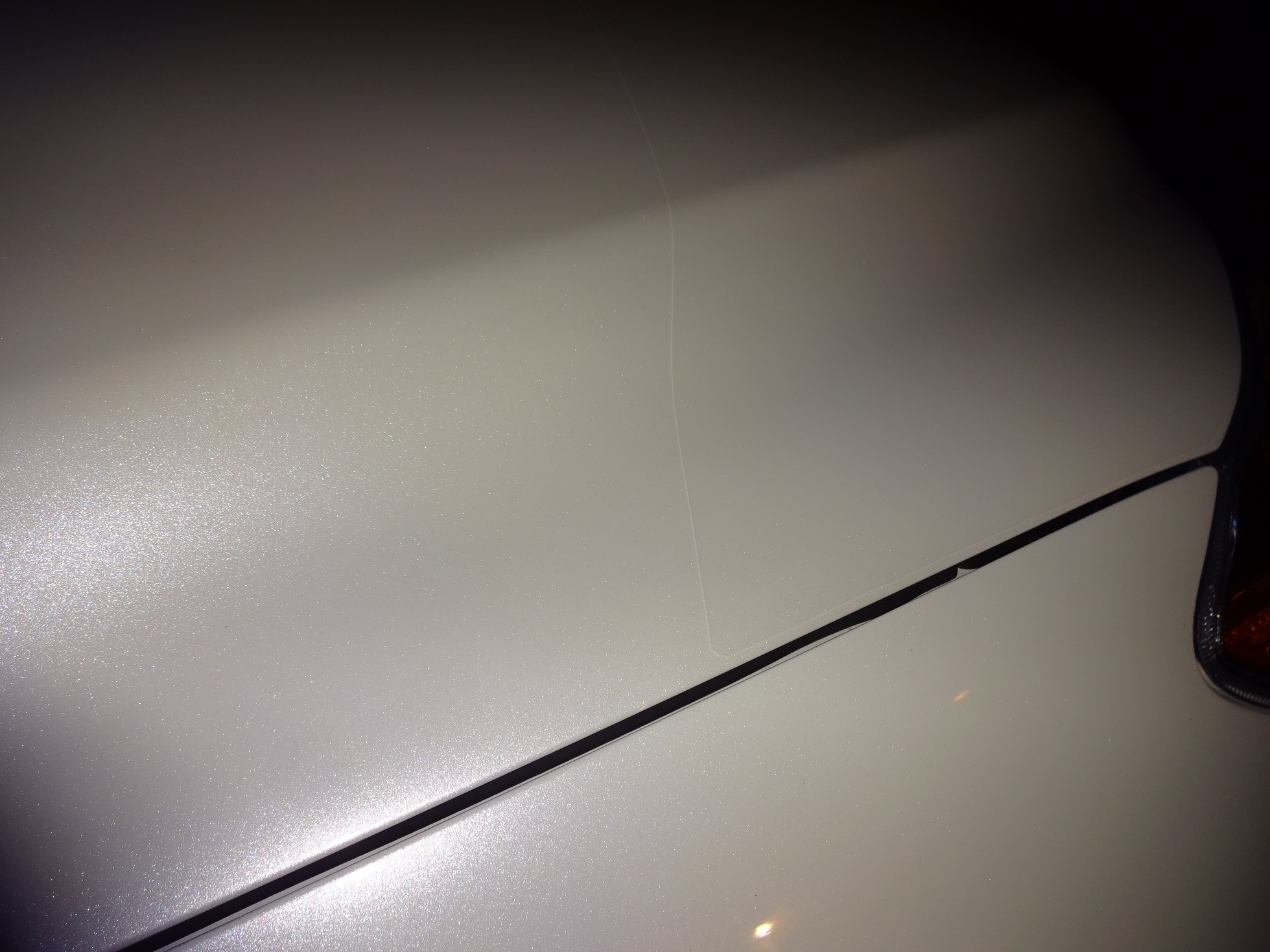 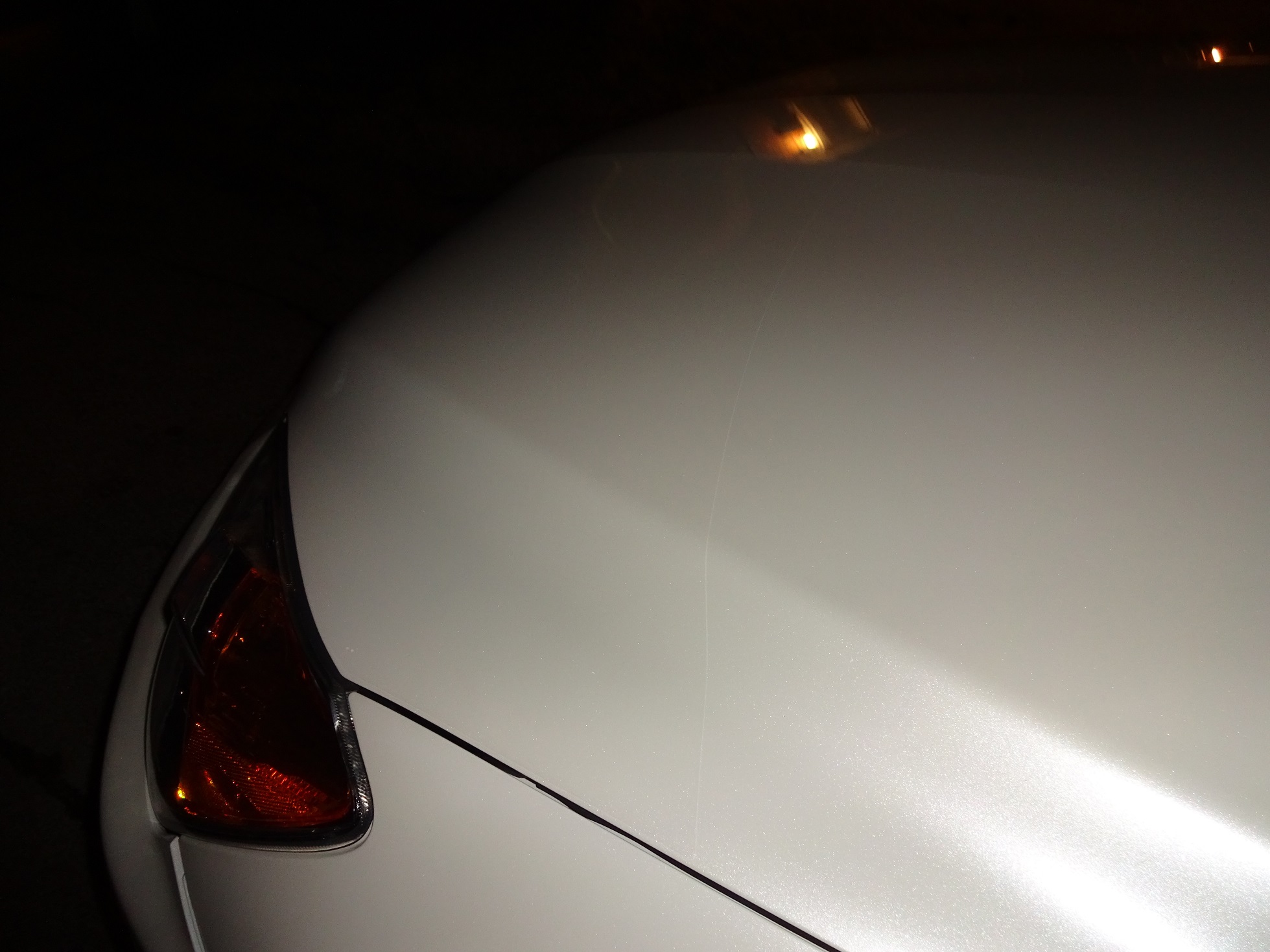 First day with clear bra is always the best – nearly invisible to the naked eye, and only catching as a thin line in flash pictures! Blizzard Pearl looks really great here too.