Really straightforward but thought I’d post a how-to, as I did this job this evening. No tools necessary, besides maybe a small flathead.

Disconnect the battery to be safe, and do all work at your own risk. The bulbs I chose were the Philips 9006 Crystal Vision Ultras. I have these bulbs in the Corolla, and was very happy with the nice, white output they had, thanks to being tinted slightly blue. Technically speaking, compared to a normal 9006 then these should have dimmer output, but it looks like my old bulbs were dim enough that they were an improvement regardless. 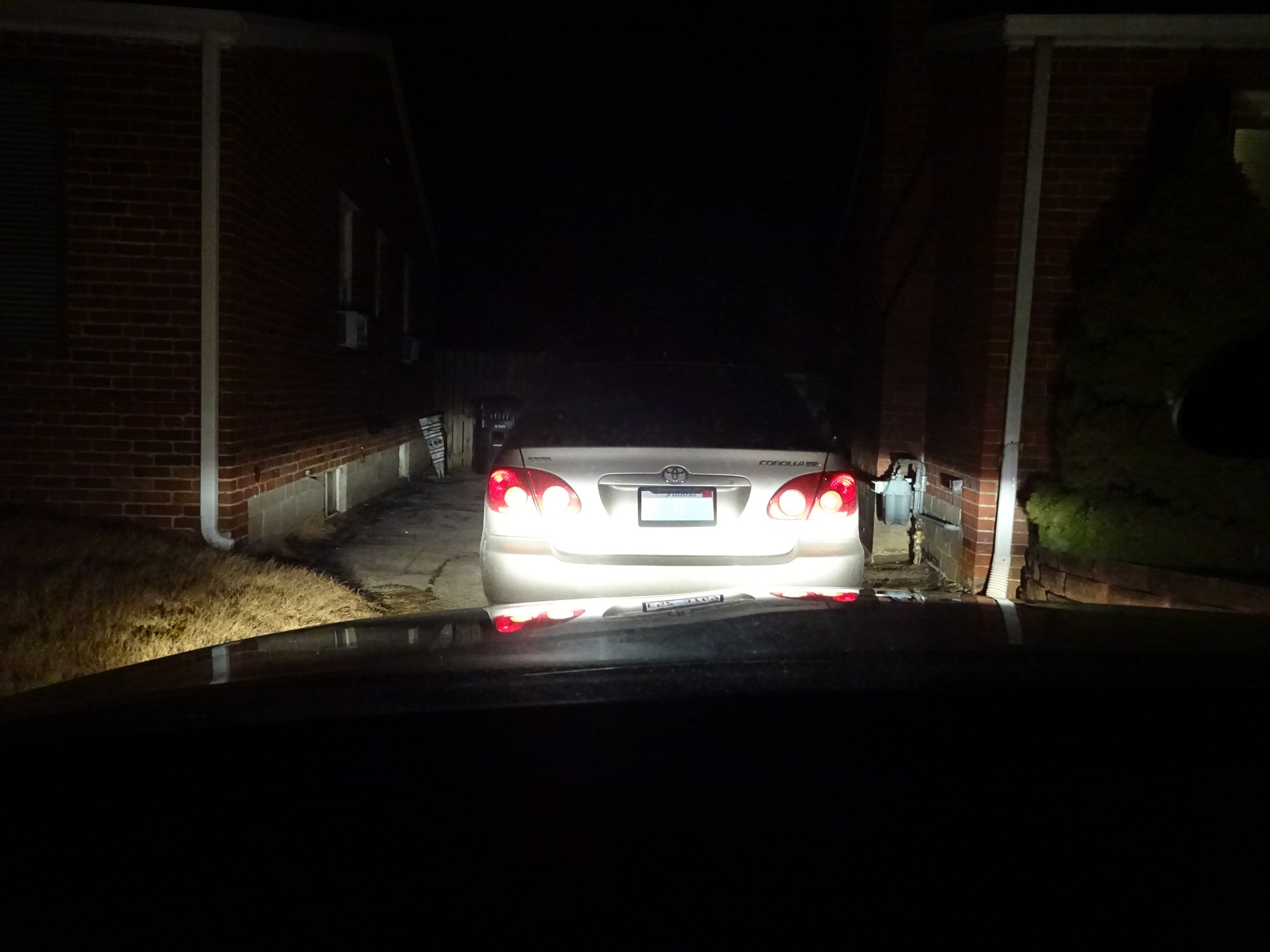 Starting with the driver’s side, remove the bulbs by turning them from the base counter clockwise (to the left). Unfortunately, the low beams were the farthest bulbs out from the center, which made accessing them slightly difficult. Pulling them out is easy enough. After turning them left, they come straight out. 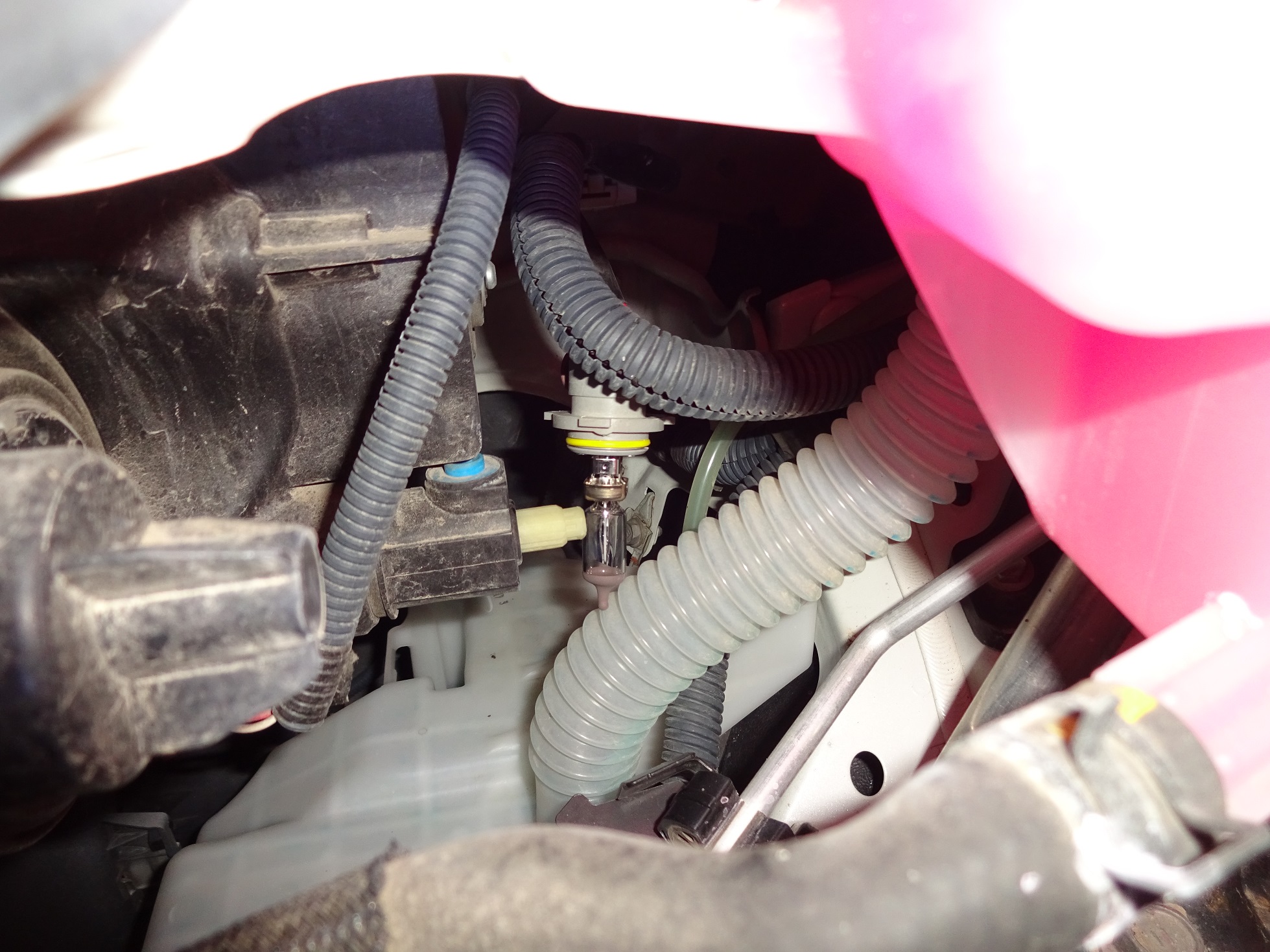 Then, pull the bulb’s base out of the red harness – this part is a little tricky, and a flathead will probably come in handy here. Didn’t get a great picture of this, but at the back of the red harness there’s an opening with a clip that can be undone to release the base of the bulb. Stick a flathead through the top to try to get the clip off. 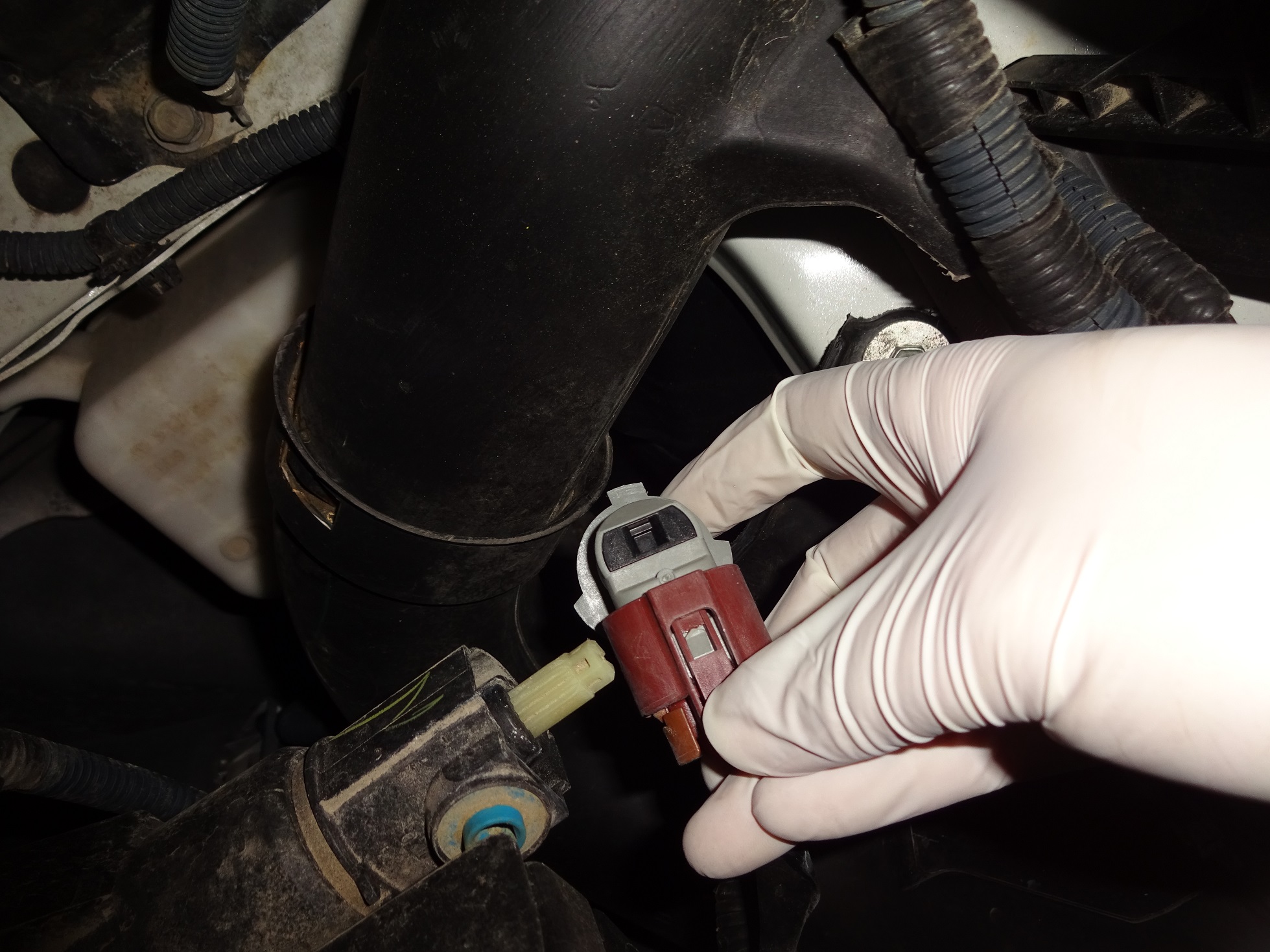 From there, it’s easy, and the new bulb will clip right in. May have to reinsert the bulb into the housing blind, just be careful and be sure to insert it angled, so when you turn it clockwise it’ll go in straight. 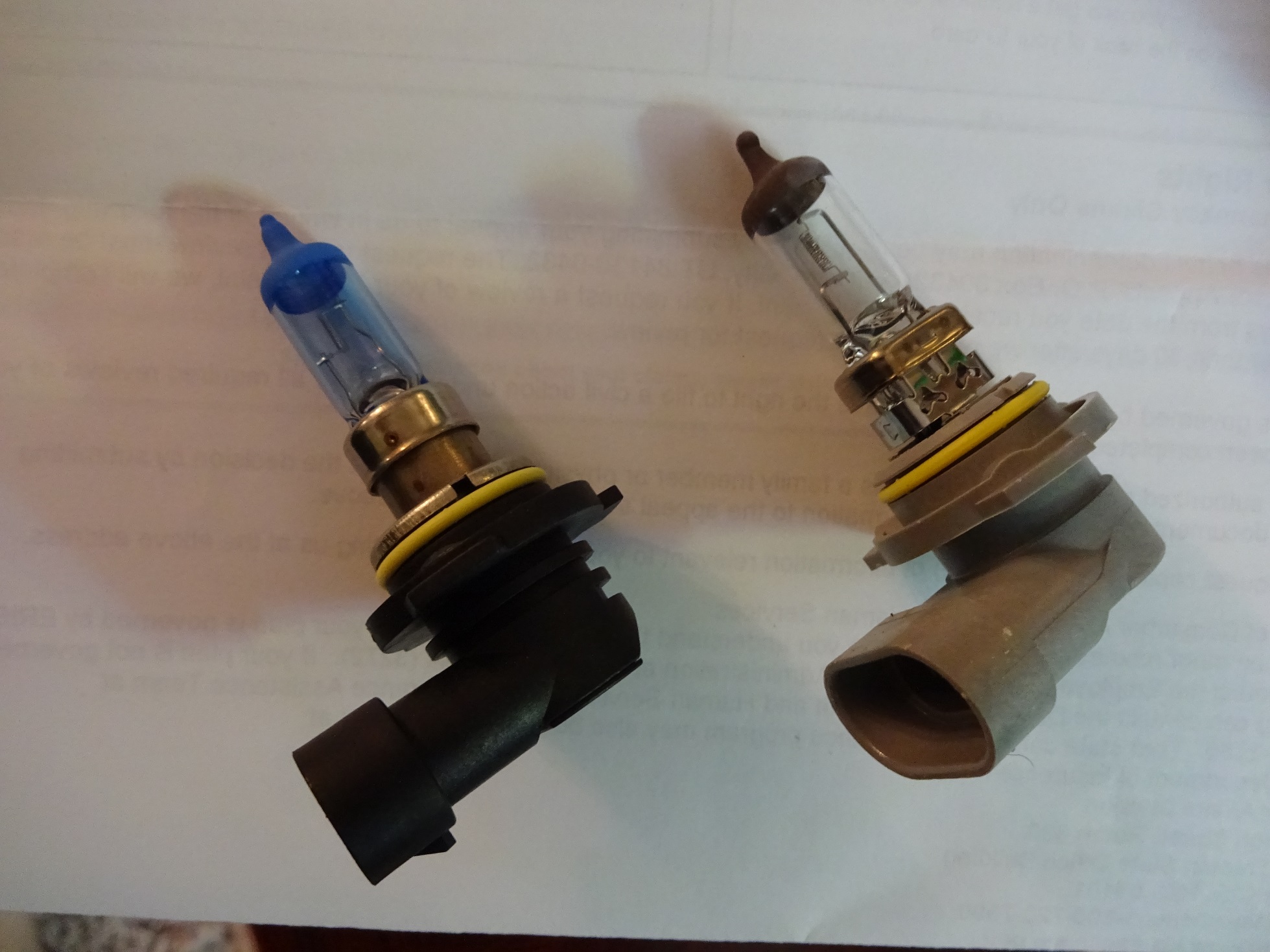 The passenger’s side is a little trickier, as there is even less space to work with. Tried to include a pic of it, but the same story here. Turn left to pull it out, flathead to release the clip, and new one on and turned in.

Bulb pulled out here. it is past the coolant container on the passenger’s side. 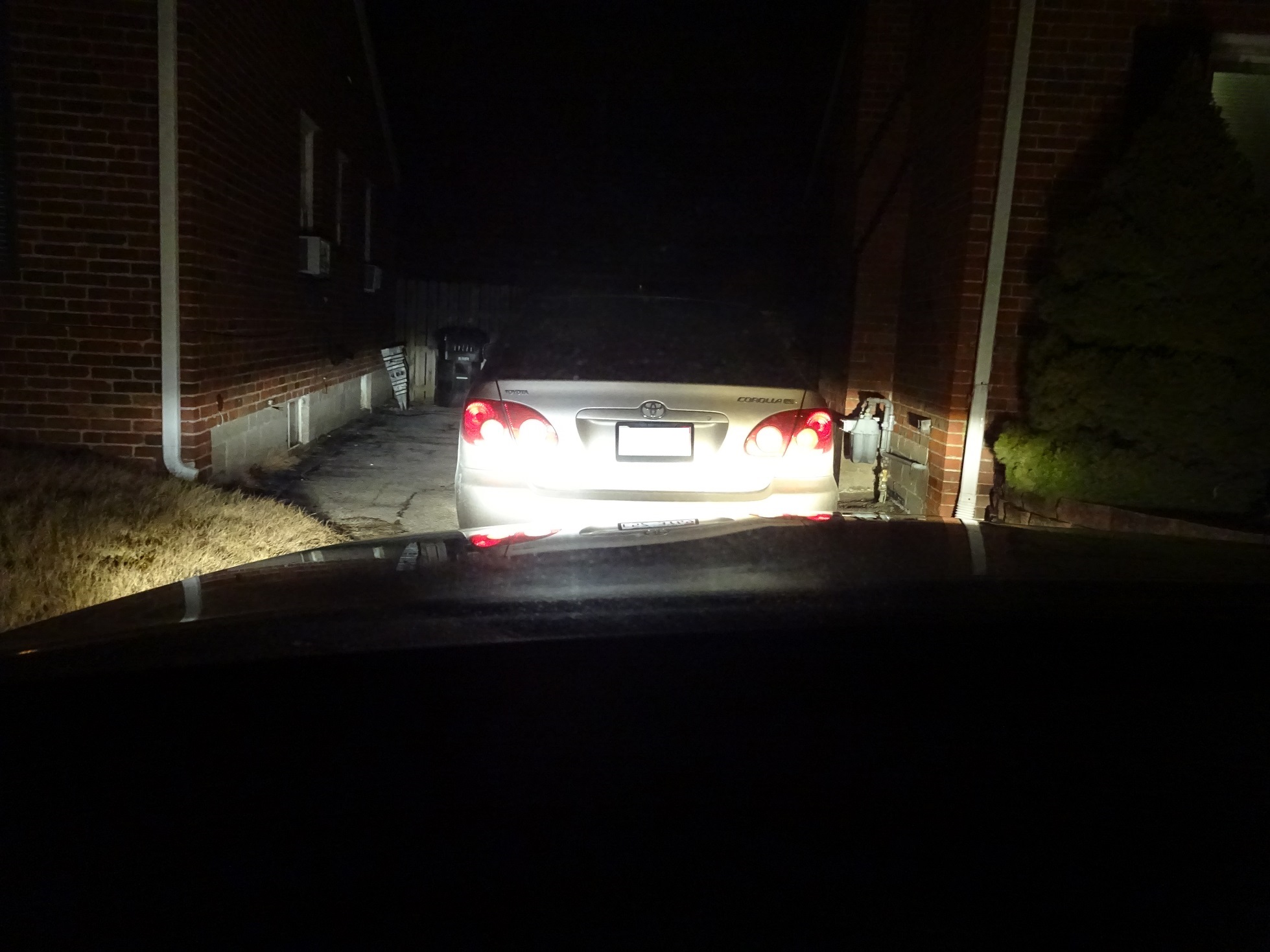 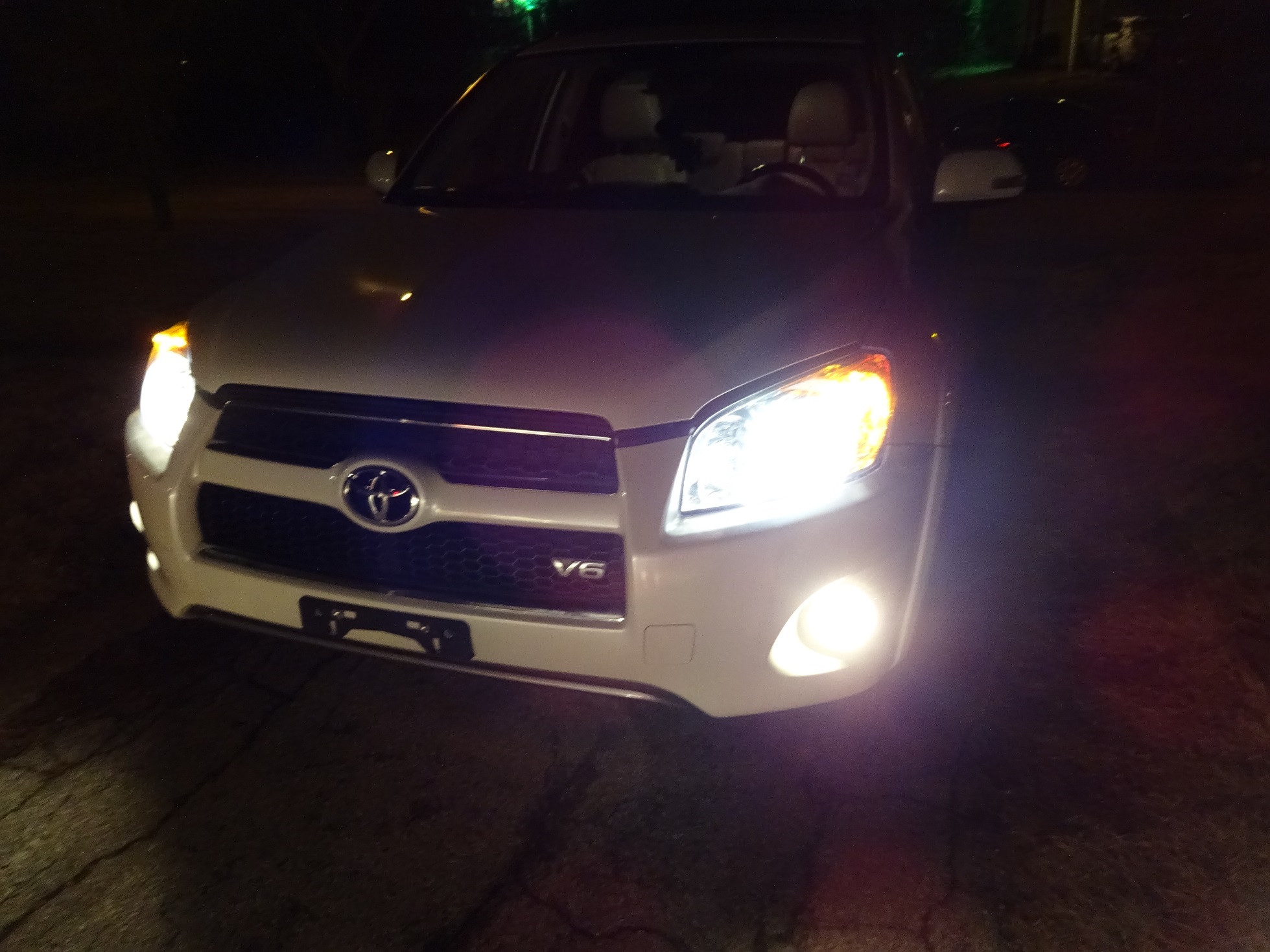 Hard to tell a ton from the pics, but it is definitely brighter & whiter, pretty much what I had gotten from doing this job on the Corolla as well. They don’t last all that long, but i think the quality of the light is worth it.