Did this as part of an ongoing effort to improve my Evo – was on a kick for a while to find what the best gear oil for the Evo is – rather, if there were any discernible reason why the Diaqueen SAE90 Gear Oil is so highly regarded — and why it seems so highly often cited that using anything else in at least the transfer case will lead to utter failure.

For those more familiar with oils, it is pretty commonly regarded that anything that’s SAE weighted should more or less by outperformed by a modern oil – i.e., a 75w90. It has the flow characteristics of a 75w when cold, which gives much, much better flow at cold than a straight 90, while still reaching the appropriate viscosity at operating temps (100c) for adequate protection on the viscosity front. So why is it that the Diaqueen SAE90 is purported to have so much better performance than modern synthetics.

For those even more familiar with oil, you’ll know that SAE90 was split several years ago due to the wide range it covered – lighter SAE90s being covered by 75w90, and thicker ones being covered by 75w110. To get to the bottom of things, I decided to send pure samples of Diaqueen SAE90 gear oil and Amsoil Severe Gear 75w90 to Blackstone Labs to find out. I also sent Red Line 75w90 Gear Oil and Red Line Lightweight Shockproof – findings are very interesting.

Amsoil Severe Gear actually looks to be a little light on the additives for the task even compared to OE Diaqueen, which uses lots of Boron and lots of Phosphorous. Red Line’s GL5 Gear Oil however, blows that out of the water with significantly higher levels of Boron and 3 times (!) the Phosphorous. Had I known this ahead of time, I would have gone with it. I used Red Line Lightweight Shockproof, which uses an unbelievable amount of Calcium, among other things. Lightweight shockproof as most notable in it’s color and behavior, really clinging to everything it touched. 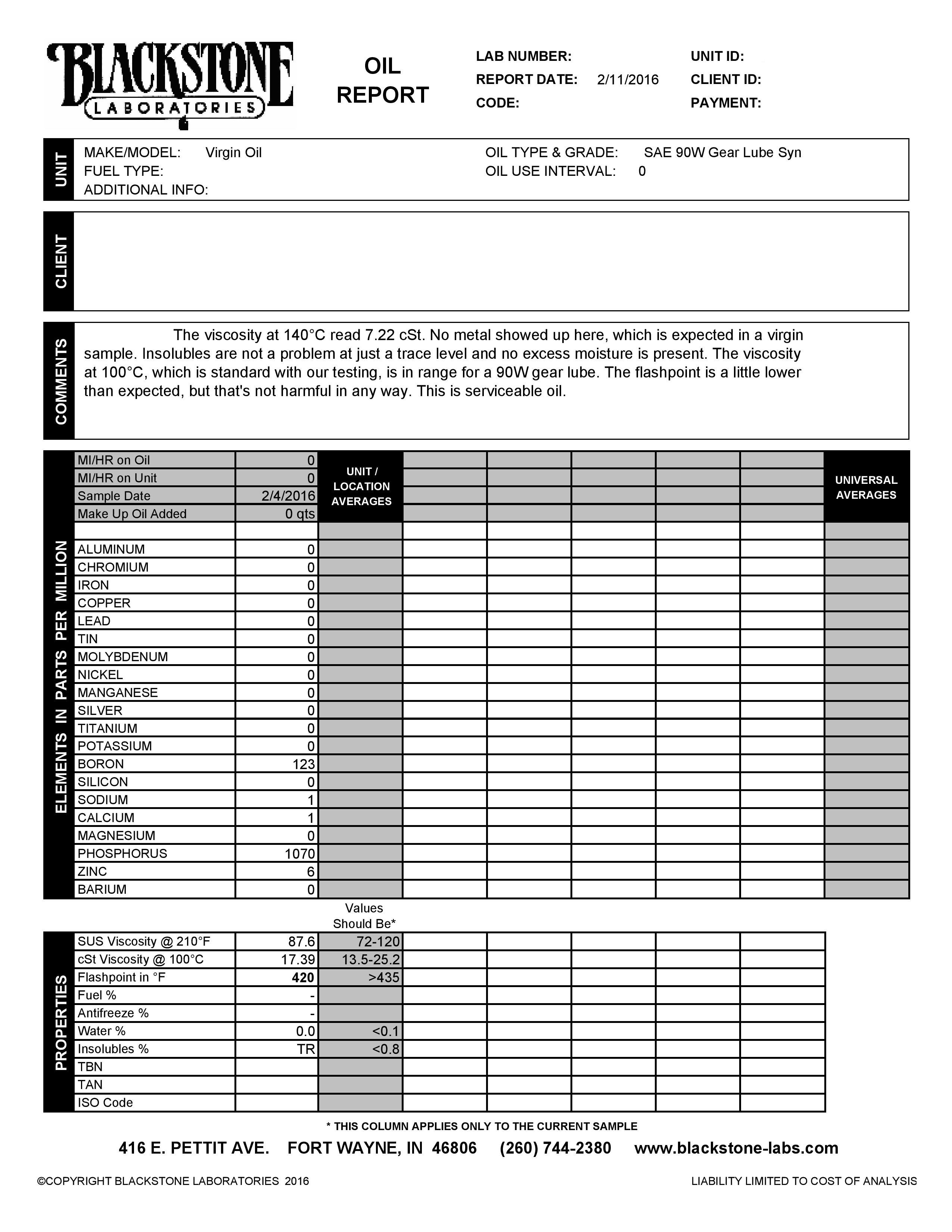 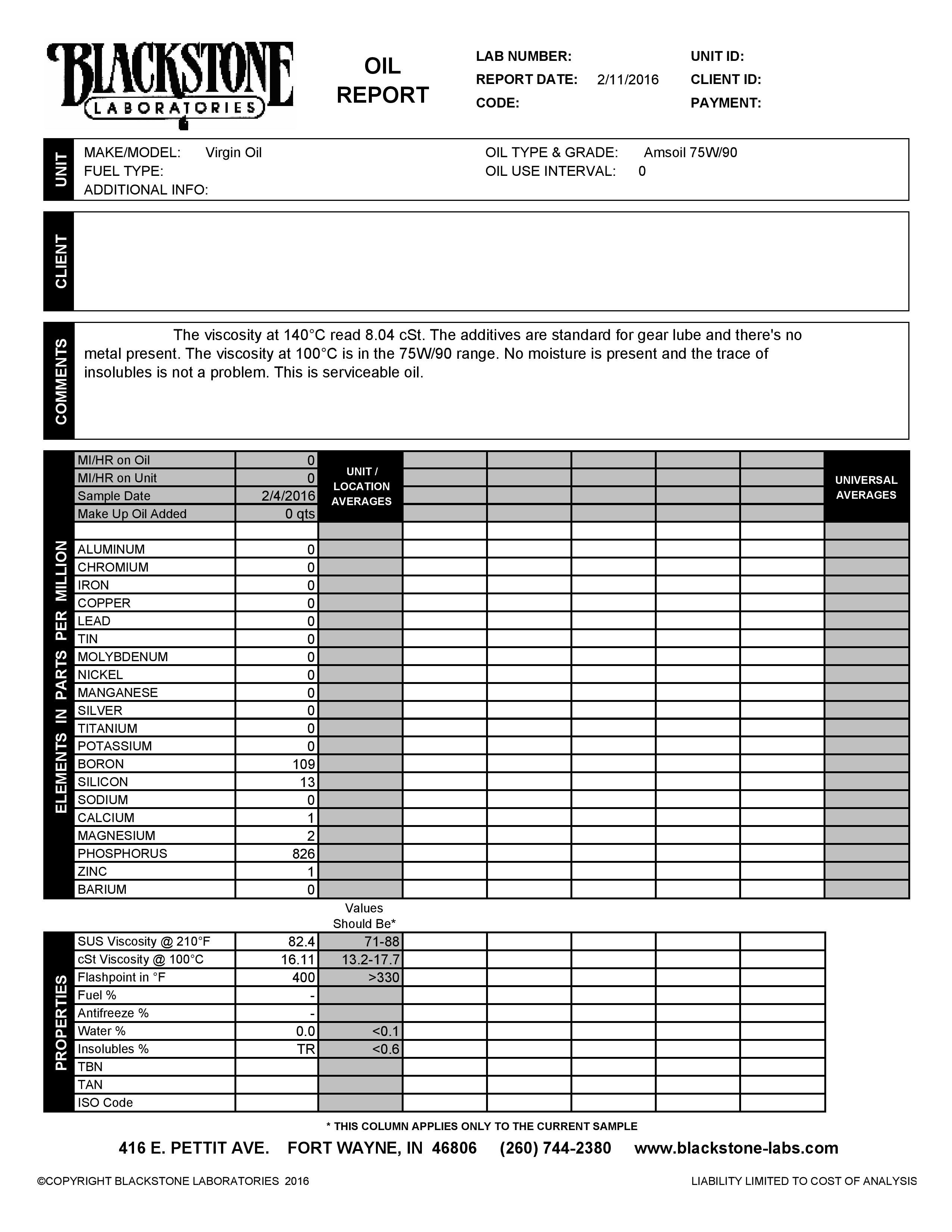 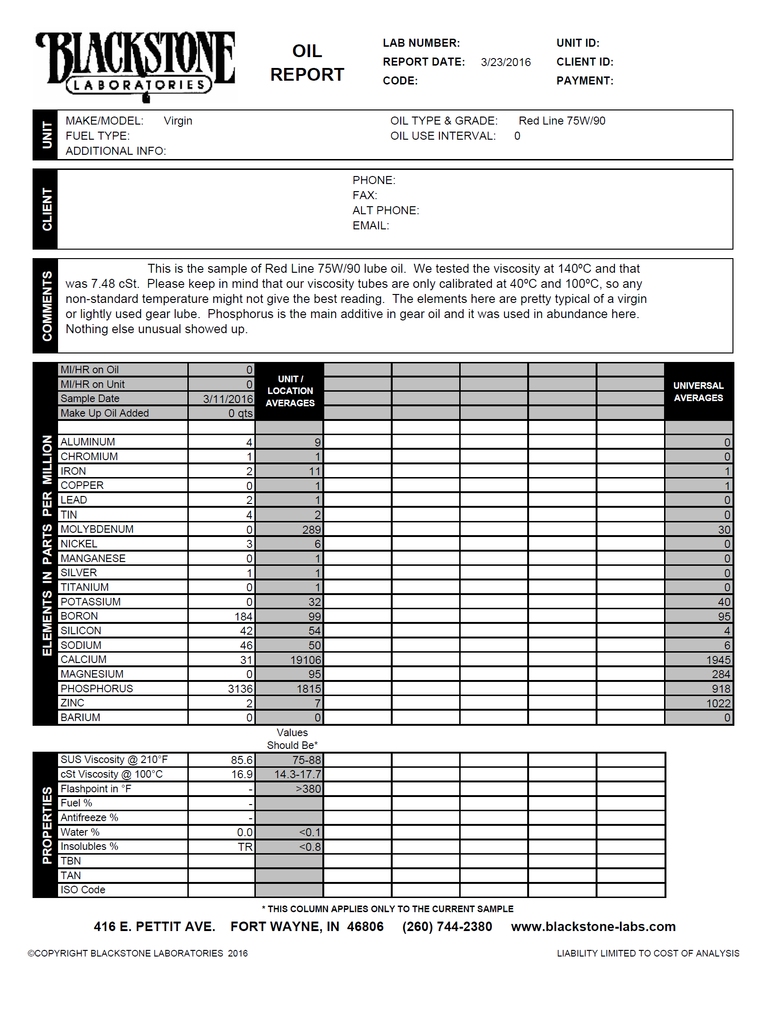 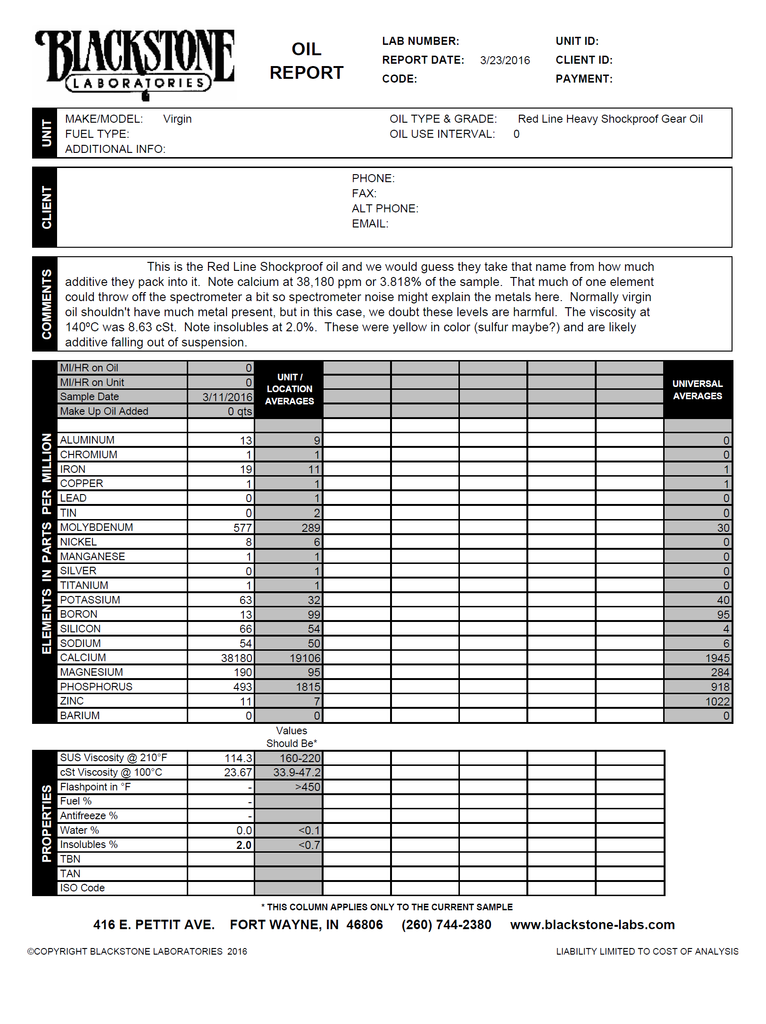 From the tests, there are a few things that can be noted: