Purchased a Canvasback liner for my ’11 Rav4! Before even getting our Rav4, we knew one of its main duties would be hauling around our 3yr old Border Collie, Pep. We made the mistake in the Fit of not using anything to line the seats and back when bringing him along, so when it came time to clean the car for sale, it was disgusting.

While the Limited’s seats are leather, they are still carpet based on the backside, which meant we needed to try something to cover the back.

We wanted something all inclusive that would line the cargo area as well as the seat backs when folded flat. While there were a few options available, we decided to try the OEM one first – this was a mistake. 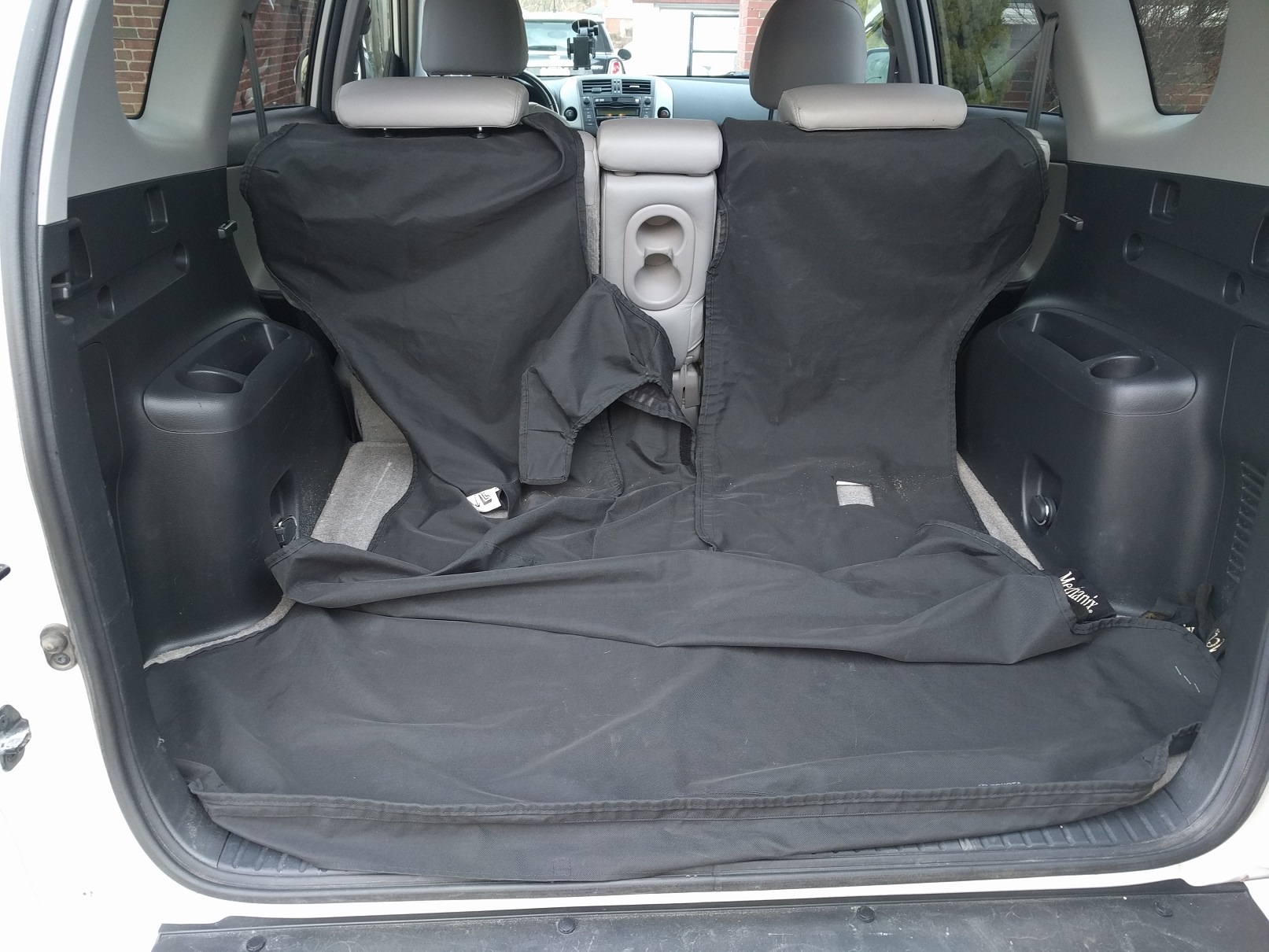 While I could have realigned it to make it look better for the picture, that was more or less the state of it after several repeated uses. It has nothing to securely mount itself aside from two holes on each side that you are supposed to put the seat headrests through. The middle portion hanging down velcros to each side, but obviously detaches from the 40 portion of the 60:40 split when letting down one side at a time, and eventually ends up looking like the picture above anyway. It is designed for the rear seats to be positioned all the way forward, but with the seats moving forwards and backwards this is the end result.

We decided we needed something better — enter the Canvasback liner: 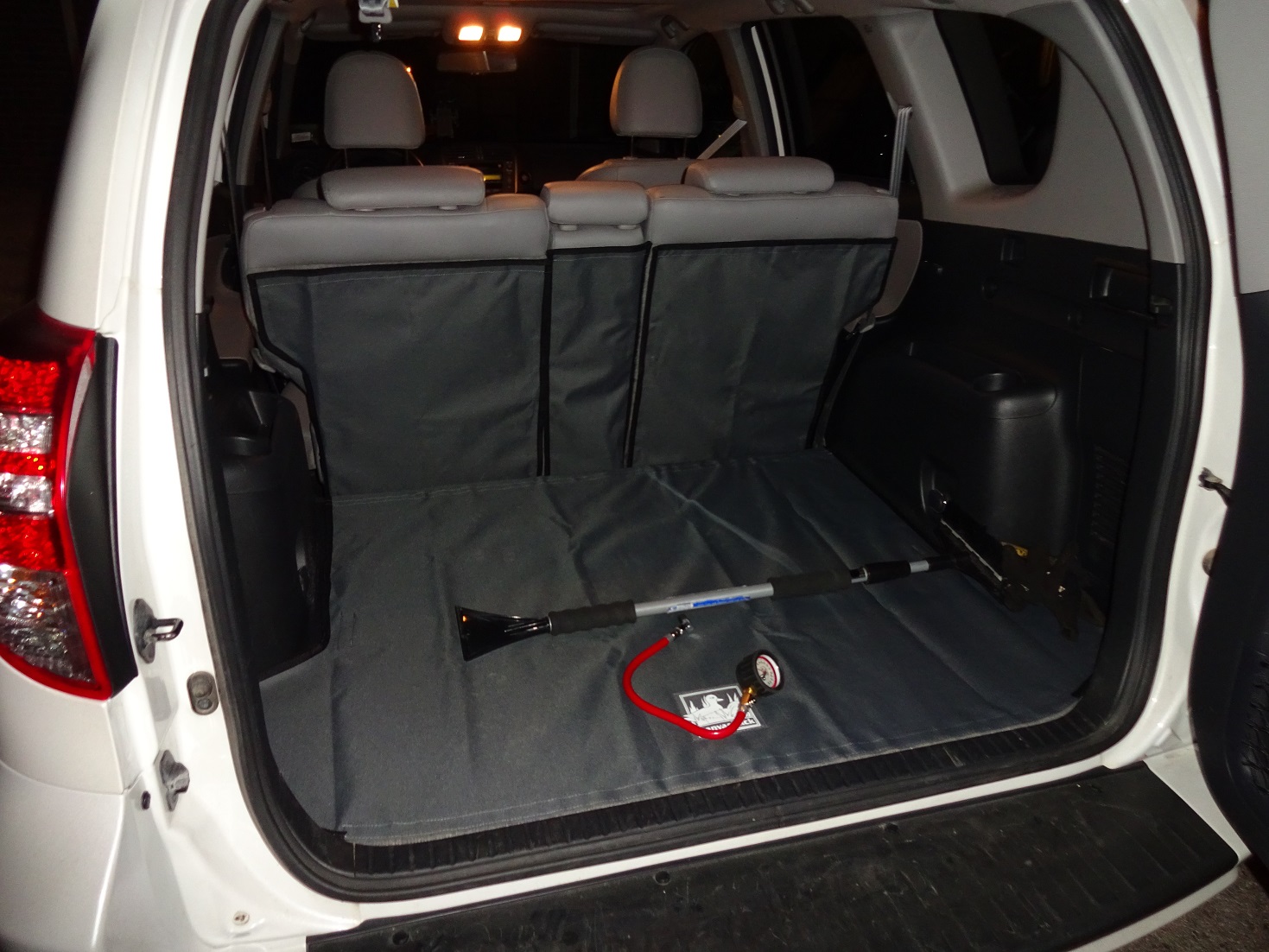 First off, like the OEM version, ours included the extended areas of the cargo area just behind the wheel arches, for full coverage. Also like the OEM, fitment is designed for the rear seats to be positioned fully forward. However, rather than using holes to hook into the seat headrests, it uses velcro to attach itself to the seatbacks along the top. There is also velcro attachments for the middle armrest portion, which I hadn’t installed yet in this picture. We were initially iffy about attaching the velcro on the armrests, but nobody ever uses it and after giving it a test run decided it was necessary. Finally there is velcro around the beginning of the cargo area, and velcro all along the bottom of the cargo area – what this translates to is a cargo liner that does not move (unlike the OEM version) unless I want it to. Fitment is 100% spot on, and they must have taken exact measurements when designing this piece.

The material seems good, haven’t “tested” it yet but it seems waterproof, and the color is a nice complement to the scheme in the interior. It’s a lightweight overall, probably not weighing more than a couple pounds max. Installation was obviously a breeze, I just needed to position the seats forward first and then lay it down carefully to let the velcro stick. With the rear seats positioned forward and laid down, there’s really no gap between the front area and the back, which is perfect for our dog, who likes to hang out at front armrest. We gave it a shot on the way to the park today, and it held up perfectly – search over, as far as we’re concerned.

I think my favorite thing about this liner is that, once the seats go back up and pushed back to more normal legroom dimensions, it holds in place nicely thanks to how it’s velcroed down on in the cargo area – the gap between the cargo area and the back of the rear seats looks completely normal. Snapped a quick pic of it at night, hard to even tell back there. Looks really great, and we are extremely, extremely happy with our purchase. 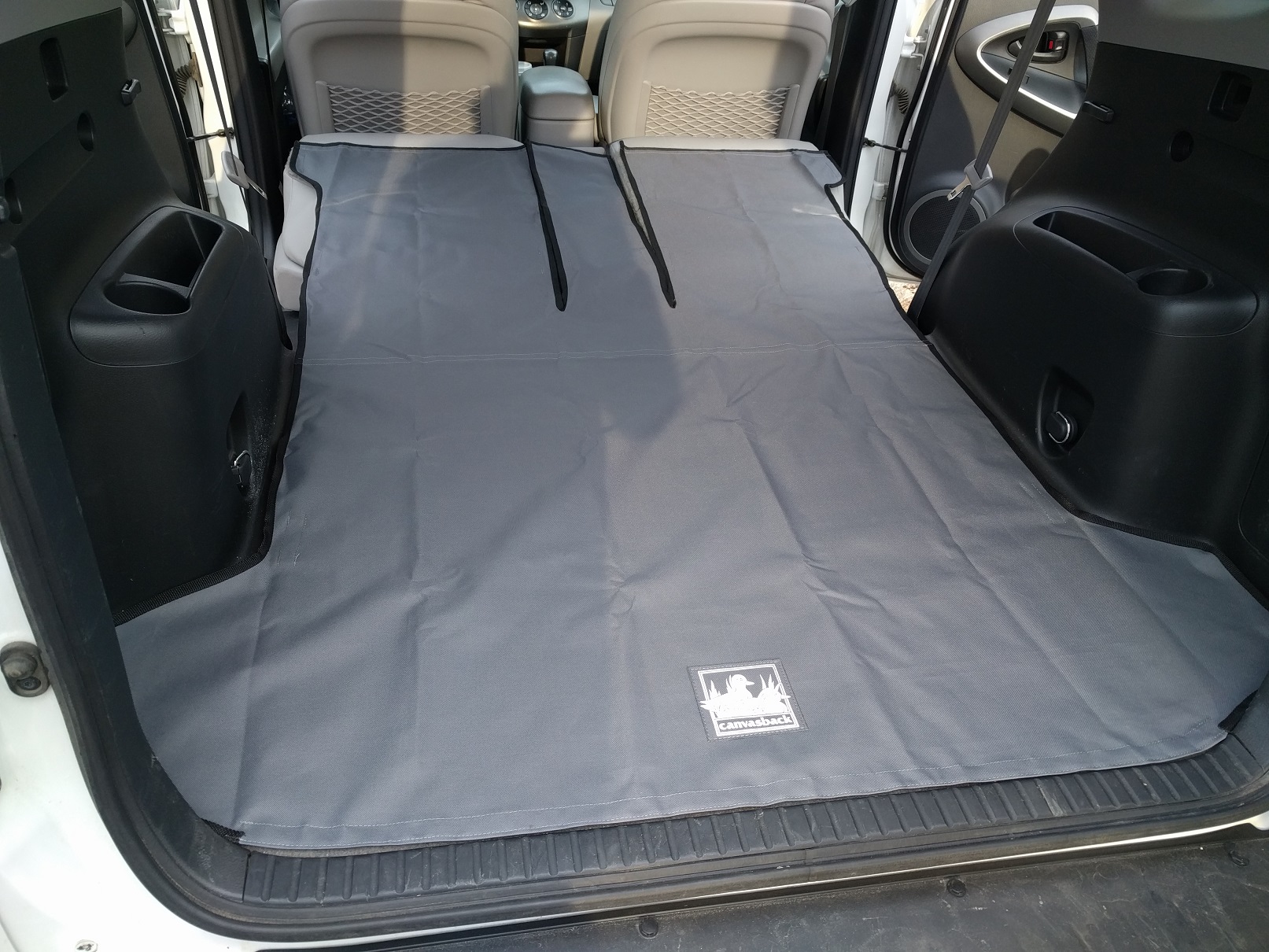 Dog approved, and came with a couple dog biscuits that Pep was thrilled to have as well!! 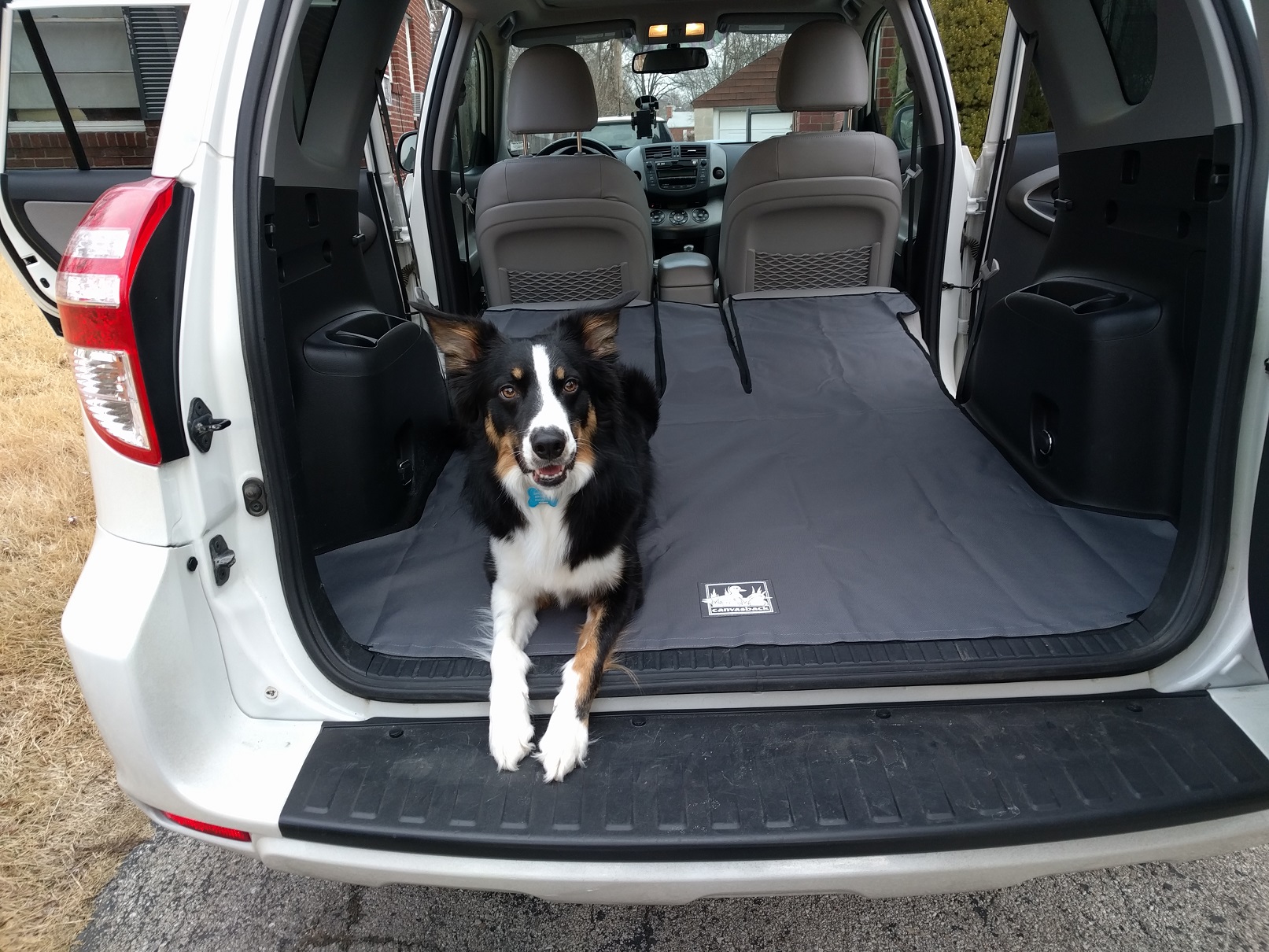