Noticed very recently the battery for the Fit was feeling pretty weak – start ups were taking a bit longer than usual. The dash lights would flicker during start up. The windows would make noises like they were struggling. The effects were exacerbated the colder it was or the longer it sat, and twice to my disbelief the battery was dead and had to be jumped. Hopping online, I quickly found out the stock 151R battery was notoriously bad, and given that this car is a 2010, this battery had outlasted most stock batteries. Looking online, it became clear the solution was to go from a 151R to a 51R. Moderately larger in size, particularly length, but packs 500CCA compared to the stock 330. I looked through a few posts and decided this was a doable modification for me.

This DOES require cutting/trimming with a dremel of the battery shroud/airbox, but this was the solution I found most reasonable. Please do at your own risk. If you feel uncomfortable, just take it to a professional. 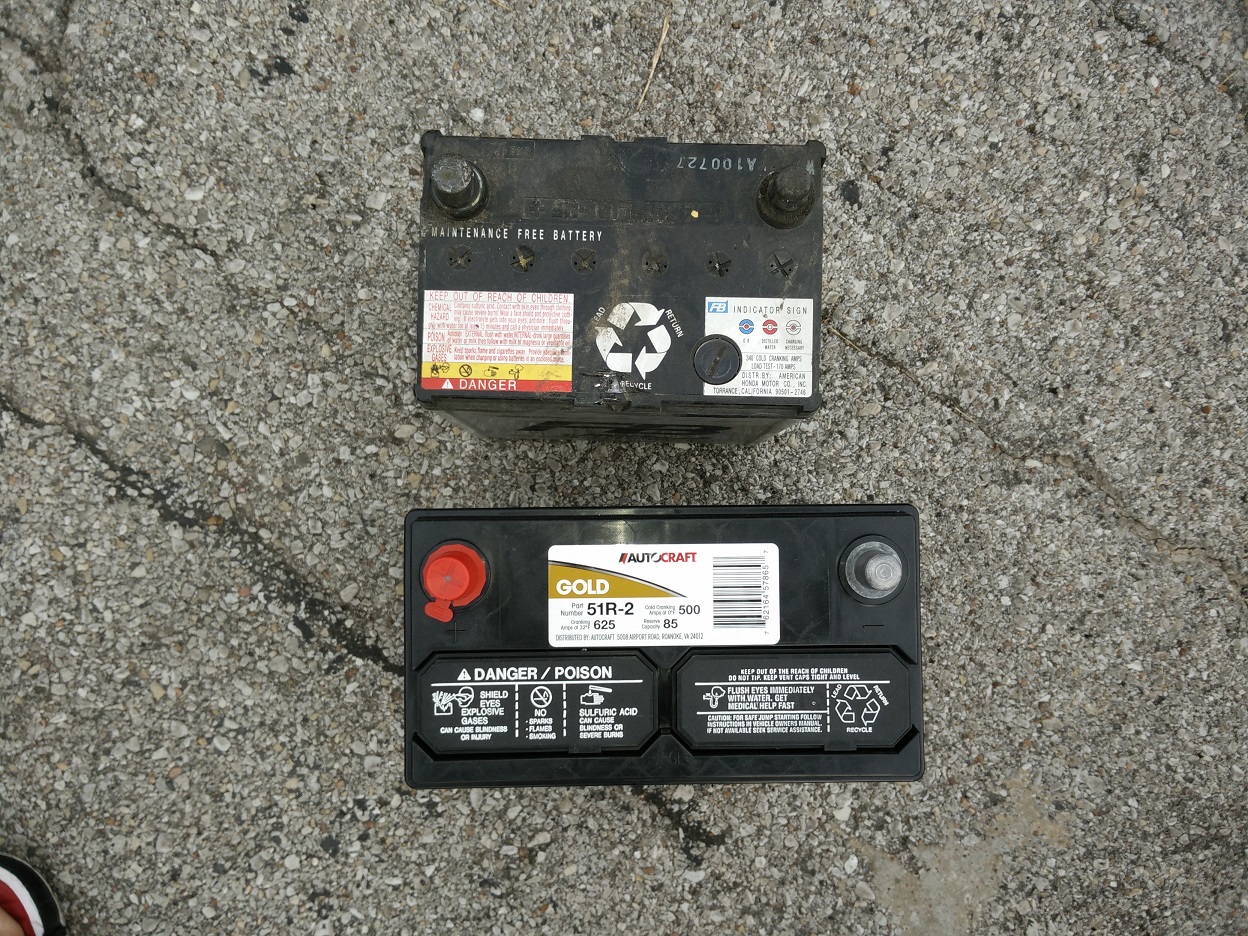 Old battery at the top – new battery at the bottom. Went with a 51R from Advanced Auto because of a coupon I had. I believe any 51R will fit. The Autocraft Gold came with a 3yr warranty. 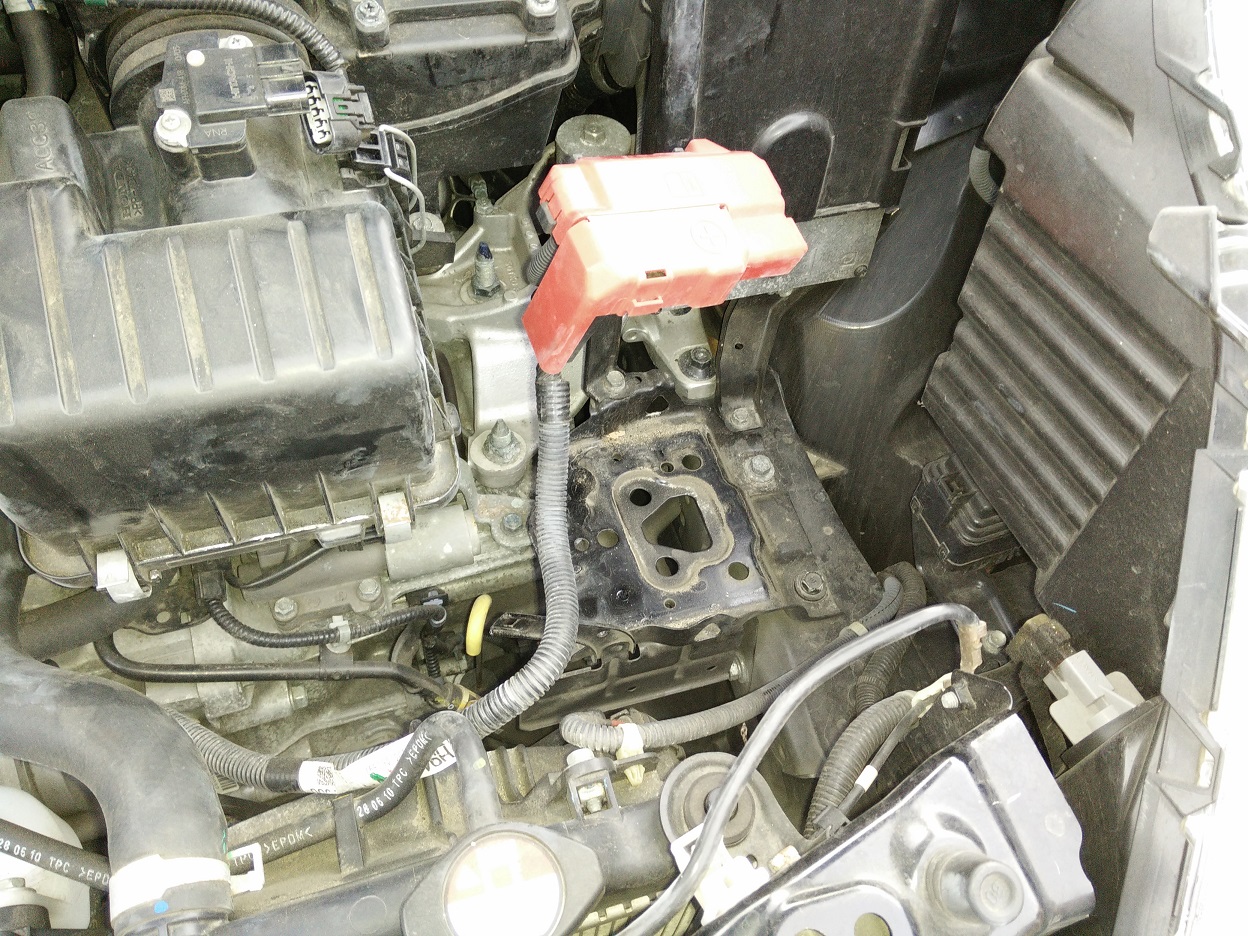 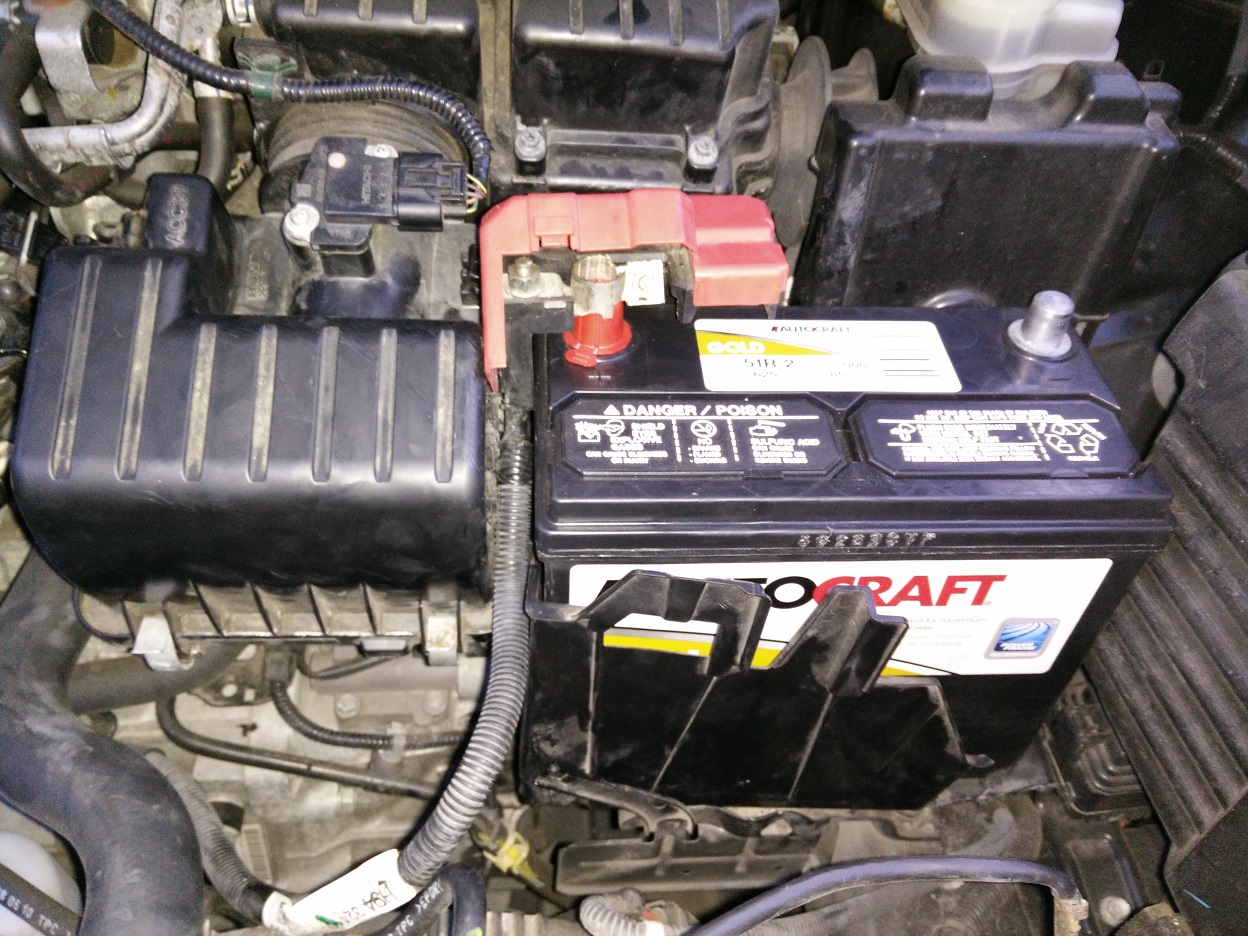 Test fitting the new battery. It was a squeeze – but don’t be discouraged, it fits! And I think the 51R I got was a little longer than other 51Rs. Note, I took off the blue clamp that was holding the main power cord that leads to the red terminal in this picture. Fairly typical plastic clip, I just wedged in a screwdriver and knife on the sides to undo it. 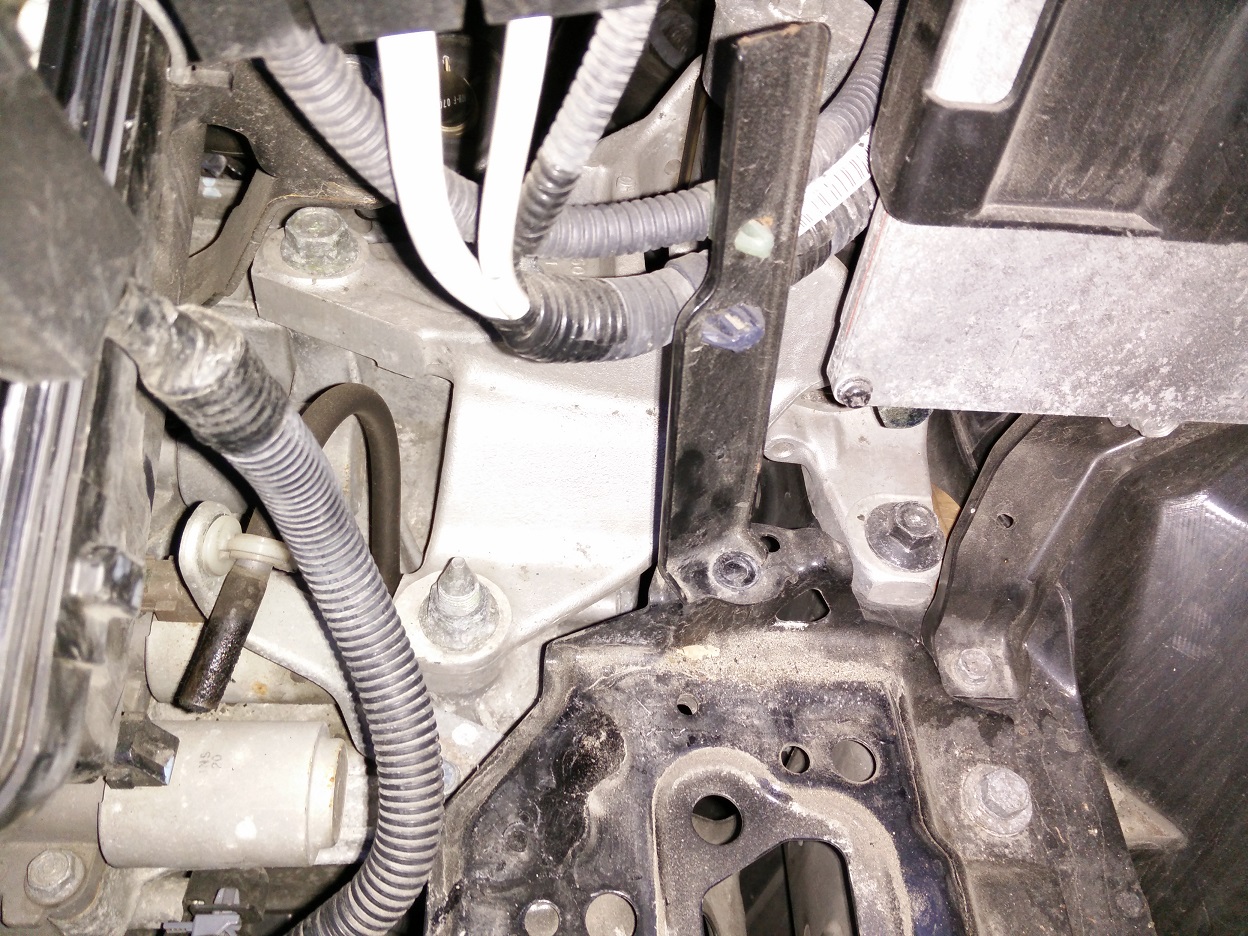 There was also a 10mm bolt holding the other side of the terminal, as shown in the picture. Undid that bolt so I would have more room to move it around.

Most importantly, which I neglected to take a picture of – I dremeled down the right side of the airbox. The airbox had a lot of fins that needed to be dremeled down so the power cord could slot between the box and the battery, so it sits as it does shown in the picture. Also reinstalled the battery tie down.

Last thing I cut off with the dremel. Maybe my particular battery was a little tall, but there were plastic edges on the right side of the full power terminal that stuck down like two stalactites – they were preventing me from sitting the connector down as much as I wanted to. I struggled trying to get it on without doing this, including using aluminum foil to make the terminal a bigger surface to clamp down on. It still wasn’t good enough, so I did have to cut those down to get it where I wanted. 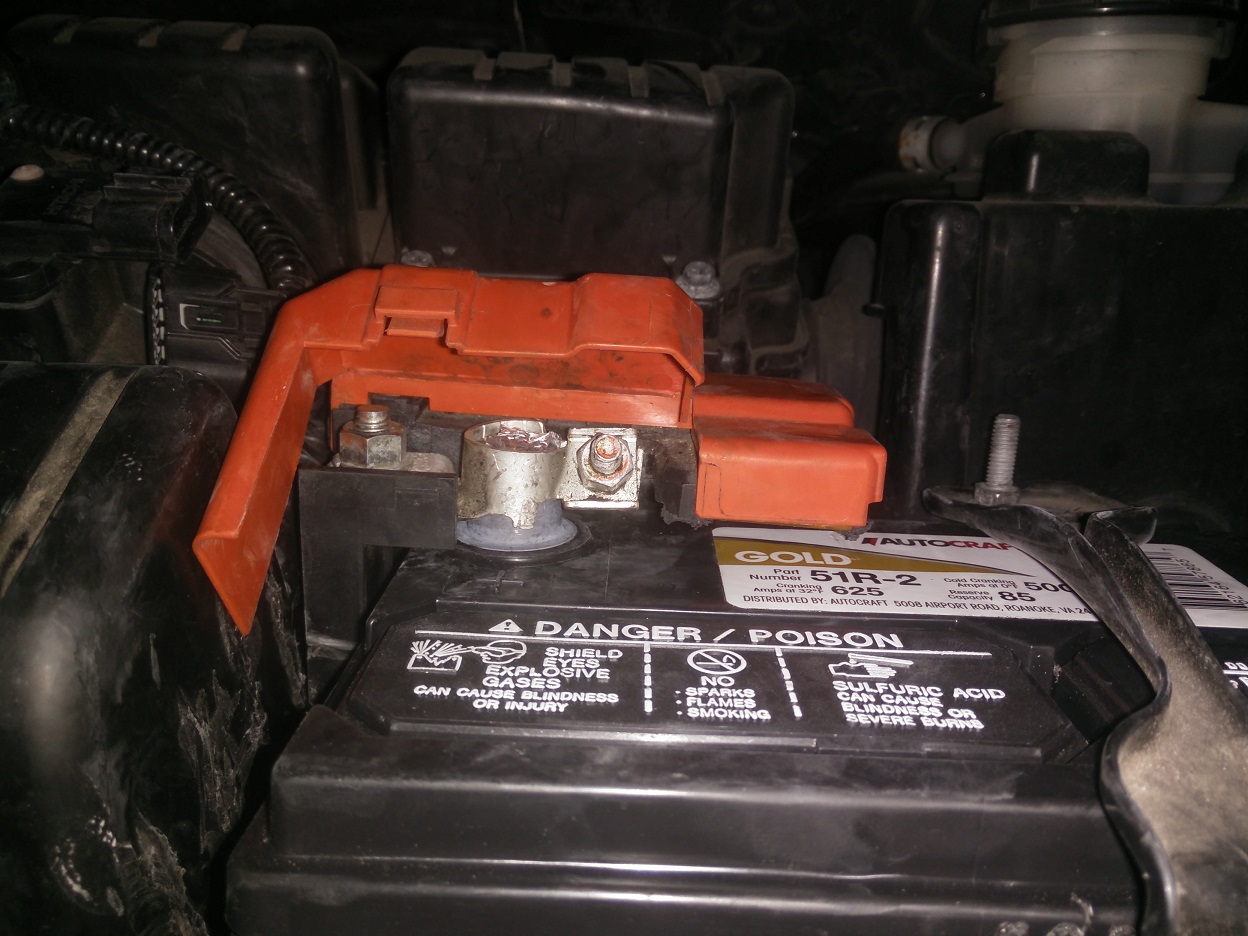 Overall, I’m extremely happy with this modification. The car starts up so much quicker, and I feel like the battery is going to be less taxed than a normal one would, given the Fit is designed to use the 151R. There is zero lag in the start up, and I’m sure the alternator isn’t working as hard to constantly recharge it. I had no more issues with the battery throughout my admittedly fairly brief ownership of this car.