Finally got the Corolla realigned. It was messed up for a while, but it needed shims, which I was unfamiliar with, and ultimately held off on. Given that it was being use so frequently for my trips up to Chicago and work commute (~800-1k mi/week), decided to finally get this taken care of.

I also purchased camber bolts for the front in case anything needed further degrees of adjustment in the front, and these shims. These fixed the issue right away – the camber bolts in the front were set to “low” camber, as I don’t need camber on this car, and the less camber, the (very slightly) less rolling resistance and the (very slightly) better the braking. The “before” was actually worse than what’s seen in the “before” measurements below, as the shot was taken after the camber bolts were installed, and the shop was able to use the shims to correct the toe in the rear.

Car feels better now, used to pull to the left, and the steering feels more direct/car seems to change direction more quickly. Hopefully it won’t need another alignment for a very long time. 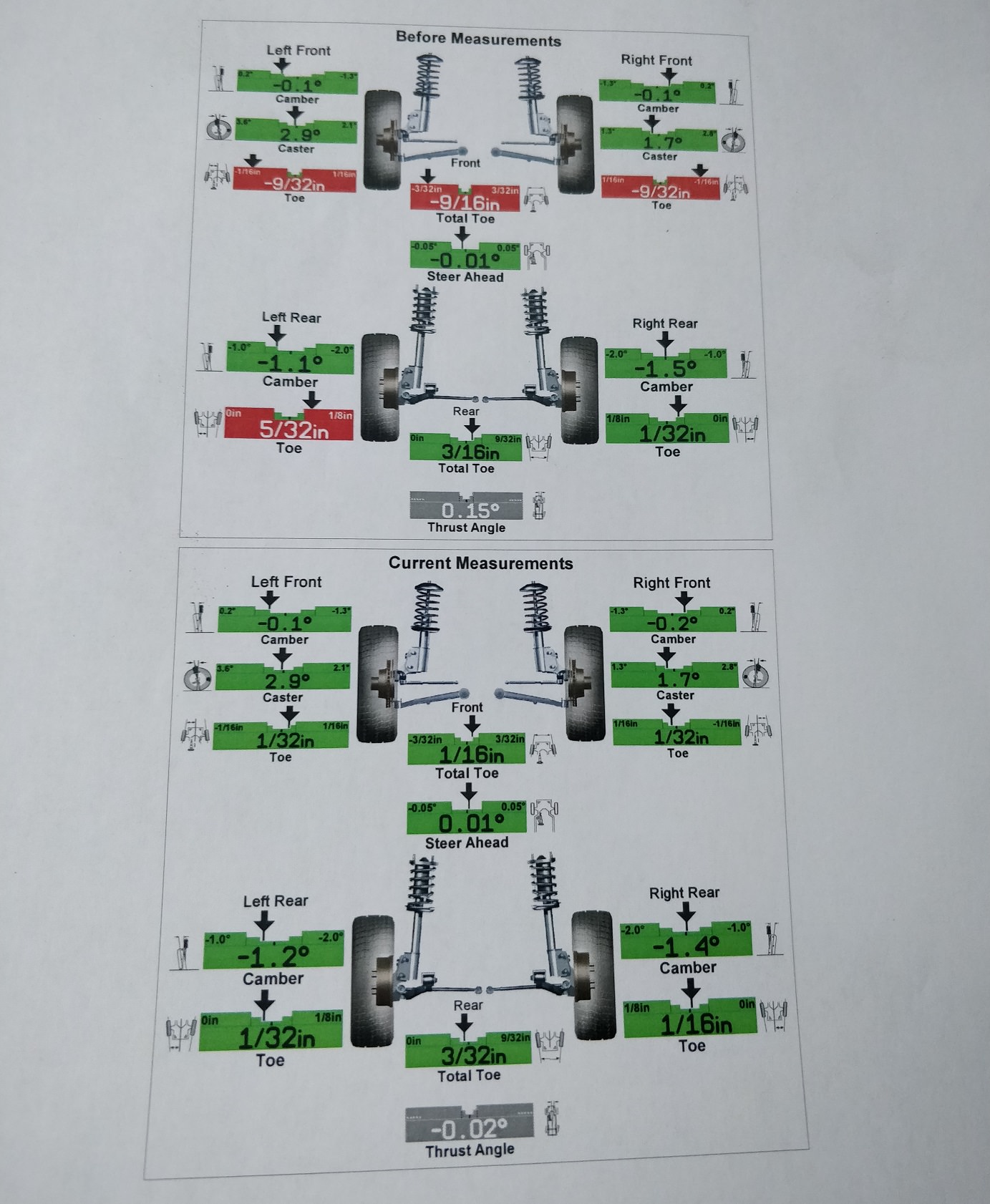