Given that winter is approaching, and I’m using this car to commute about 800mi/week, I decided it was time to upgrade the headlights once more. Searching back on eBay, this time I was looking for aftermarket headlights with projectors. Unfortunately, the only headlights that actually had projectors also had halo/angel eyes on them. I decided this wouldn’t be the end of the world, and ordered a set – there are a ton of these, and all of them seem made by the same company. I got the “clear/chrome” version to look less ricey than the smoked out kind.

These headlights required special, but straightforward wiring for the LED halos, and use H1 bulbs instead of 9006. These, combined with the projectors, seem much, much brighter than what the Corolla has ever had – I’m extremely pleased with this mod. The angel eyes aren’t that offensive, and the beam seems to be about right without me even adjusting them – though I may even lower them after I do more night time driving.

I’ve removed the bumper before from the first time I did this, but you can use this video to get the bumper & headlights off:

The wiring instructions for the LED rings were included here, and the rest of it was very straightforward. One note regarding the 03-08 Corolla – the connectors are both red, but one is red with white stripes and one is red with black stripes – I made the obvious guess that the red with black stripes was the ground, and this was correct. Either way, it’s not the end of the world as you can just connect the other connector if you guessed wrong.

Pics below. Really happy with this mod!! 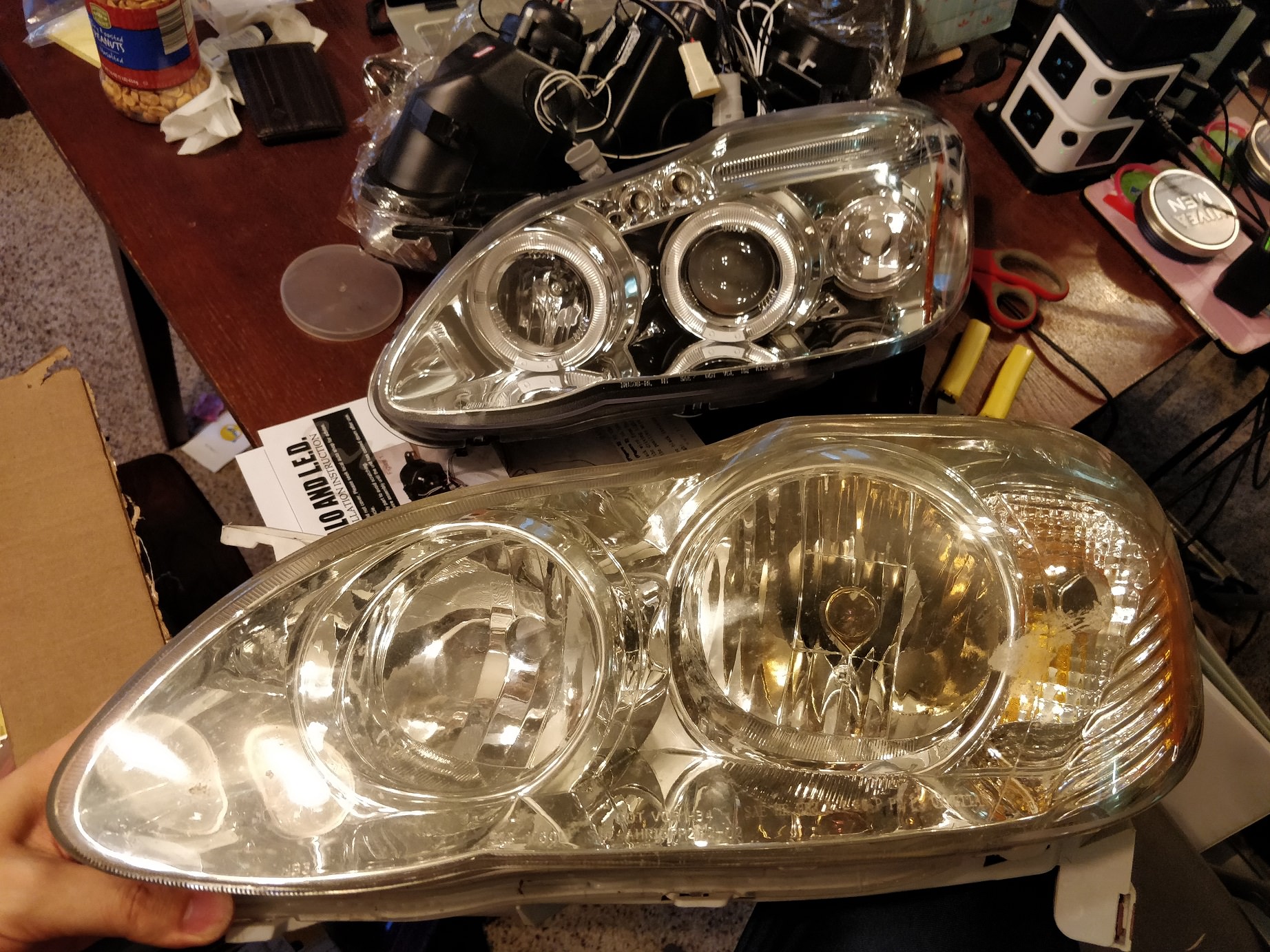 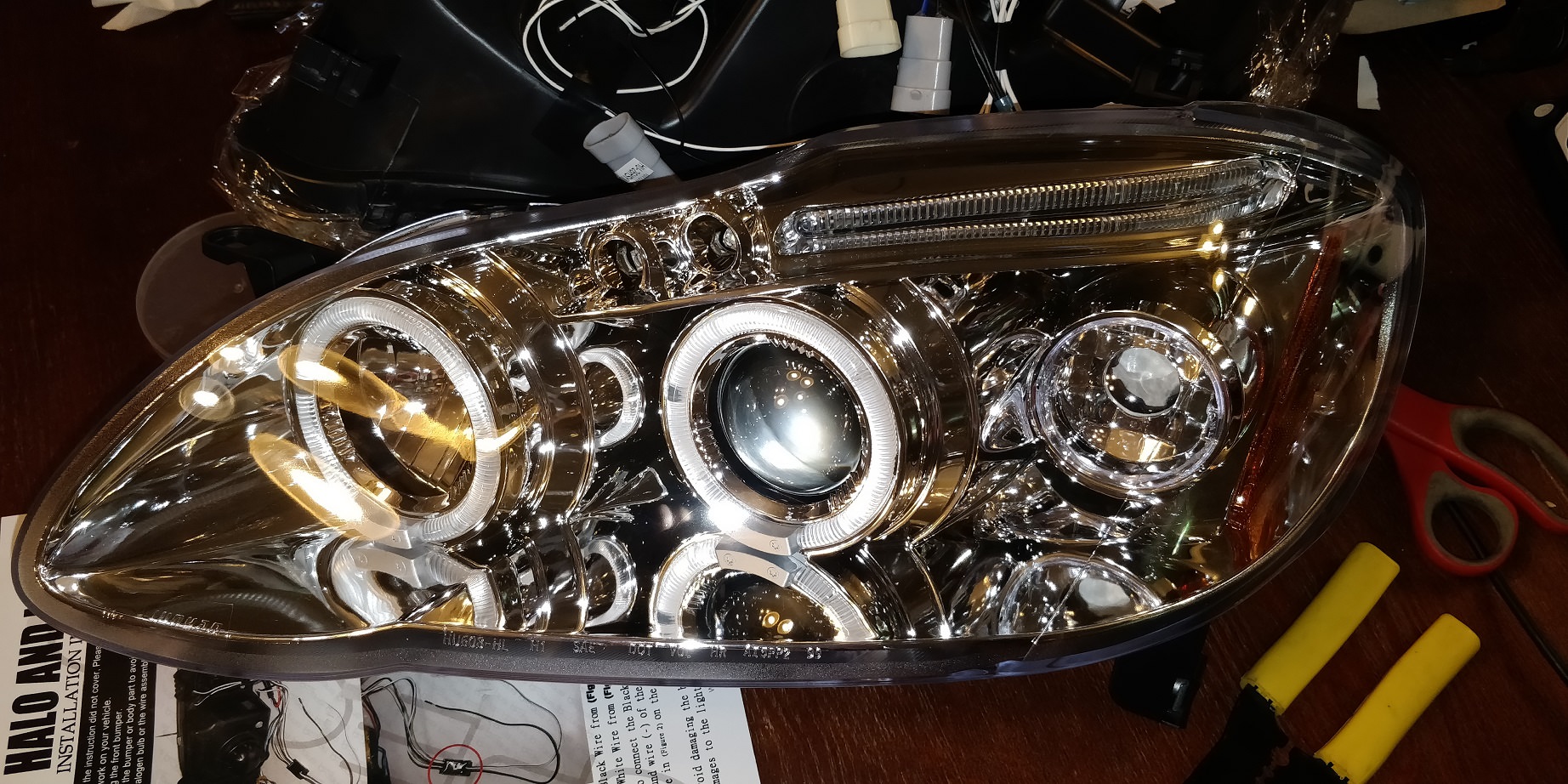 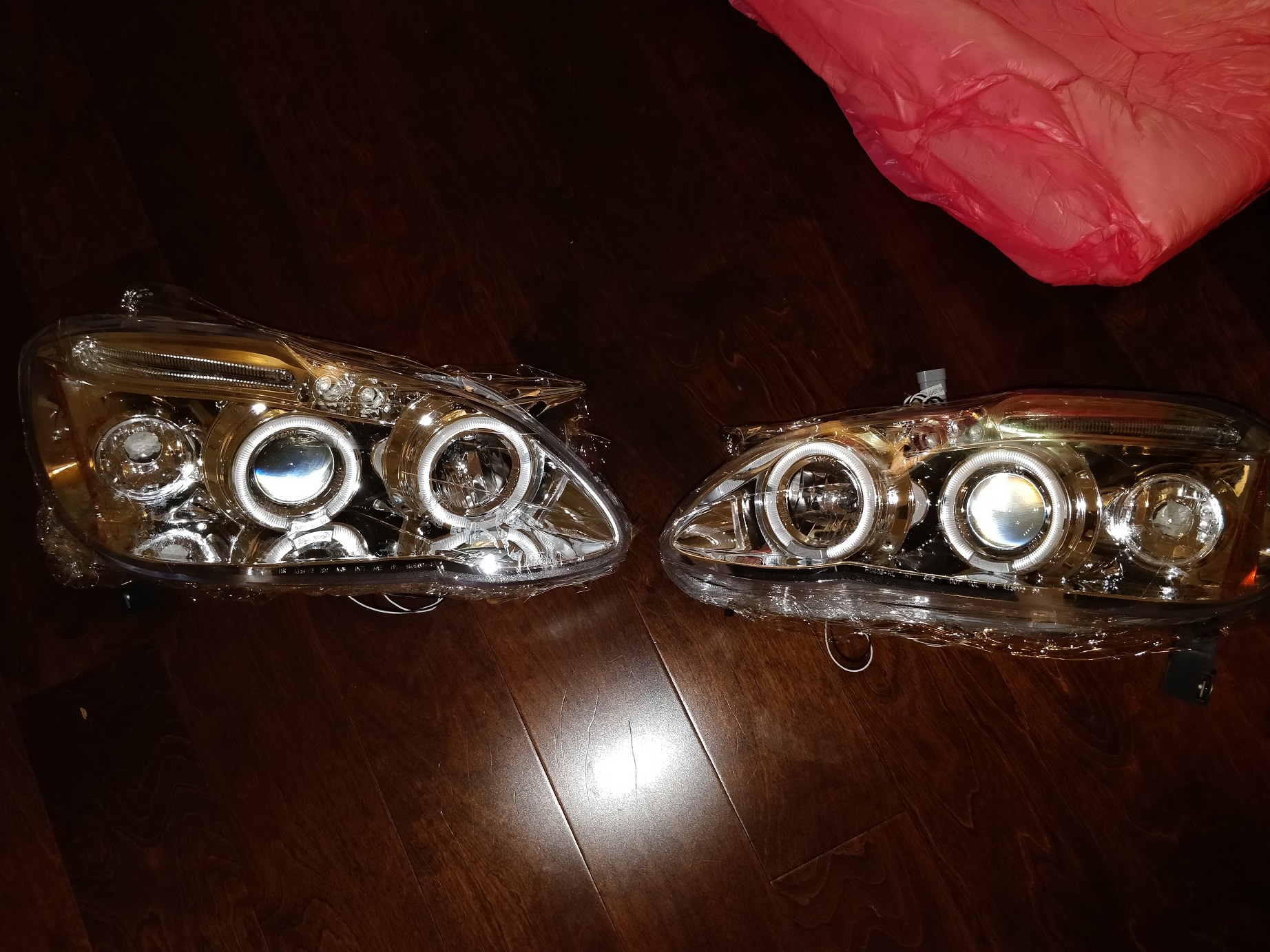 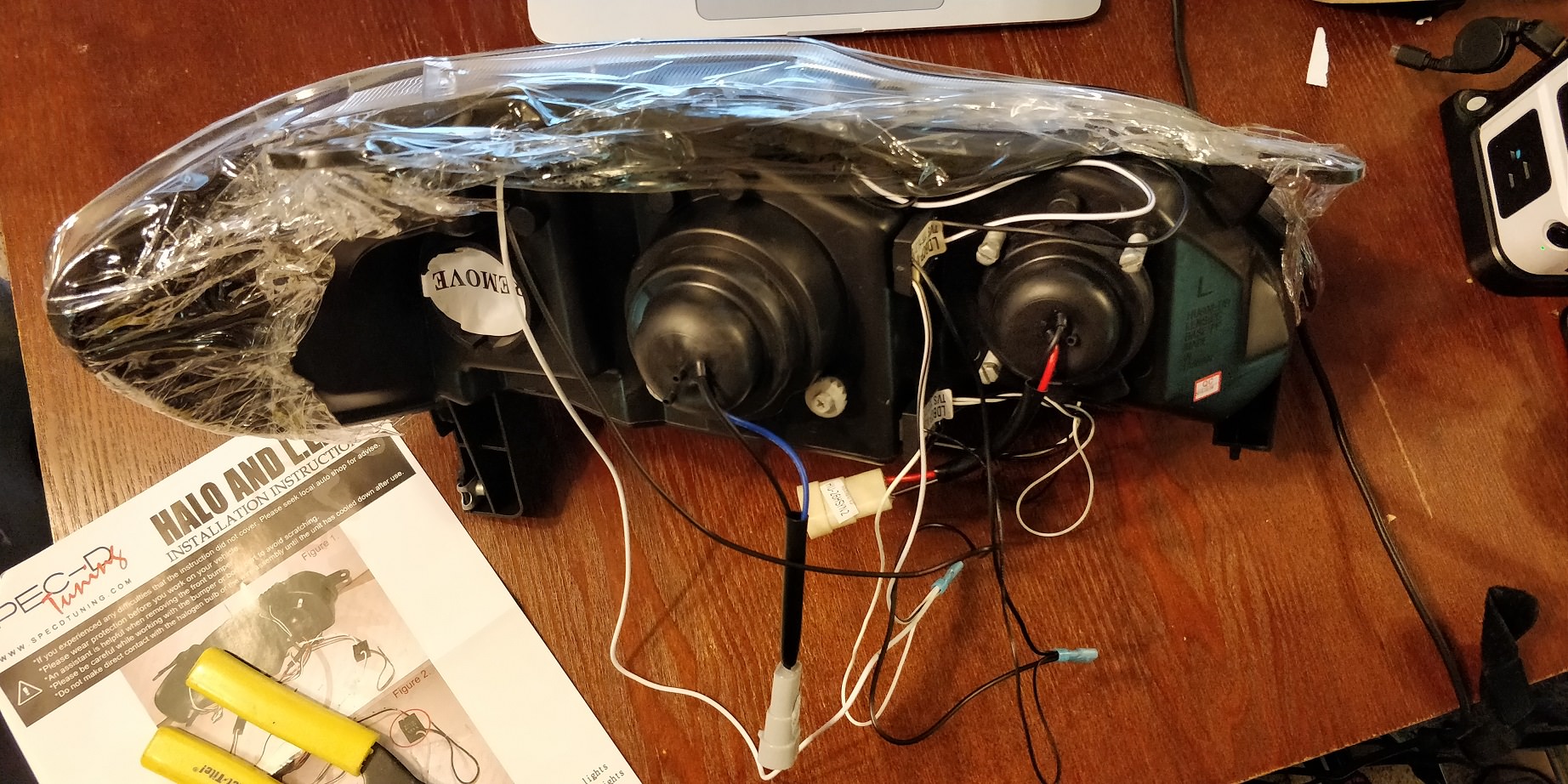 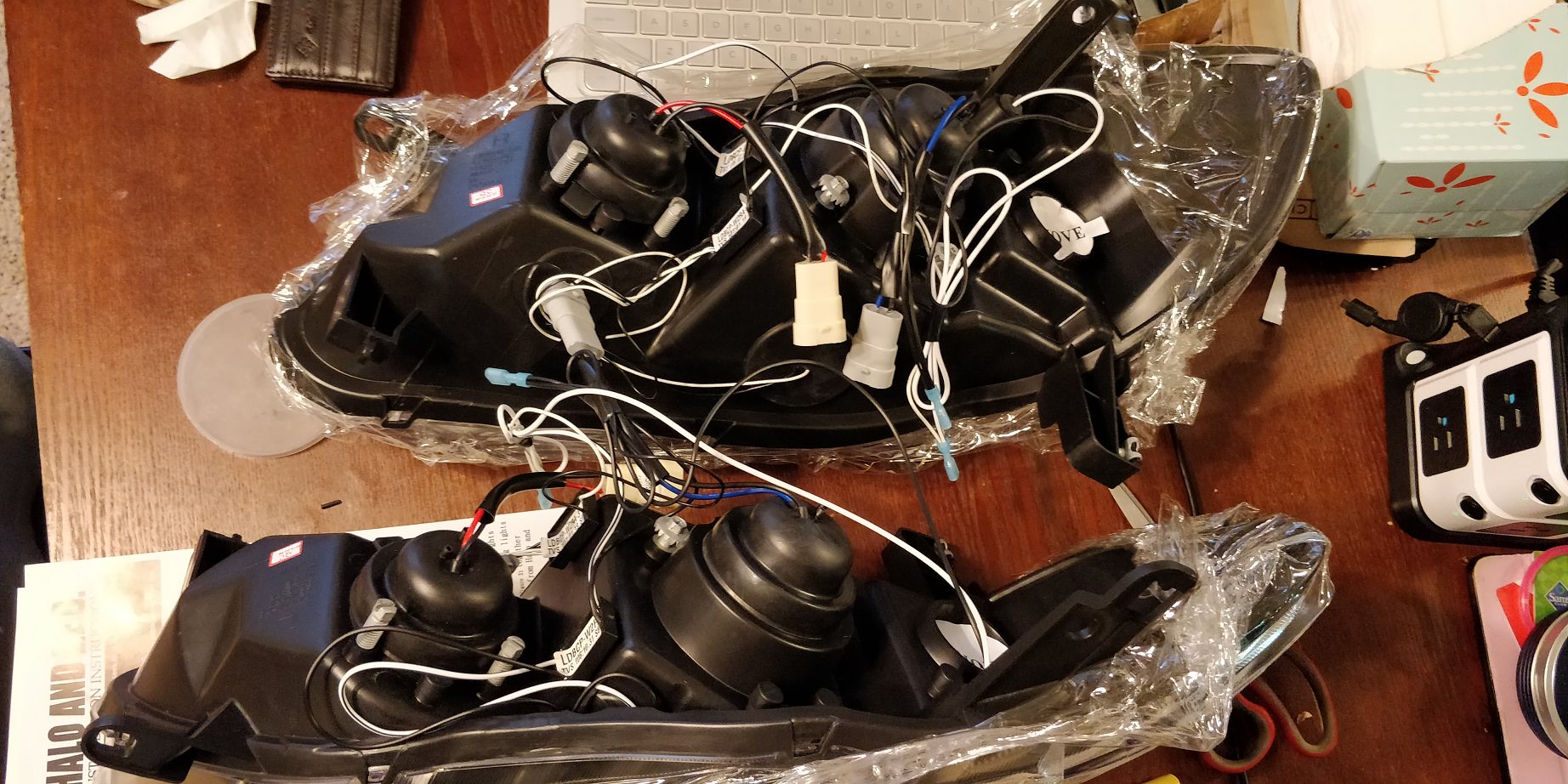 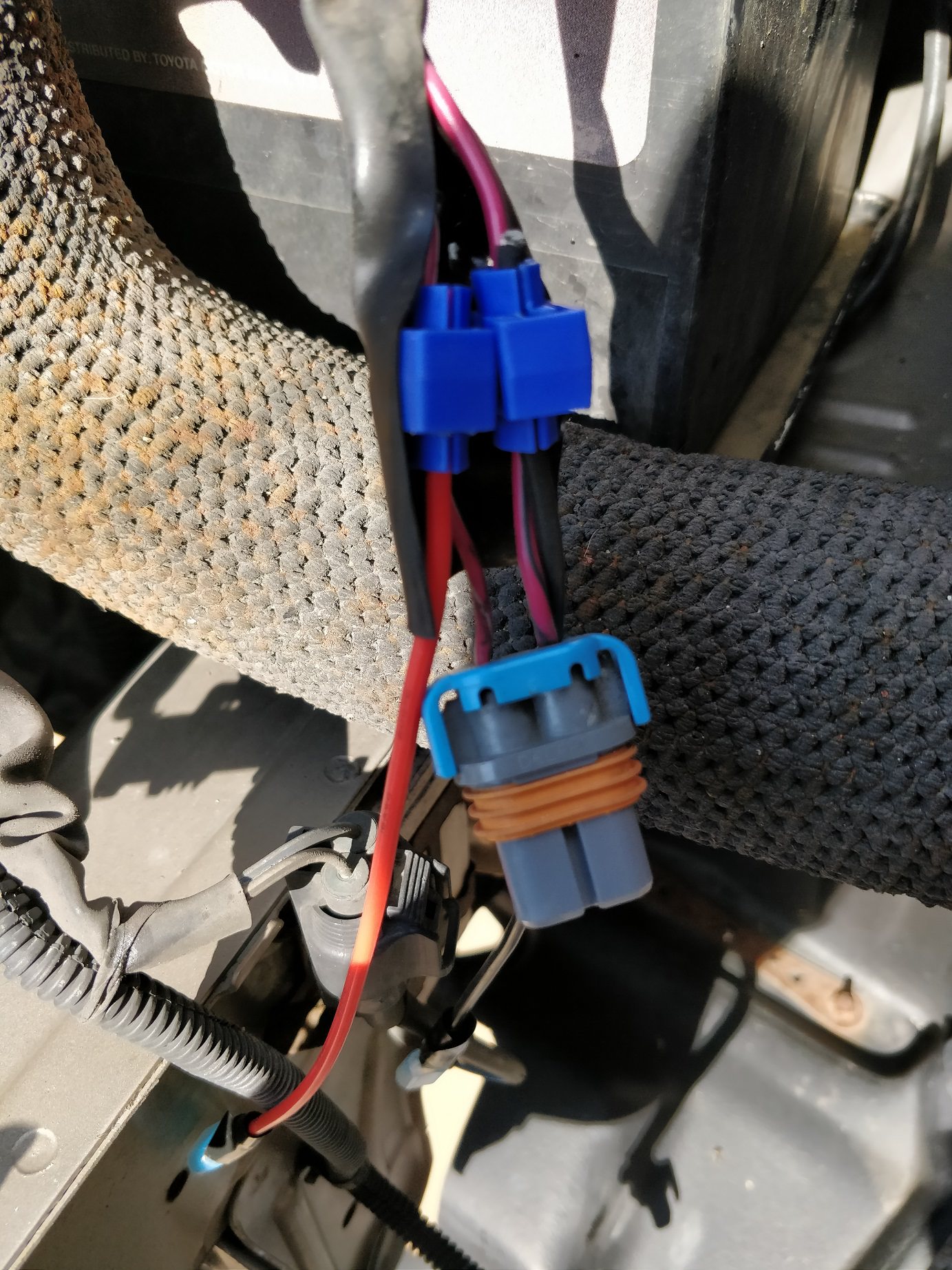 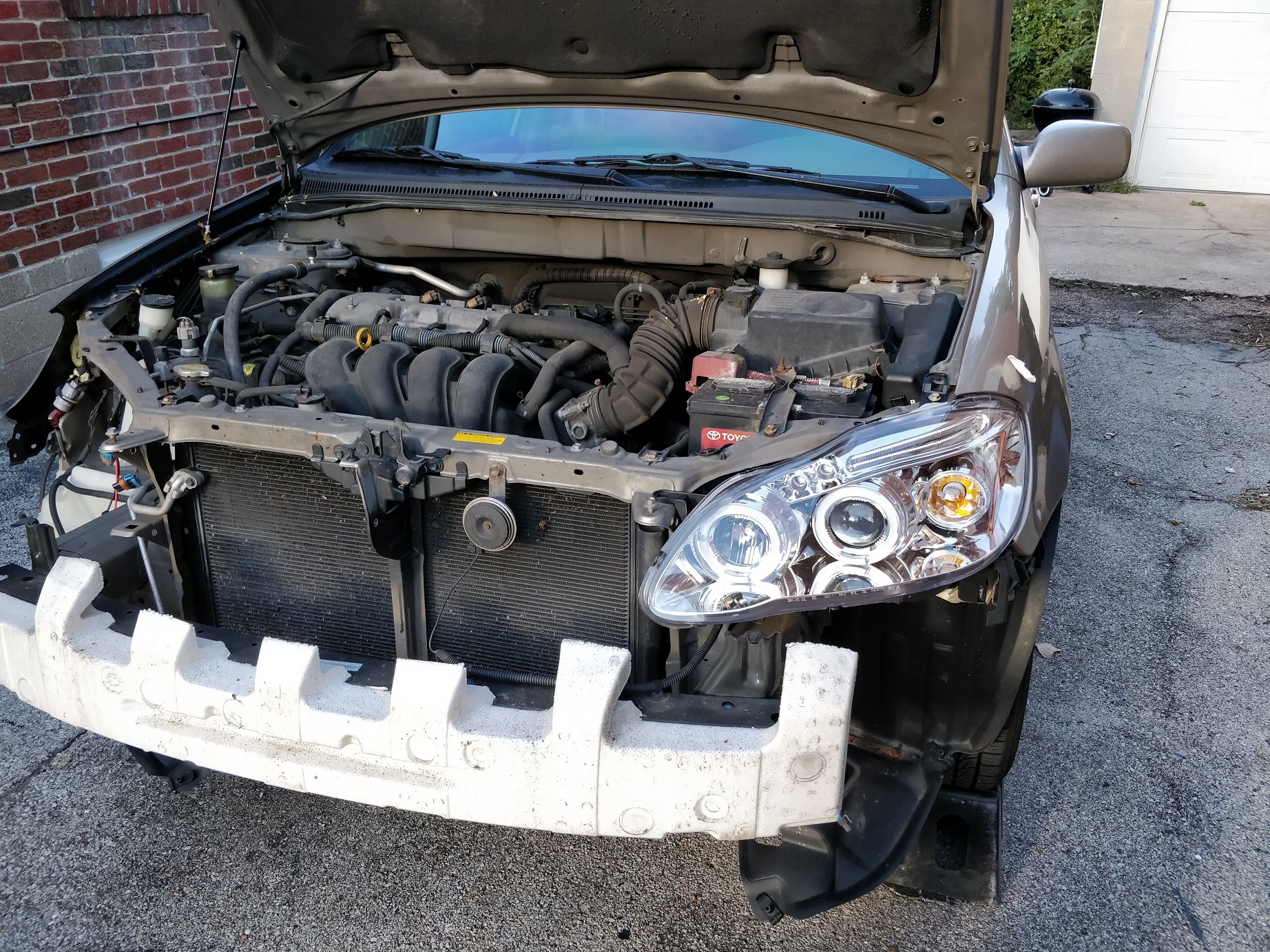 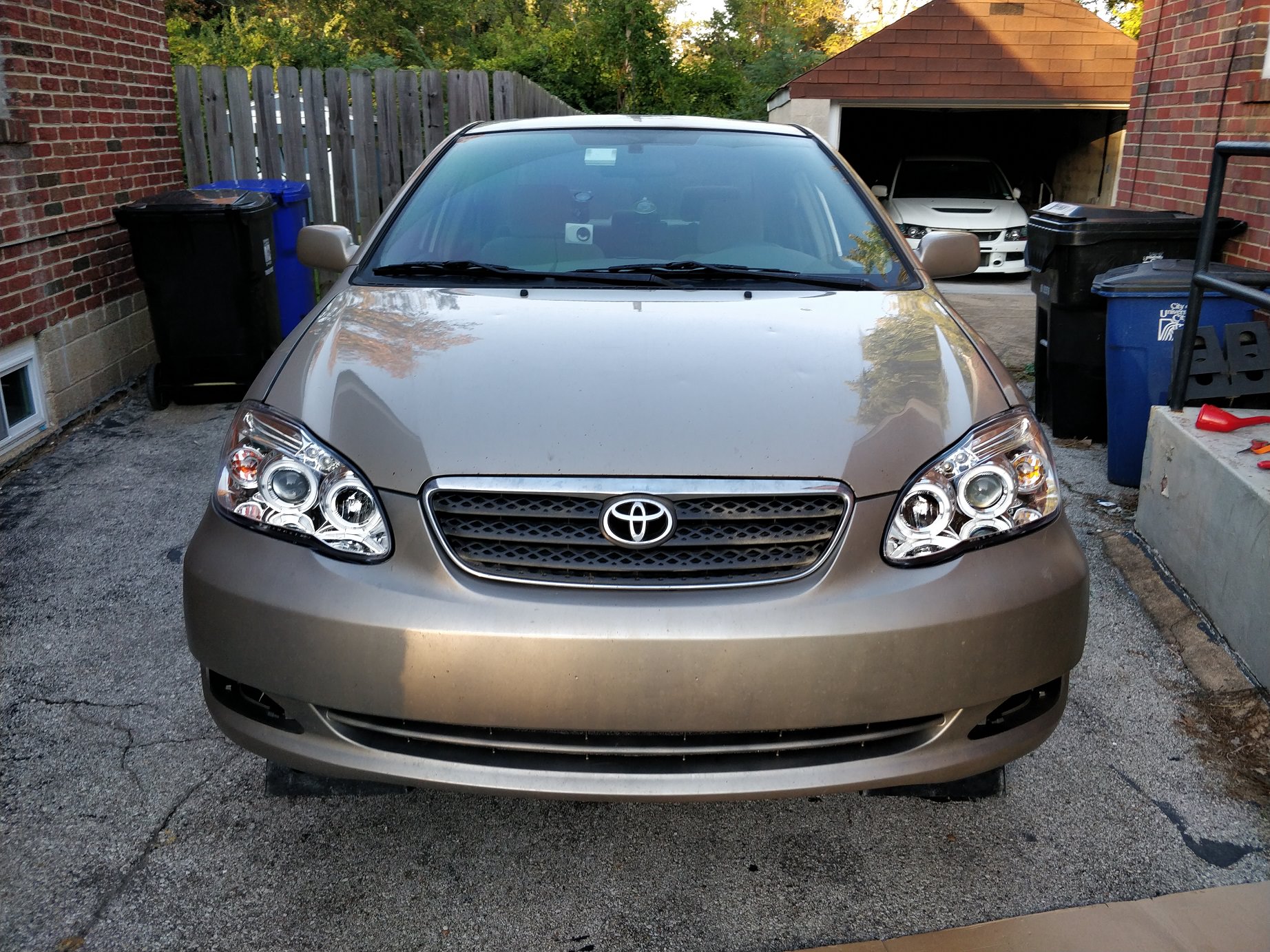 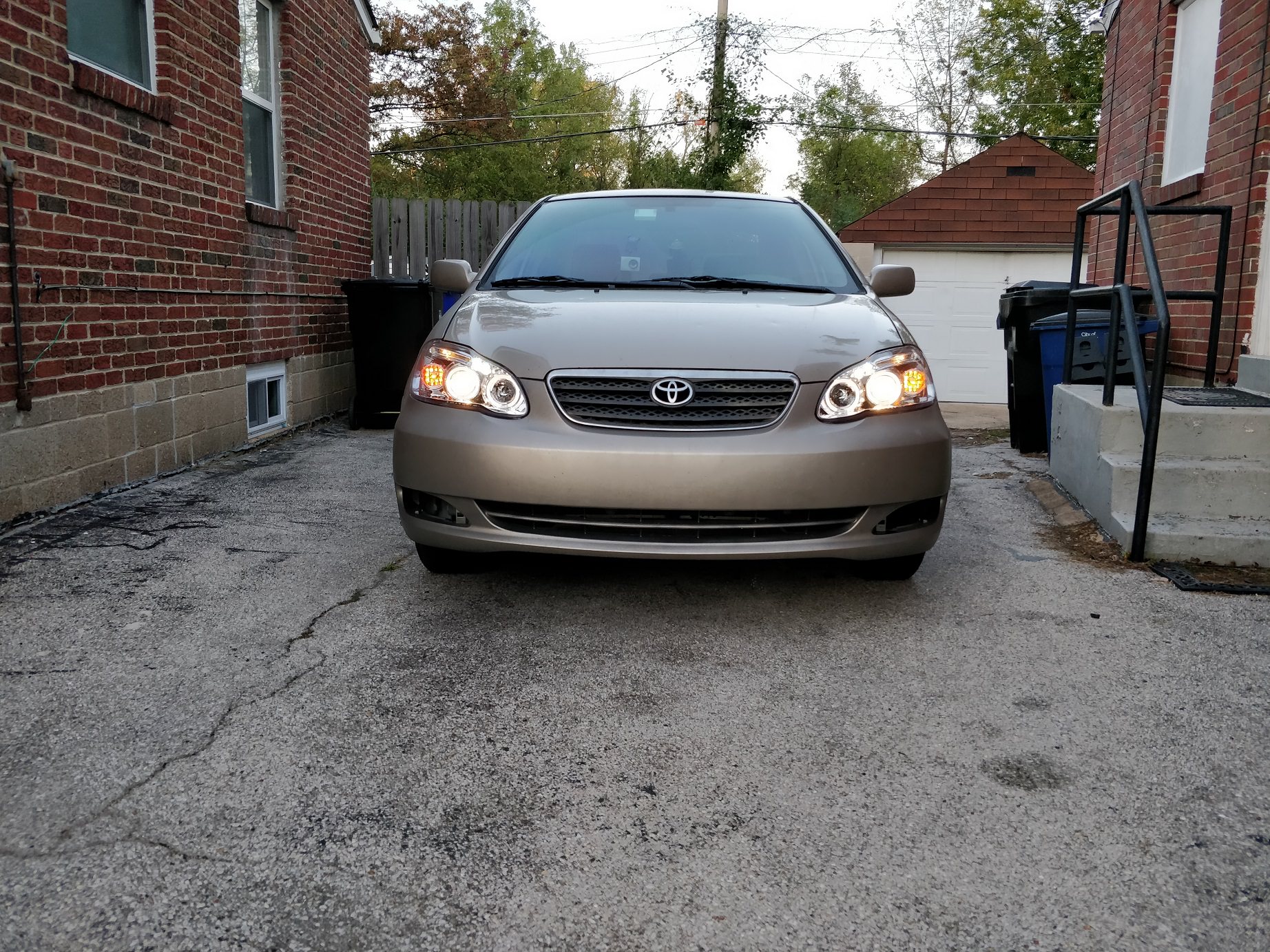