Unfortunately noticed a bit more wear on this run than I would have liked, though as I understand it these are marginal increase at best. Not only that, but the run I am comparing it to, I did fill and drain a little thinking I was low on oil – I was not at the time, had misread it. So it could be a similar run in wear, but inconclusive at this point. Worth nothing still, silicon and sodium were up – almost indicating that the air filter or oil filter weren’t doing as good of a job as before. I actually put an air filter sleeve on the filter to filter out even more than before, so it’s odd to me if the air filter is the cause. This is an oil filter test where I’m trying to keep all other factors similar, and it SEEMS like at this point the Fram Ultra didn’t do as great of a job as the Amsoil filter did – bummer, as Fram Ultras are way easier to get a hold of. I may give it a try again later, depending on how things go though.

Otherwise, despite the increase, still a decent oil report. I do think an oil with more moly would be beneficial to the Evo as well, so I am looking to test more oil after I get one set of runs in with the Purolator Pure 1 filter. 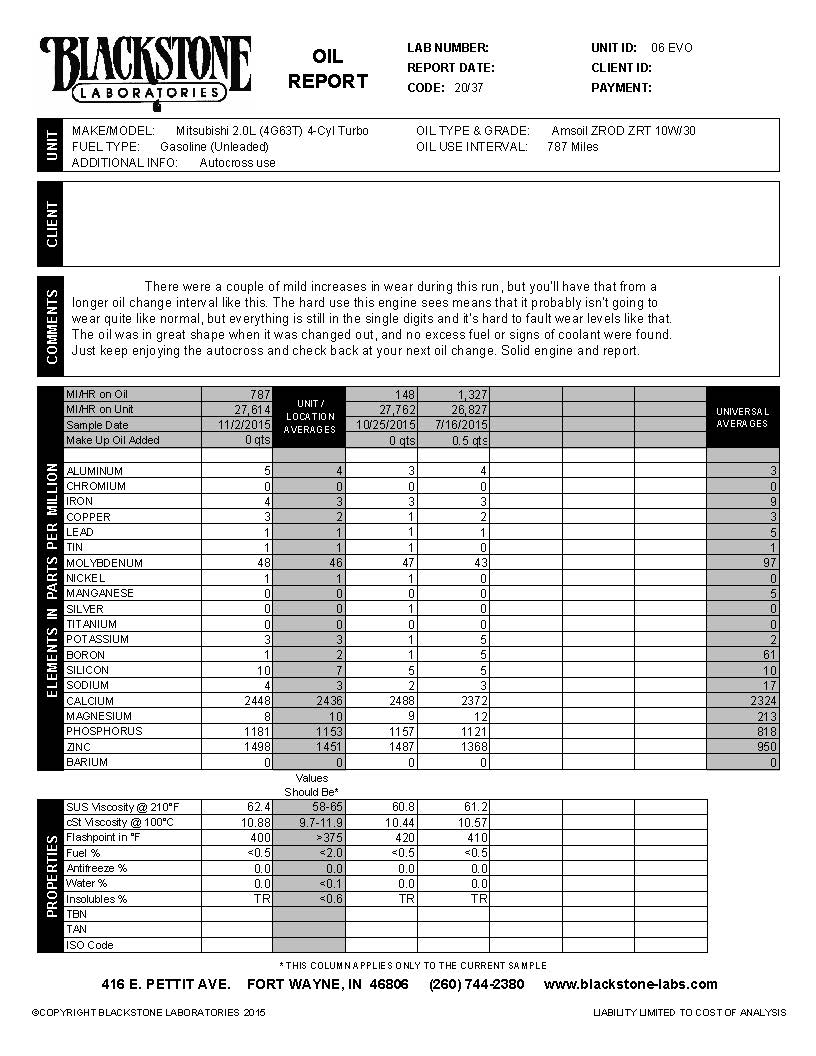