Guess I should have changed the oil sooner on this run. This was actually an earlier oil change than I had originally planned too. Was originally going to stay on this oil through the winter until 15k miles or so to more closely match the previous run. Good thing that I did not. This run was with a much larger oil filter to test if a larger filter would have any impact on the oil run. Unfortunately, I don’t think any conclusions can be drawn from this oil. I’m not sure why exactly the wear went up so much, but the first thing to probably address is the filter. I was using a WIX filter, and actually on the last oil run as well they noted the high silicon values, and thought perhaps the oil filter was to blame. Silicon went even higher this time, oil was thicker, flash point was lower, too much fuel in the oil, on and on. In addition, perhaps the oil filter wasn’t engaging the bypass at the appropriate times, though I doubt that to be true.

Decided to go with the shorter run this time around because I figure this will be the new norm for the Corolla. Usage dropped due to our acquisition of the Fit. Next test, a Fram Ultra filter spec’d for the Corolla and Redline 0w20 – this oil isn’t designed as a long term oil, but will give it a shot for 10k/1yr. I swapped the air filter back to the OEM air filter, which was a good bit more expensive, and I gave the air box a good cleaning, which was very dirty. A ton of sand/dirt/dust in there, no idea how it accumulated so much. We’ll see how the next run goes! 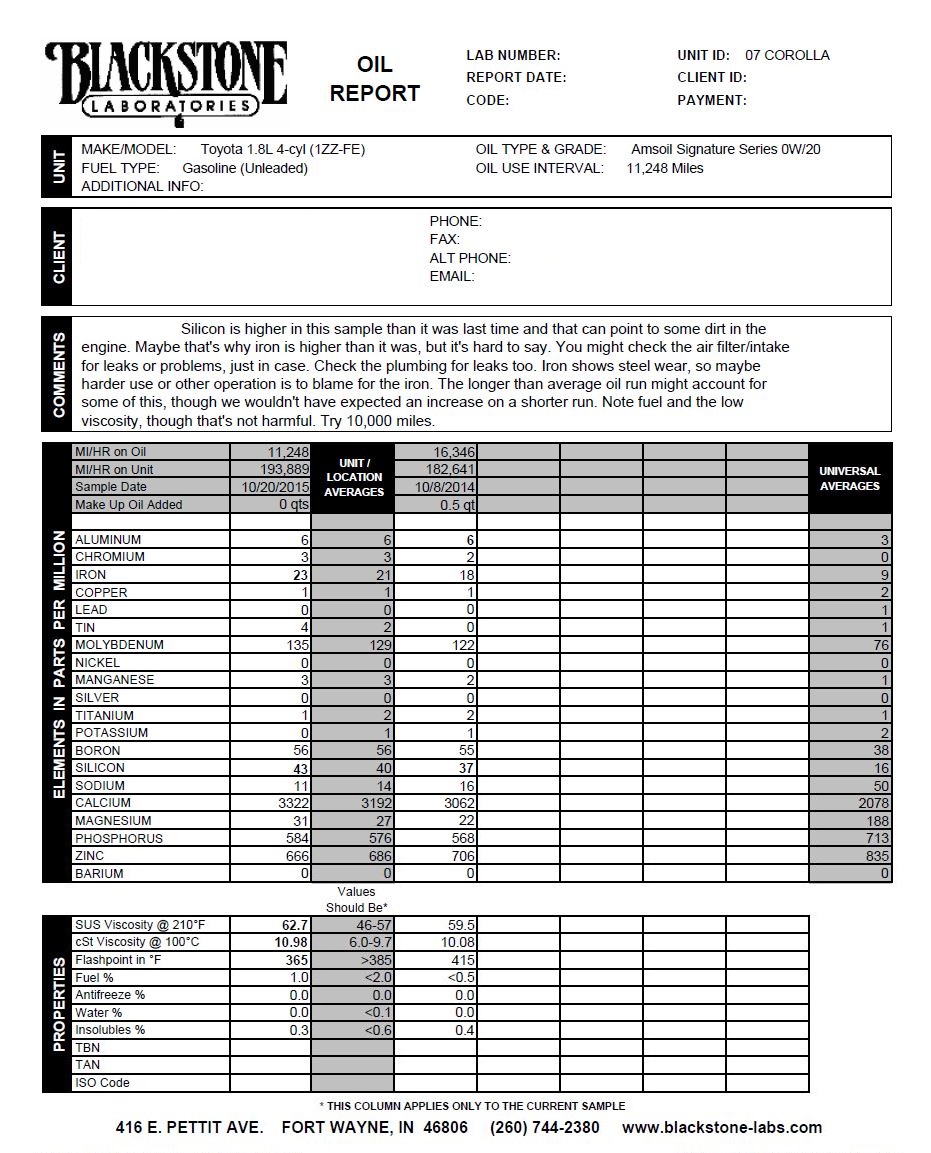