With the 2015 season prep underway I wanted to share a quick post about bumpstop tuning, or at least my understanding of it. One of the updates I will be doing to my Mini this year is swapping the rear bumpstops out in hopes of getting the car a little looser, so I thought this would be appropriate timing.

The traditional/standard use of bumpstops is as a final measure to prevent the damper from bottoming out. Typically made out of some kind of polyurethane & in cone/christmas tree shape, like shown below. 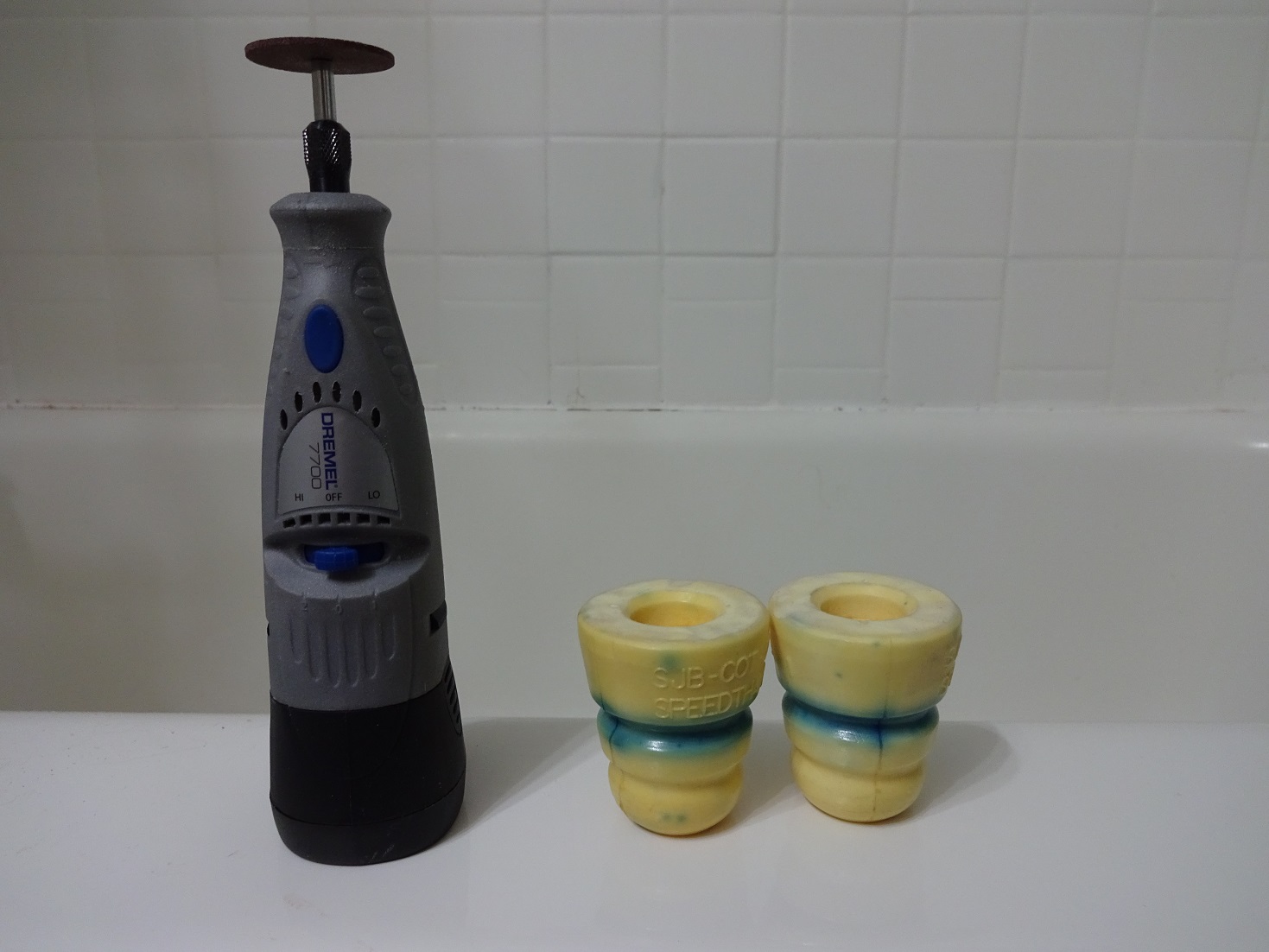 However, manufacturers have been using bumpstops for a long time in order to tune the behavior of the car. A lot of the time what they do is tune the springs to give the car a “sporty” feel, and then have a very stiff bumpstop up front to make the car understeer if the driver really gets into a problem. Bumpstops inherently have spring rates, and manufacturers adjust these rates to adjust the behavior. This same philosophy has been applied and is prevalent in the “Stock/Street” class world of SCCA Solo, where springs must be from the factory but dampers and bumpstops are allowed to be swapped.

The rule allows for any bumpstop of any material to be used, as long as it is no longer than stock. It can be shorter than stock. Why this rule has been worded in the way that it has, as well as why the Mini has been so successful, becomes readily apparent from the table attached below. Special thanks to Mark for the original table this is based on. 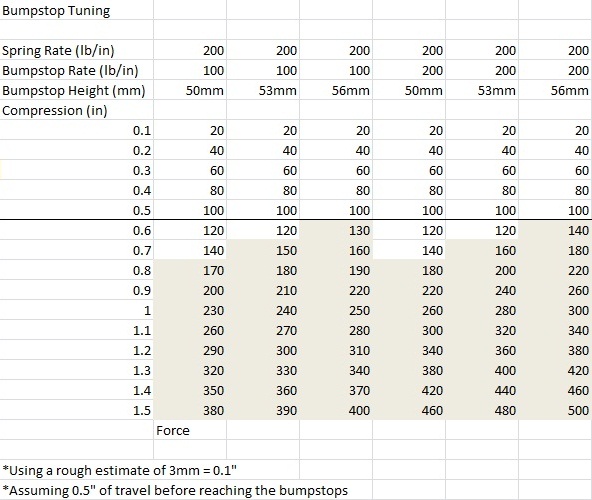 Three main implications come from this:

The first is that the spring rate of the bumpstop plays a factor in the total force. With the assumptions given, a full height (56mm) bumpstop will become “activated” once the spring compresses 0.5″. The suspension then comes in contact with the bumpstop itself, which provides it’s own rate. This rate is compiled with the spring rate, and the total force is higher than it would have been without the bumpstop. A higher bumpstop rate gives a higher overall spring rate. This is how stock class drivers can use bumpstops to essentially achieve a higher rate without violating the “stock spring” rule.

The final implication is that this depends on your suspension travel. For cars that have tons of travel before hitting their bumpstop, this is a non factor. For cars like the Mini, which are said to practically ride on their suspension, these obviously play a huge role in adjusting the behavior of the car. If cars in “Stock/Street” were allowed to use any height they wanted, they could select a bumpstop tall enough that they would almost always be riding on it, effectively having a very high spring rate. SCCA’s rule at least limits the maximum height, which means cars with shorter suspension travel such as the Mini can take more advantage of this.

Below is a general guideline for tuning bumpstops. 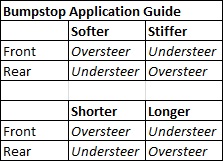