Recently noticed a trembling with my Corolla on the highway. Thought the car might need an alignment, but when I brought it in we discovered the car was trembling because the left front brake has been clamping down on the rotor and wouldn’t let go. We noticed the brake hose was kinked and thought that might be it, so I ordered new hoses and brake fluid to do a flush as well. Unfortunately when we started removing and replacing things, we soon discovered that it was the caliper that was the problem, as the piston would not release any after adding brake pressure, thus being the problem. Ordered some very nice refurbished calipers from Rock Auto, and the how-to is below! I will do the flush how-to at a separate time.

Car had about 190,000 miles on it when I did it with the calipers being originals, so I expected a fight. I’m combining the caliper and hose replacement instructions, but they are somewhat separate and straightforward. This is surprisingly an easy job, and I am really not the most mechanically inclined person out there. The brake hose was actually the most time consuming bit, but for the right side I sprayed it with PB blaster several times the day before and it gave me absolutely no problems. While these jobs were surprisingly straightforward, please do these at your own risk, and you must bleed the brakes afterward. 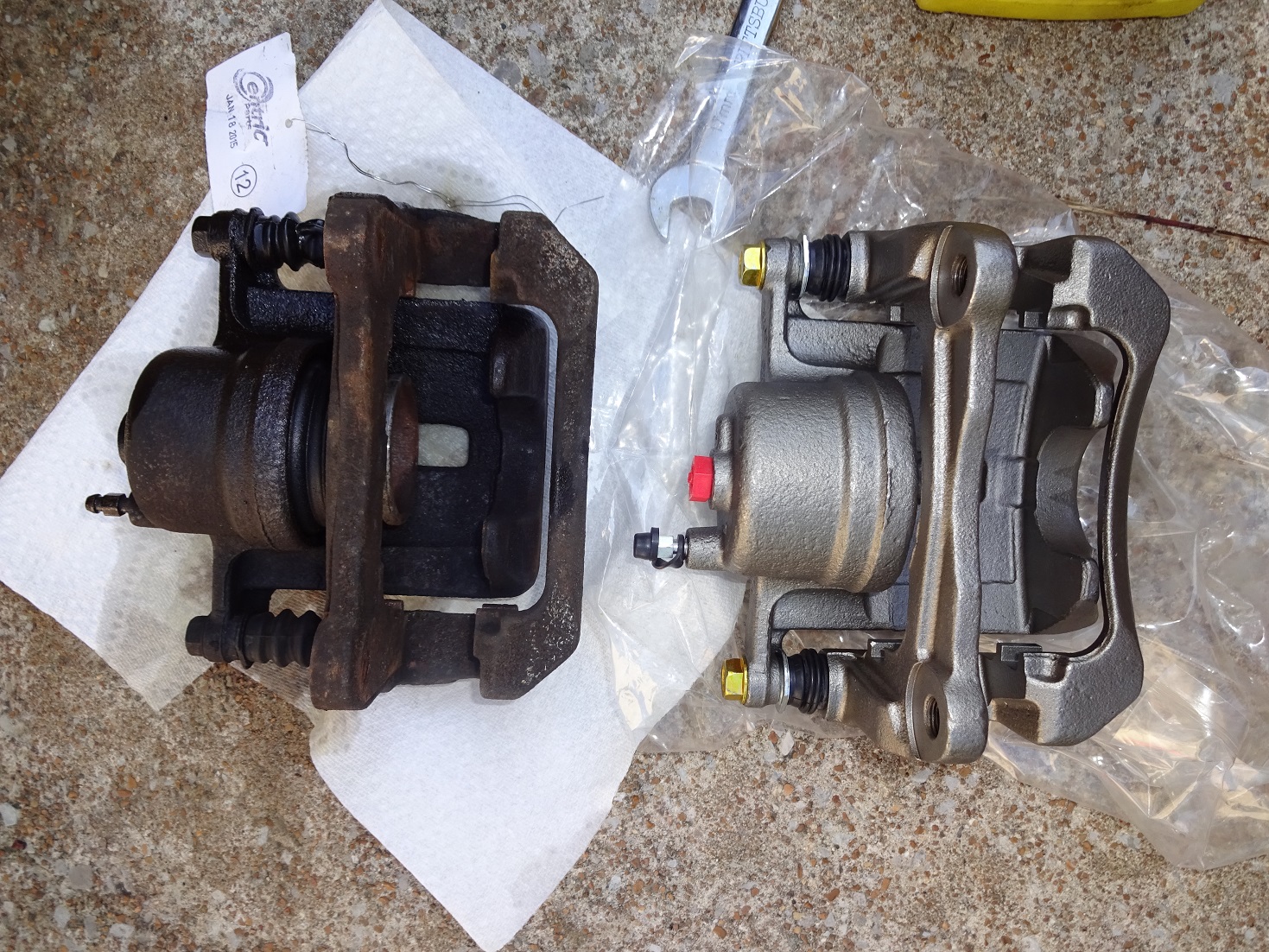 Prep the new caliper. Insert the clips that hold the brake pads, and then insert the brake pads themselves. I paint the back of the pads with antiseize for noise control. Position the pads into the caliper as shown. There are “arms” that will slot into the metal clips to hold the pad in place. If you are only replacing the pads, you will have to remove the caliper first (see the rest of the steps). Once the caliper is out, leave the pads on and use a c clamp to push the piston back into it’s “starting” position like the calipers shown above. Once that is done, you can simply pop out the old pads and insert the new ones. 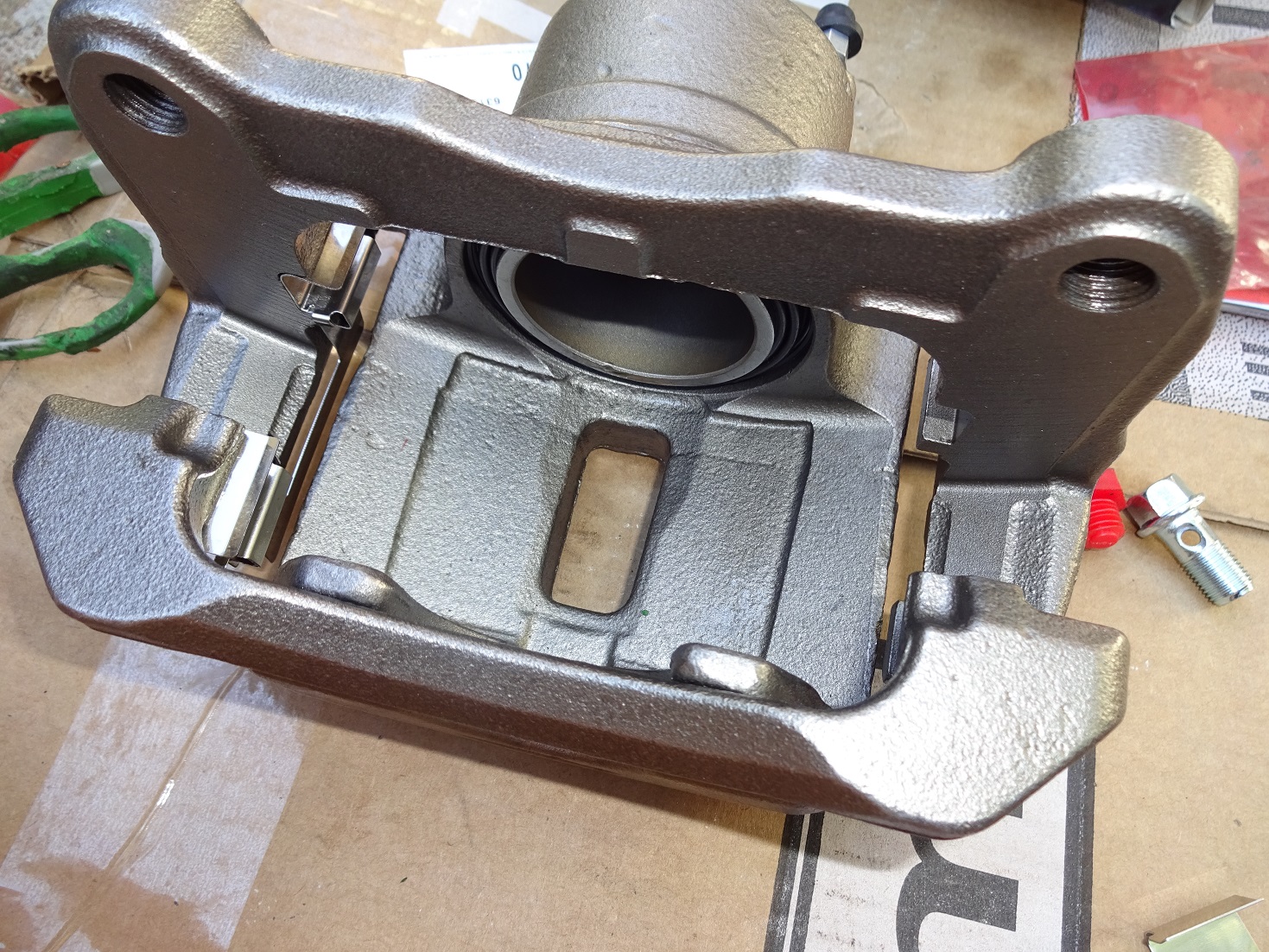 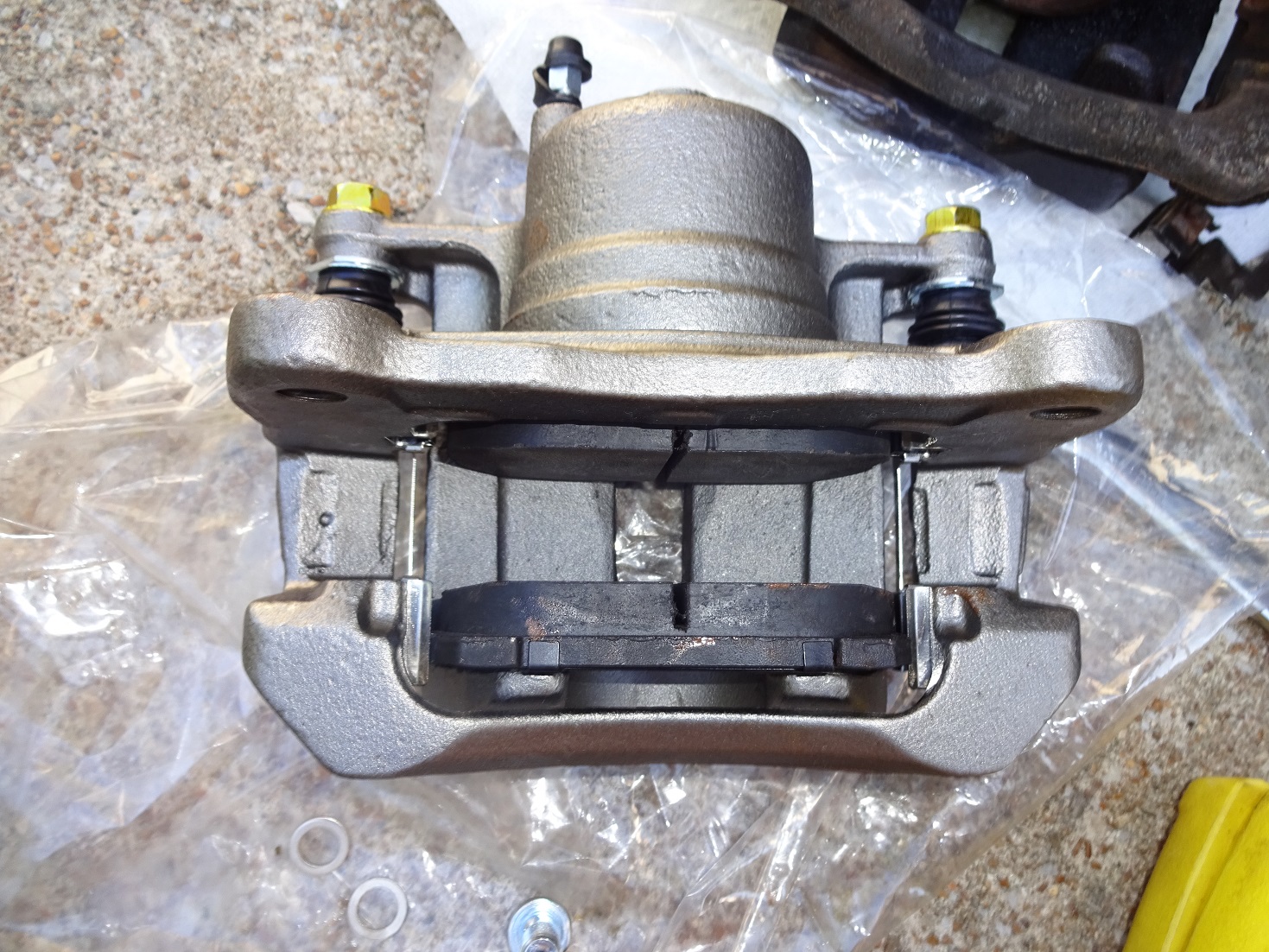 Remove the hose from the back of the old caliper. Takes a 14mm wrench to uninstall the hose. Prepare a pan underneath, as it will leak from the caliper and the hose. 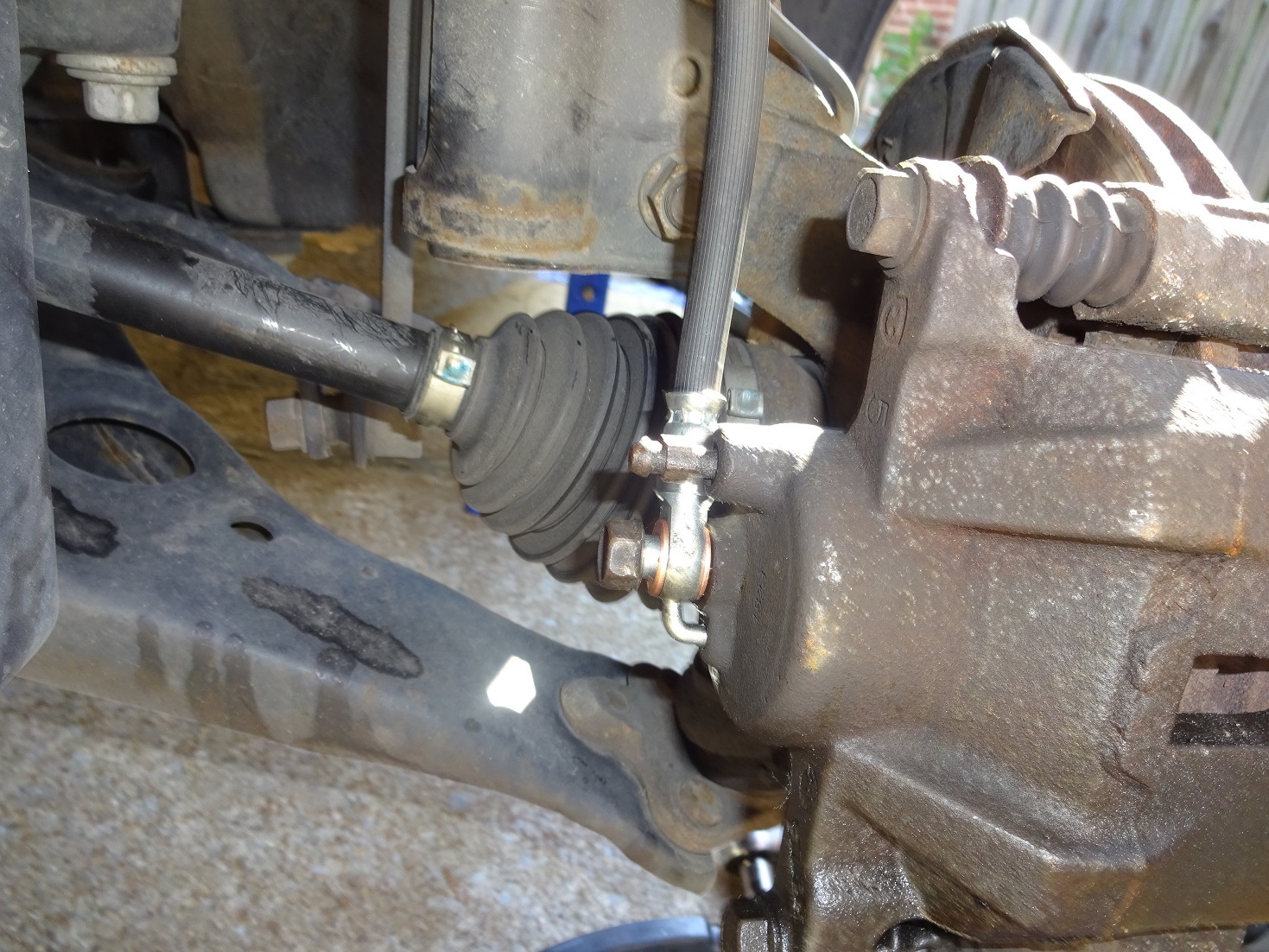 The only other thing holding on the caliper are 2 17mm bolts, one at the top as pictured and one below that. Look carefully to make sure you are undoing the correct bolts: 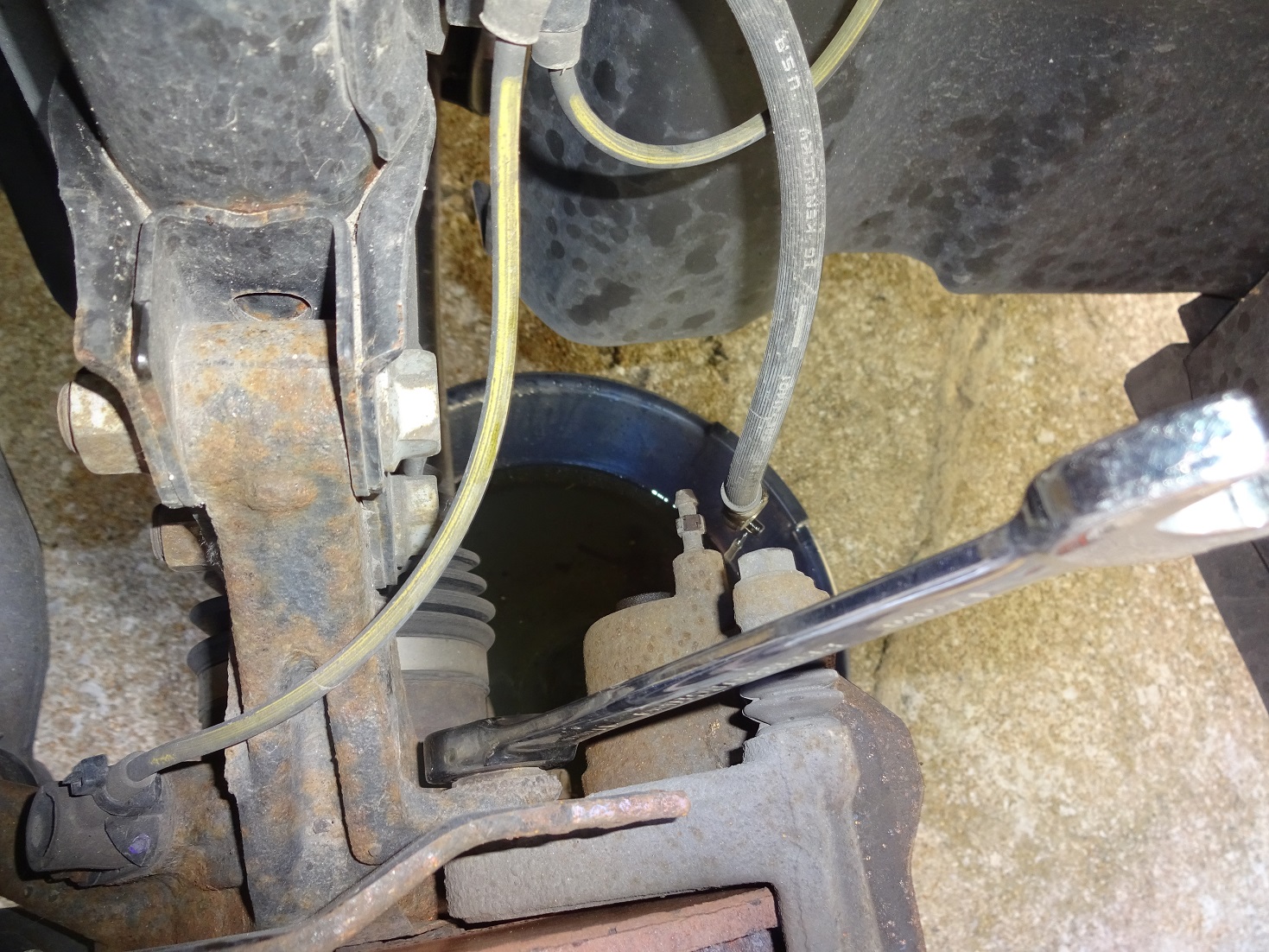 Once removed, be sure you are installing the correct side caliper. There’s only one way it will go on anyway. The rest is easy! You just position the new caliper back on, screw on the two 17mm bolts, and finally the 14mm bolt for the hose! 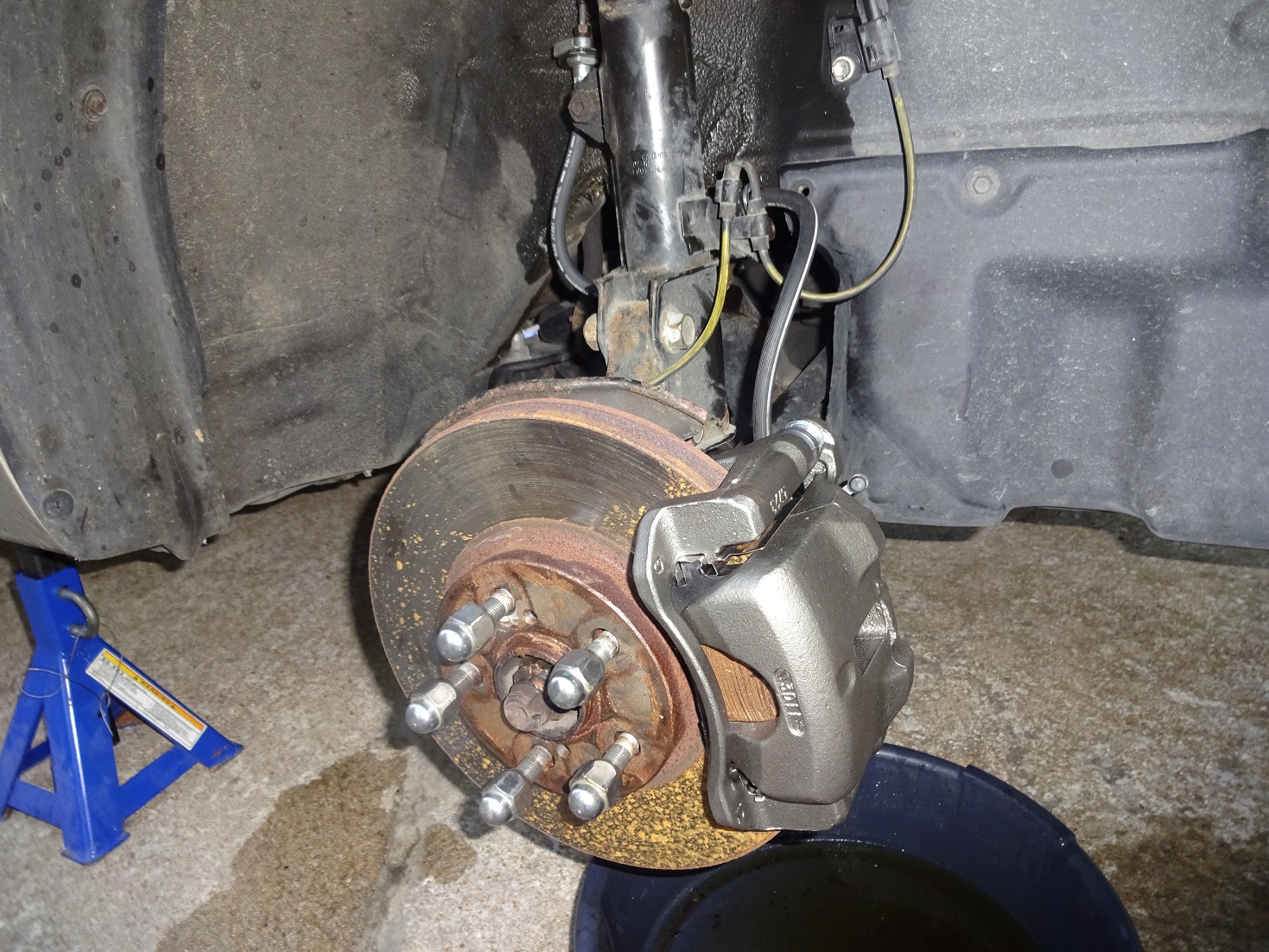 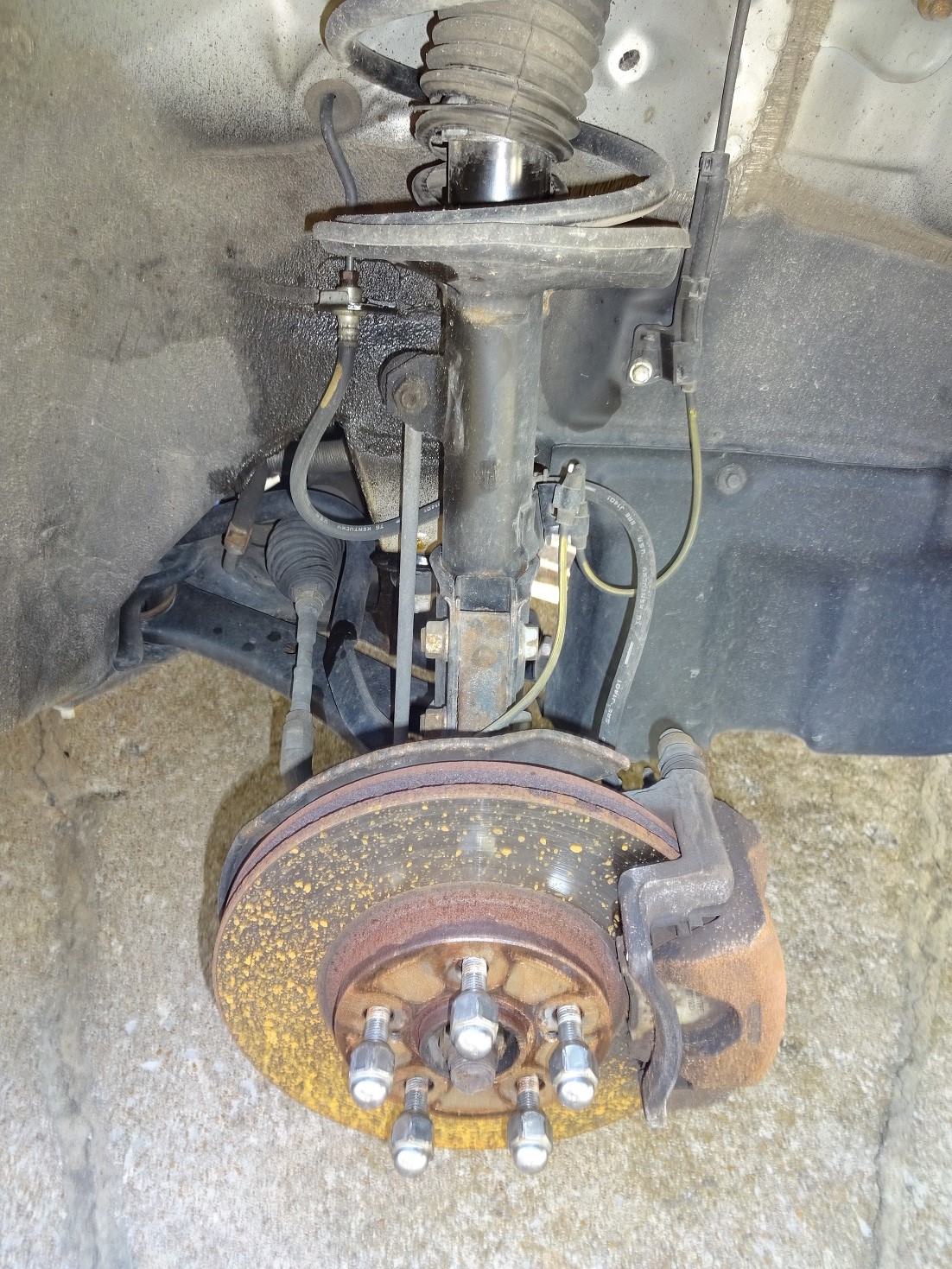 Hit this with PB blaster: 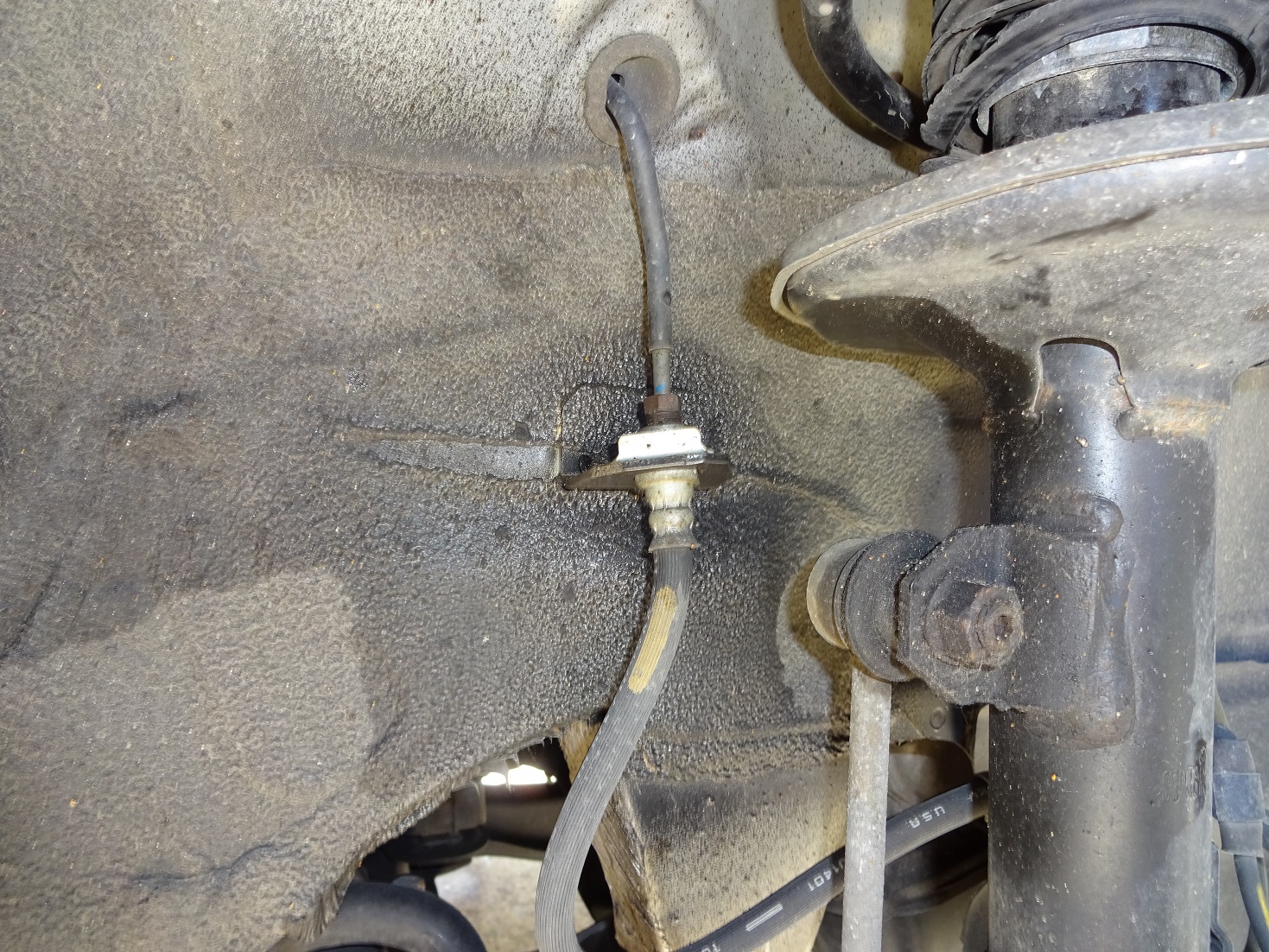 Once that is done, it will take a 10mm wrench to unscrew this nut. Leave everything else in place until you loosen it. 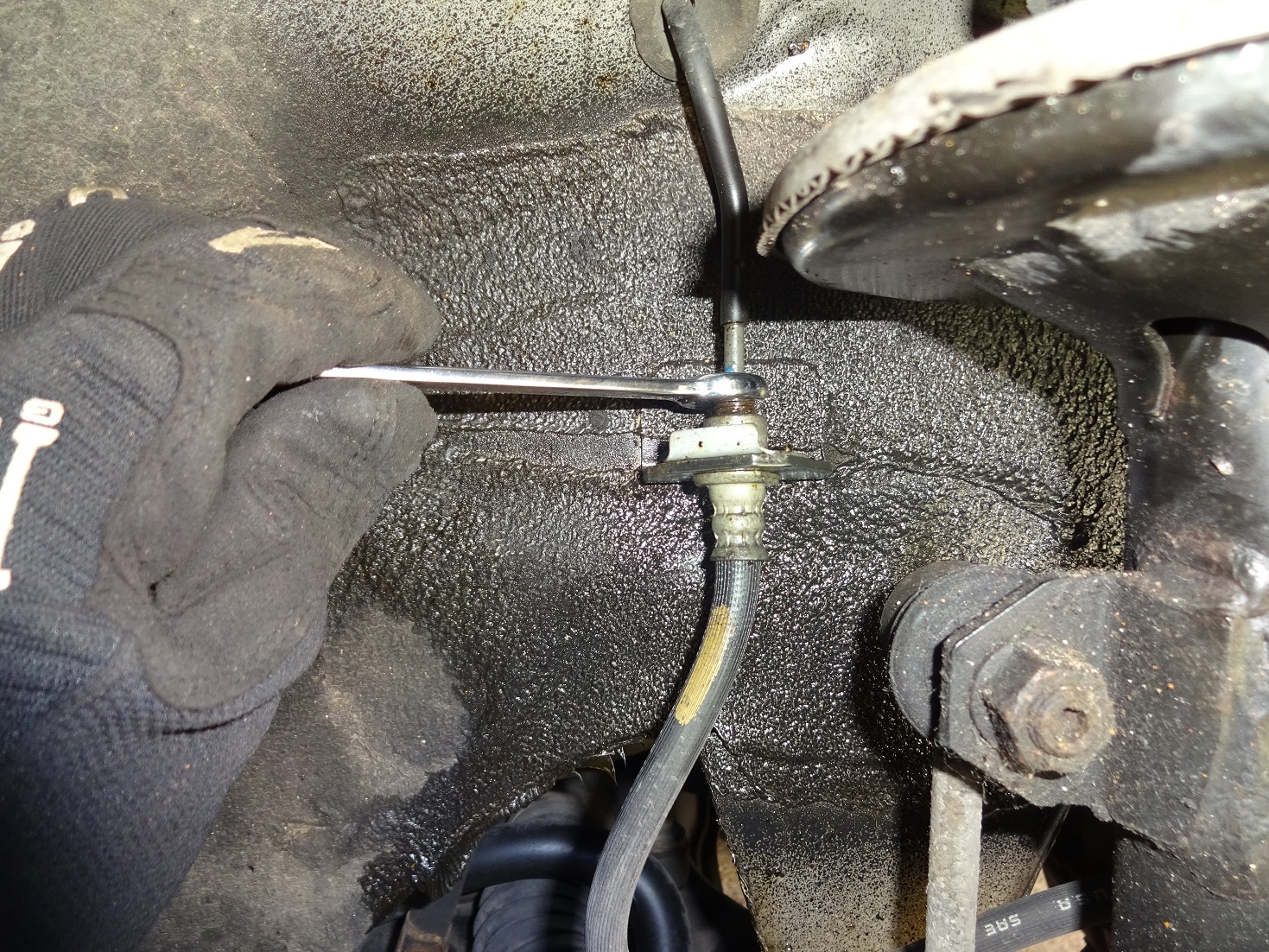 Remove the retaining clip under the nut. This might only require pliers, but if it is hard to get to use something to just pry it off. Once that is done, the hose will come out like so. 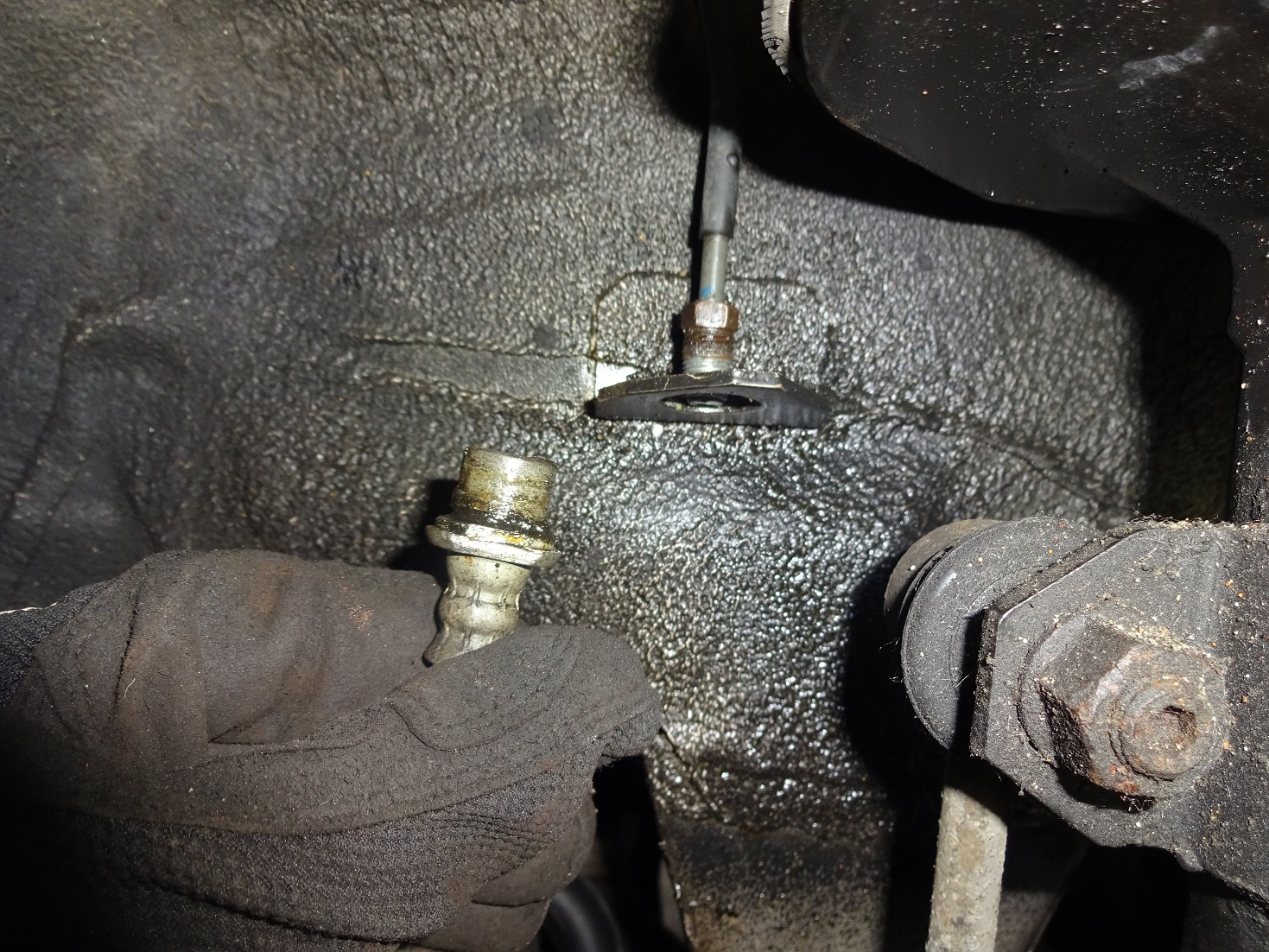 One last bolt holding the brake hose in position. This takes a 14mm wrench as well. Remove the line from the back of the caliper itself. Once this is done, the process is exactly reverse to get the new hose in position. 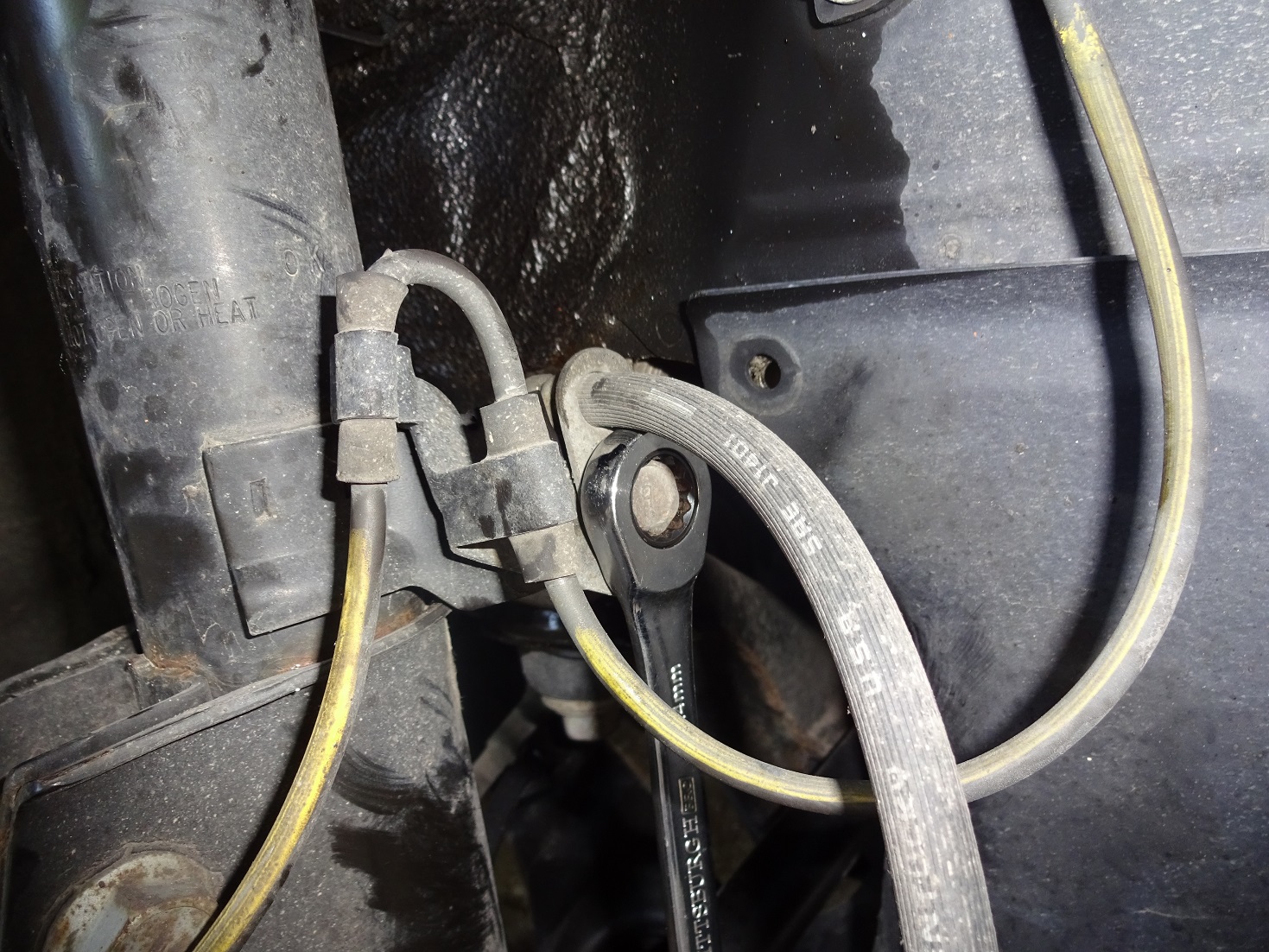 New hose in place. Screwed in at the top with the 10mm nut, retaining clip added, and 14mm bolt that positions the hose back on. Finally, 14mm bolt to the back of the caliper and it’s all set. You MUST bleed the brakes afterwards. 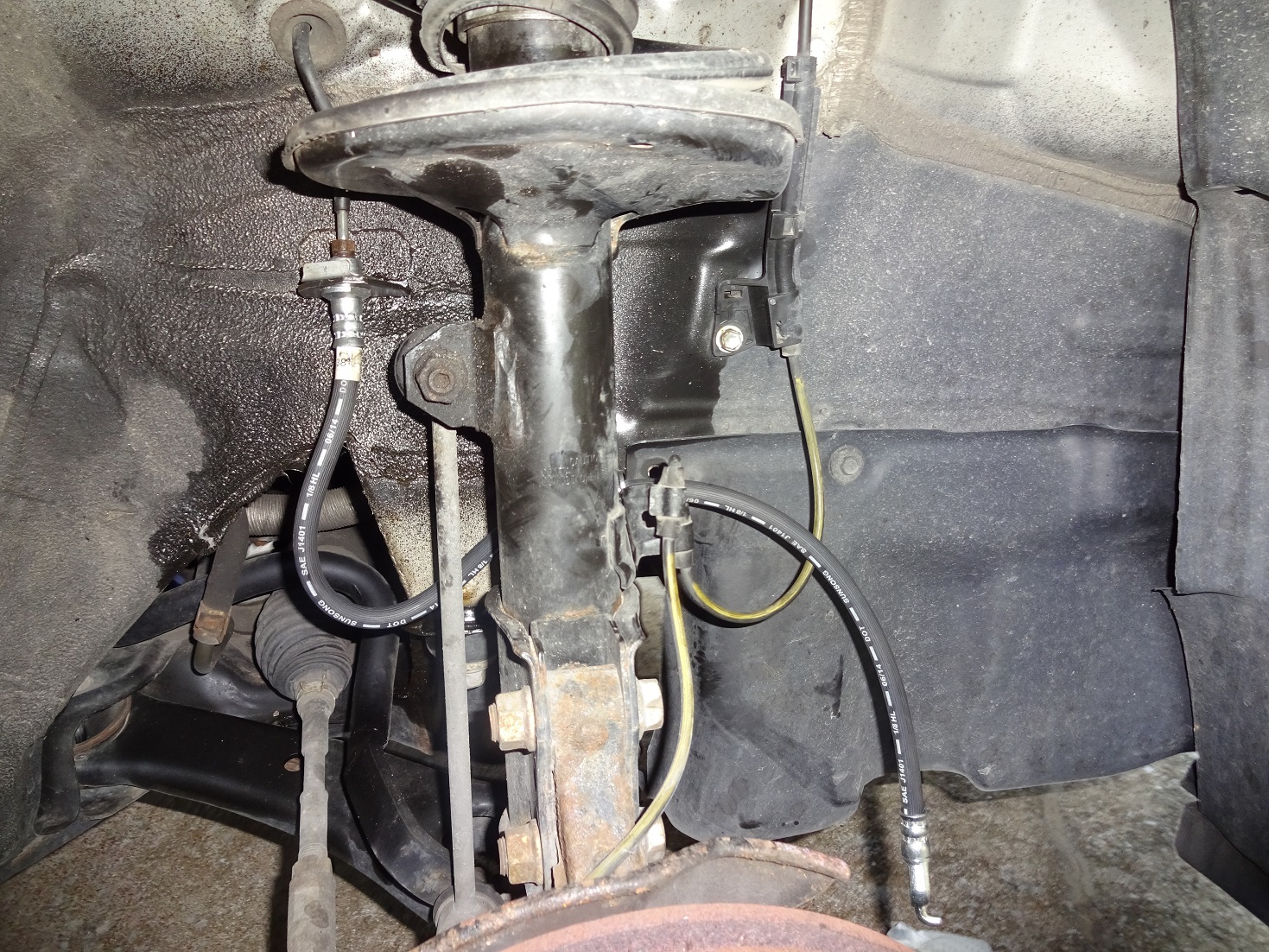