The Evo’s battery had a very sudden death after the CCSCC School & Test n Tune. Drove home, parked the car, tried to start it 2 days later and it wouldn’t go. Very strange, since it started up just fine on Saturday and Sunday morning in Champaign.

Had the battery tested at Autozone and turned out it was bad, so I went and purchased an Optima Yellow Top (D35, AGM). Originally shipped a D75/25 by mistake, I had them rush the D35 to me for the first St. Louis event. Turned out to be a win for me, as they did not require me to return the battery back to them – so I sold it on Craigslist to recoup some of the cost of the battery. Chose the Yellow Top since I’ve got a security system that will constantly be draining power, though I think I will just leave it connected to the trickle most of the time. I had to put a good amount of cardboard under the battery to get it to fit. The Optima is a good bit shorter and narrower than the OEM battery, though the weight is pretty much the same. Pic below. 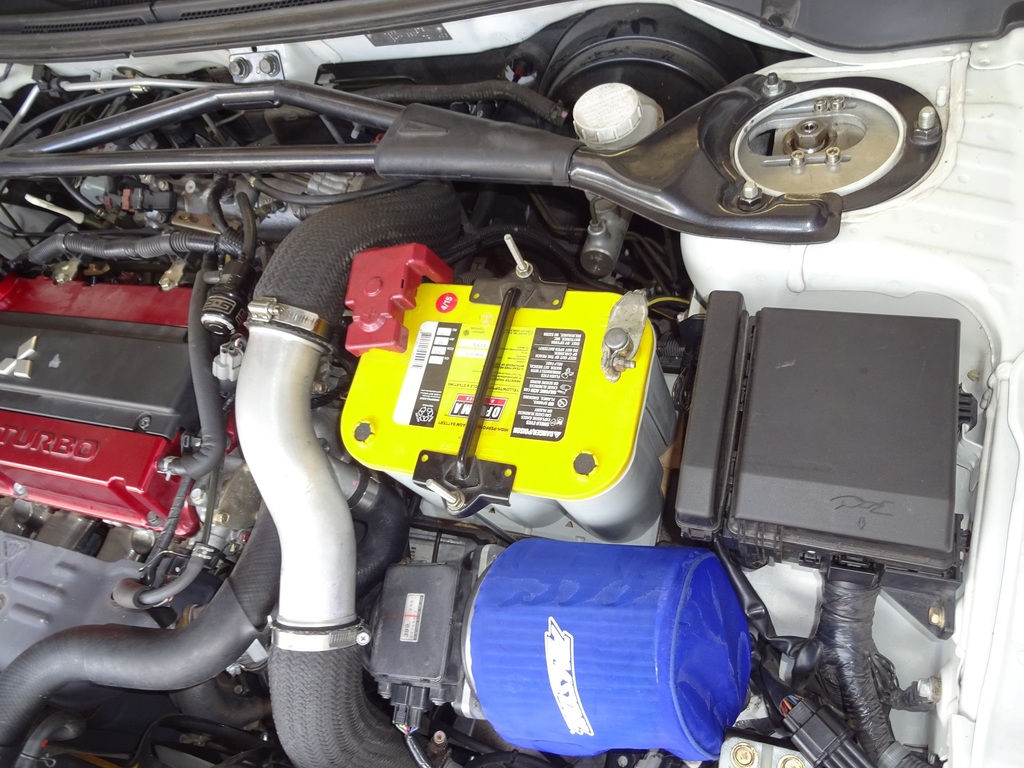 One thought on “Optima Yellow Top”